DECCAN CHRONICLE. | Edited by : GARGI CHAUDHRY
Published Jan 26, 2019, 8:42 am IST
Updated Jan 26, 2019, 5:42 pm IST
South African Prez Cyril Ramaphosa will be chief guest at the parade, which will be presided by the president of India, Kovind.

New Delhi: On 70th Republic Day, elaborate arrangements have been made for celebrations across the country, especially in New Delhi, where the majestic parade will be held on the Rajpath.

South African President Cyril Ramaphosa will be the chief guest at the parade, which will be presided by the president of India, Ram Nath Kovind. Ramaphosa was invited by PM Modi when the two leaders met on the sidelines of the G20 summit in Argentina last year.

Besides the several contingents of the Indian Army and other forces, the parade will also have representations from various states and ministries of the government.

Twenty-two tableaux of states and central government departments, and performances by school children will be part of the 90-minute parade. From modern to traditional, the themes will be an eclectic mix of folk dances, music and drama.

11:20 am: 33 people on 9 motorcycles make a human pyramid, Subedar Major Ramesh A leads this formation. 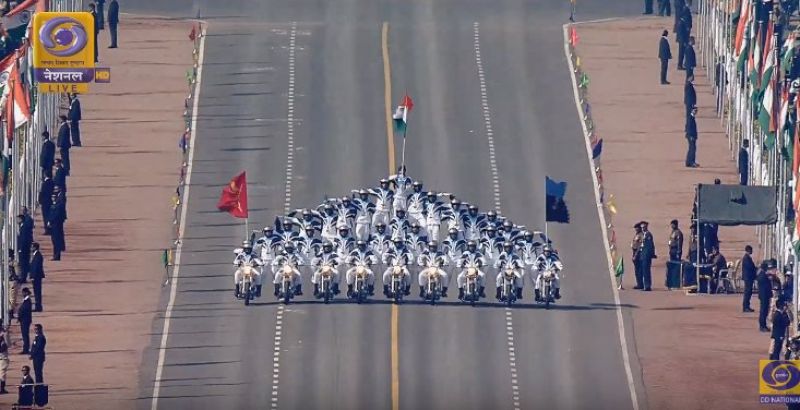 11:05 am: 26 children including 6 girls and 20 boys have been honoured with Pradhan Mantri Rashtriya Bal Puruskar 2019

#republicdayindia 26 children including 6 girls and 20 boys have been honoured with Pradhan Mantri Rashtriya Bal Puruskar 2019 pic.twitter.com/8xxrTEM2OX 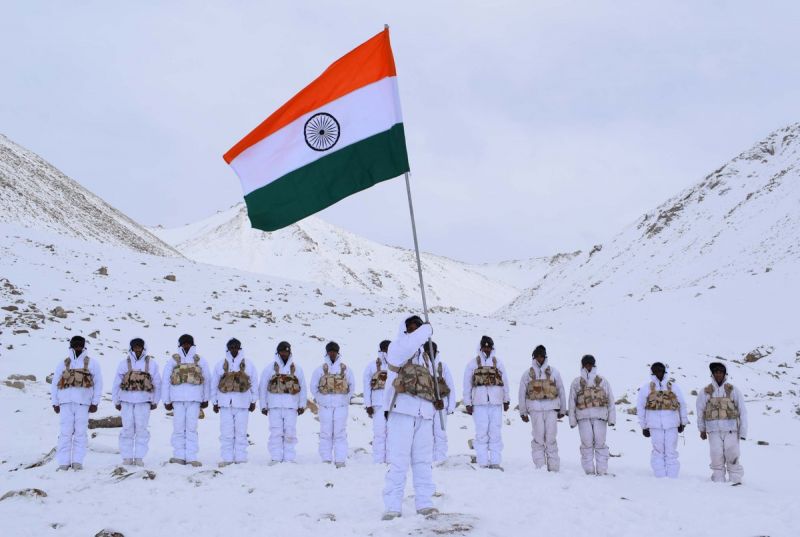 10:42 am: Sweets exchanged between India and Pakistan at Attari-Wagah border. 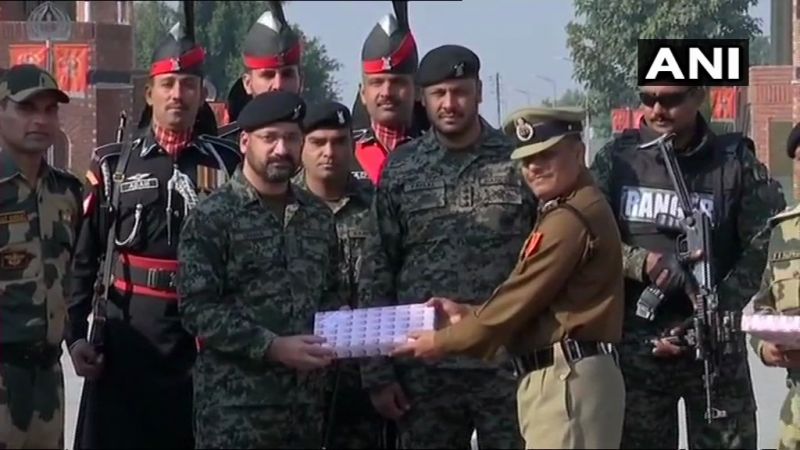 10:40 am: Tableaux of Andaman & Nicobar Islands, Maharashtra and Sikkim

10:24 am: The Veterans tableau-2019, it showcases the theme, 'Veterans: Accelerators in Nation's Growth' 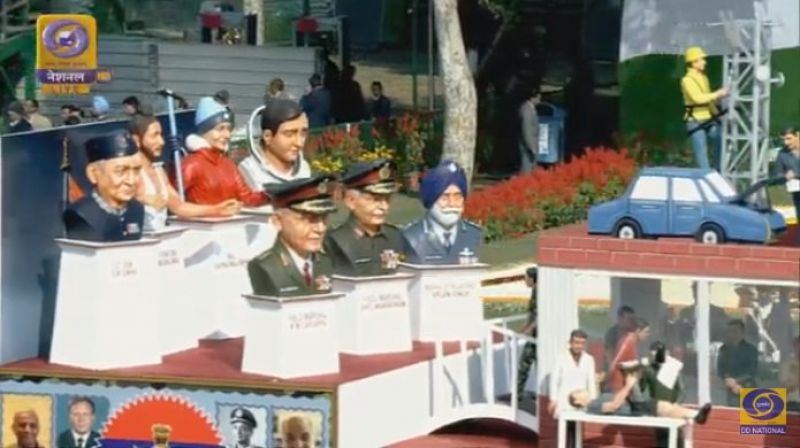 10:20 am: On the occasion of 70th Republic Day, BSF exchange sweets with their Bangladeshi counterparts, at Fulbari, at Indo-Bangladesh border near Siliguri in West Bengal. 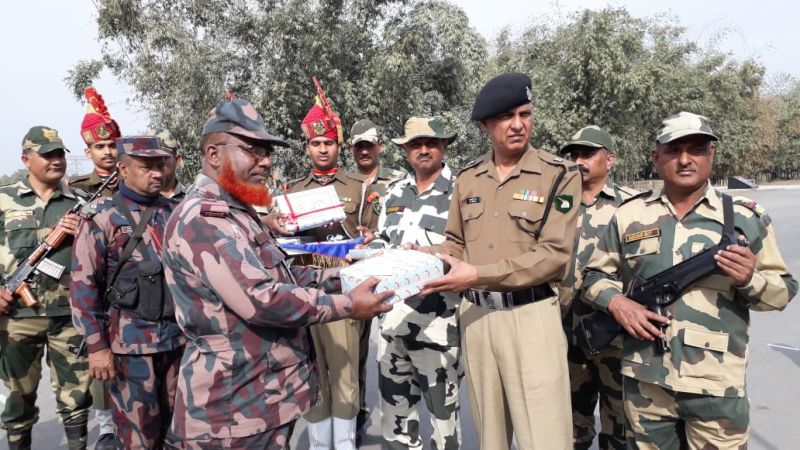 10:10 am: Visuals of the T-90 (Bhishma), the main battle tank of the Indian Army, commanded by Captain Navneet Eric of 45 Cavalry. 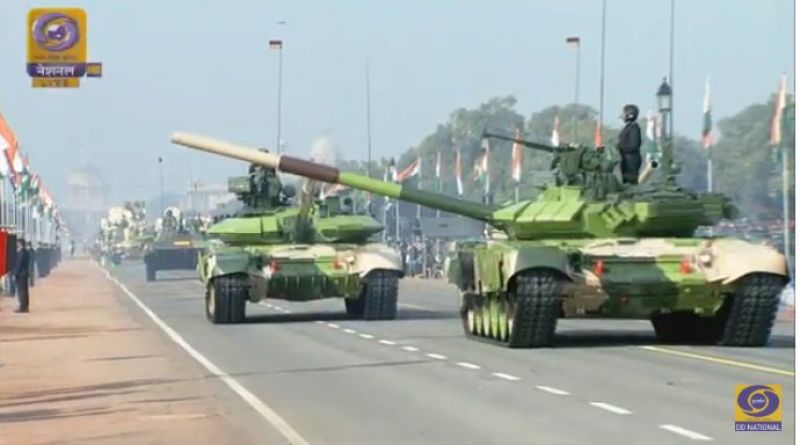 10:05 am: Lance Naik Nazir Ahmed Wani, who lost his life while killing 6 terrorists in an operation in Kashmir, awarded the Ashok Chakra. Award was received by his wife and mother. 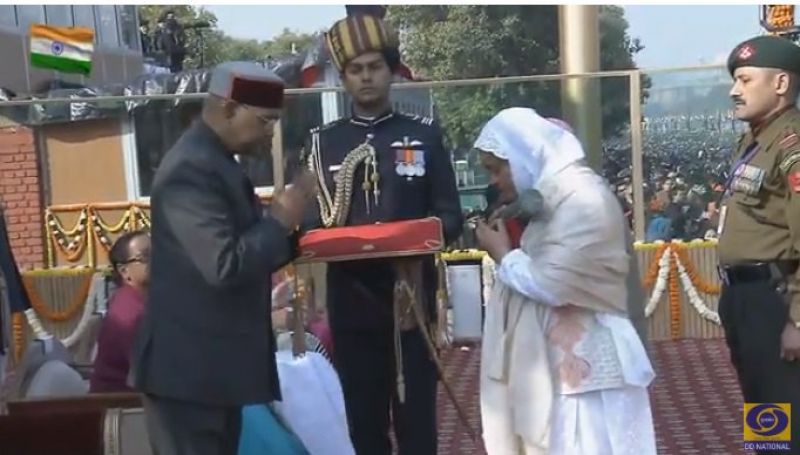 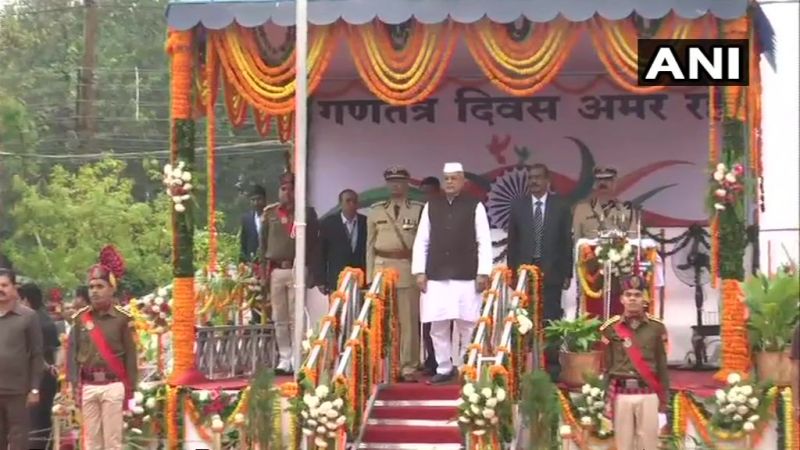 Delhi: #RepublicDay2019 parade will begin at Rajpath at 9.50 am, prior to which Prime Minister Narendra Modi will pay tribute at the Amar Jawan Jyoti pic.twitter.com/ByzZ4nwZTs 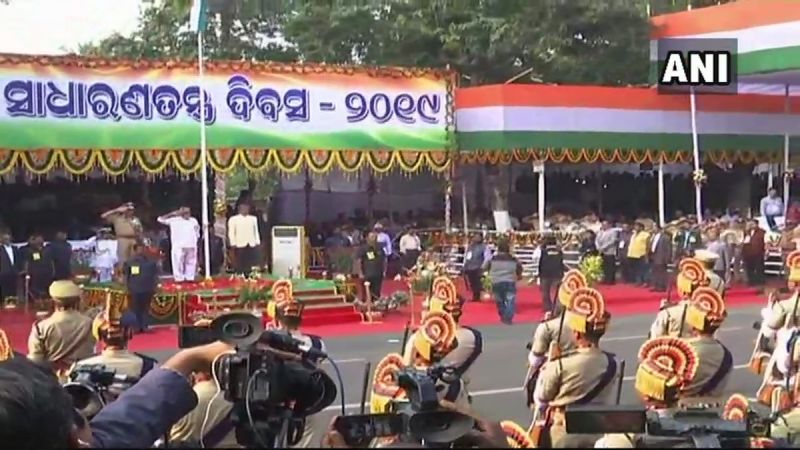 08:45 am: BJP President Amit Shah unfurls the tricolour at the party office in Delhi 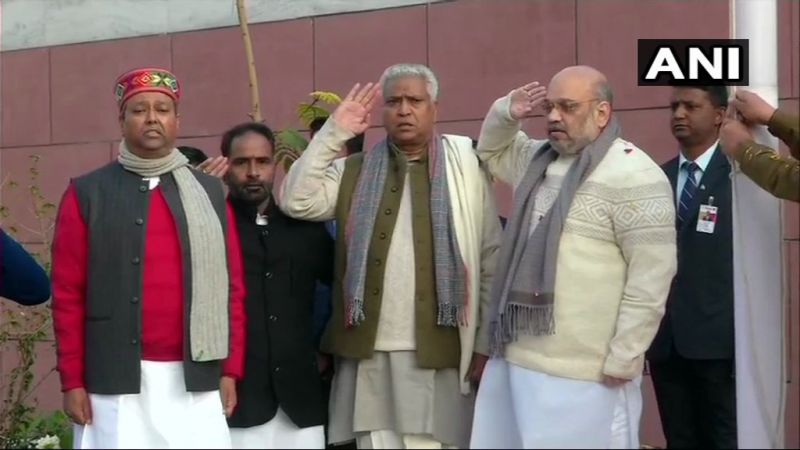 08:00 am: Crowds gather for the Republic Day parade at Rajpath in Delhi.

Crowds gather for the #RepublicDay2019 parade at Rajpath in Delhi. President of South Africa Cyril Ramaphosa is the chief guest at the parade today. pic.twitter.com/dZCOKSXTiY 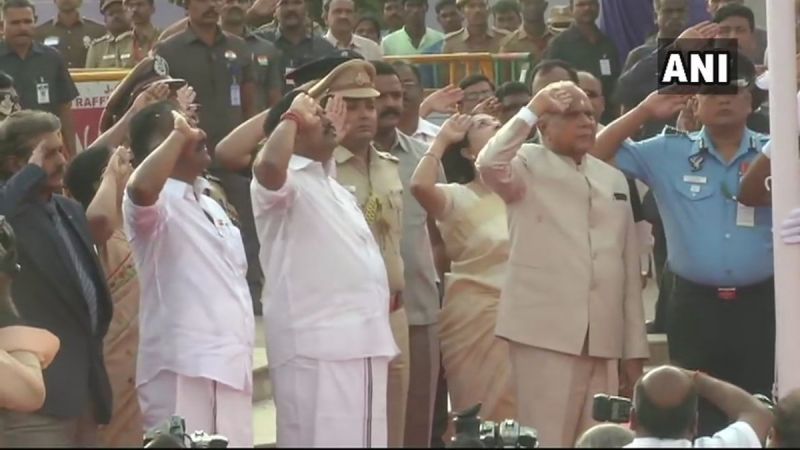 07:00 am: The Delhi Traffic Police has advised commuters to plan their journeys in advance to avoid delays and avoid the route of Republic Day parade between Vijay Chowk and Red Fort grounds in the national capital. 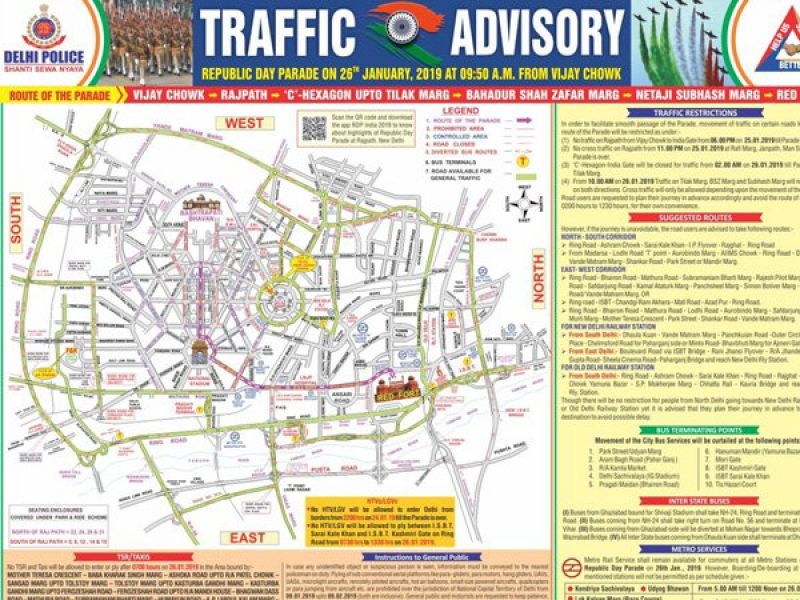 One in 3 Indians continue to step out without masks: Survey