Deepa Jayakumar to move court for probe into Jayalalithaa's death

Chennai: Contending that the sudden revelation of Forest Minister Dindigul C. Sreenivasan gave room to suspicion, the late Chief Minister J. Jayalalithaa’s niece Deepa Jayakumar said she would move the court seeking a fair probe into the medical treatment given to her aunt. 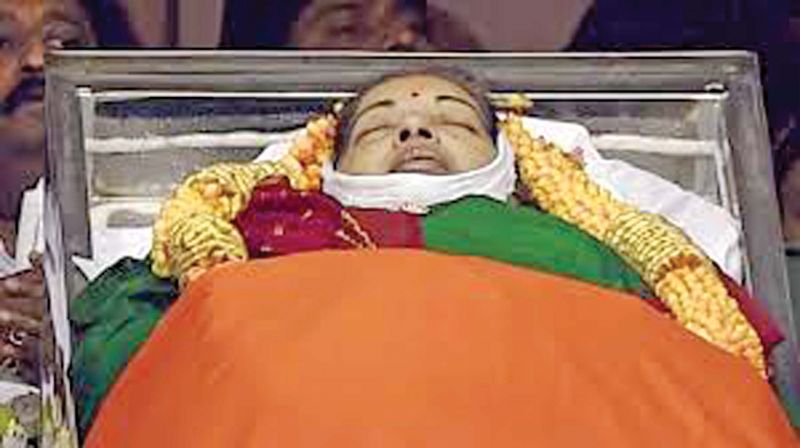 “Why this sudden revelation after nine months? There is something suspicious. He claims he was forced to tell lies. Who told them to utter lies?” Deepa asked. She said that instead of revealing the information in bits and pieces, the government should divulge the entire truth.

Deepa was reacting to the sensational announcement made by Mr Sreenivasan while addressing a public meeting in Madurai on Friday night, saying, “We told lies that Amma is eating idli, sambar, chatni, tea etc., so that you will believe that she is improving. In fact nobody saw Amma eating idli or drinking tea or chatting... all are lies.” Speaking to reporters here on Sunday, Deepa said she would file a case before the court seeking a fair probe into the medical treatment and death of her aunt.

“No matter whether they would release the photographs or not, I am surely going to court to get justice. Contrary claims are being made and people and party members are keen to know the truth,” she added.

After Mr Srinivasan’s claim that he “lied” about the health condition of late AIADMK general secretary while she was in the hospital, BJP on Sunday demanded immediate probe into the mystery behind the death of the former Chief Minister.