The temple after it was renovated by by the ASI.

Chamarajanagar: The dilapidated centuries old Biligirirangana Temple has been returned to its old glory with the department of archaeology, heritage and museums resetting the complex from its foundation onwards at a cost of Rs 2.4 crore.

Although the resetting has been completed, devotees will have to wait till March 2019  to enter it as there is some work still being done on its outside flooring and electrification, according to temple executive officer,

Venkatesh Prasad.  One of the most famous temples of south Karnataka, it is located in the BR Hills, a tiger reserve, in Yelandur taluk of Chamarajanagar district. 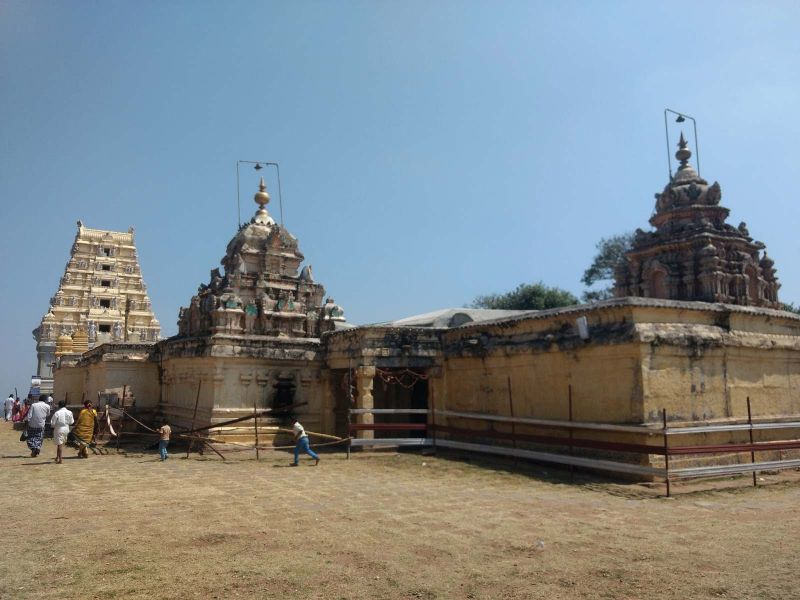 The Biligirirangana Temple before the renovation

“The temple has been reset from its foundation  by replacing damaged stones, including pillars and beams. The foundation has been strengthened and the three gopuras (towers) have been completed,” reveals an official of the department of archaeology, adding that the granite flooring of the temple will now be an added attraction.

“The style of the temple gopuras has been retained under the guidance of temple architects from Tamil Nadu,” the official explains.  Meanwhile, there are plans to construct a pakashala (kitchen) and mantapa in the temple grounds,  but the department of archaeology, heritage and museums is waiting for the required funds from the state government.

“We have completed all the work in the funds allotted,” add officials, revealing that while the resetting was underway after the temple was closed to the public in 2016,  found the temple shrinking at the base and in danger of collapsing. But  corrective measures were taken and the temple is  now almost ready for opening, they assure.

All 96 travellers from Karnataka safe in Uttarakhand: Minister