30 dead as Dera followers run riot in Haryana; security upped in Delhi, UP

The agitating Dera followers on Friday resorted to damaging public and private properties as well as attacking mediapersons. (Photo: AFP)

Panchkula/Delhi: At least 30 people were killed and and 250 were injured on Friday in Panchkula after conviction of Dera Sacha Sauda chief Gurmeet Ram Rahim Singh in a rape case led to violence across state. The Haryana Police has taken Gurmeet to Rohtak's Police Training College in Sunaria.

In the latest development on Friday evening, Section 144 CrPC has been imposed in 11 districts of Delhi, including New Delhi. Delhi's north and central districts will not be under prohibitory order, police said. The prohibitory orders will remain in force till September 8.

President Ram Nath Kovind has condemned the "violence and damage to public property after court verdict". He has "appealed to all citizens to maintain peace."

Violence and damage to public property after court verdict is highly condemnable; appeal to all citizens to maintain peace #PresidentKovind

The agitating Dera followers on Friday resorted to damaging public and private properties as well as attacking mediapersons.

Additional Chief Secretary to Haryana government Ram Niwas said the government will compensate for the losses of media personnel and the properties of others.

The Haryana Police has detained as many as 1000 Dera followers, agitating against the conviction of Gurmeet, in Panchkula. Niwas said protesters have been identified

“We have video footage and strict action will be taken against them. Most of the protesters ousted from city,” Niwas said, while appealing to Dera supporters to stay calm and deter the protesters.

Meanwhile, security has been tightened across Haryana, Punjab, Delhi, bordering areas of Uttar Pradesh in the wake of the violence in Haryana. Vigil has been intensified at stations along Uttar Pradesh, Haryana borders, CISF DG OP Singh said.

Security at Delhi BJP headquarters has also been tightened in the wake of the violence. 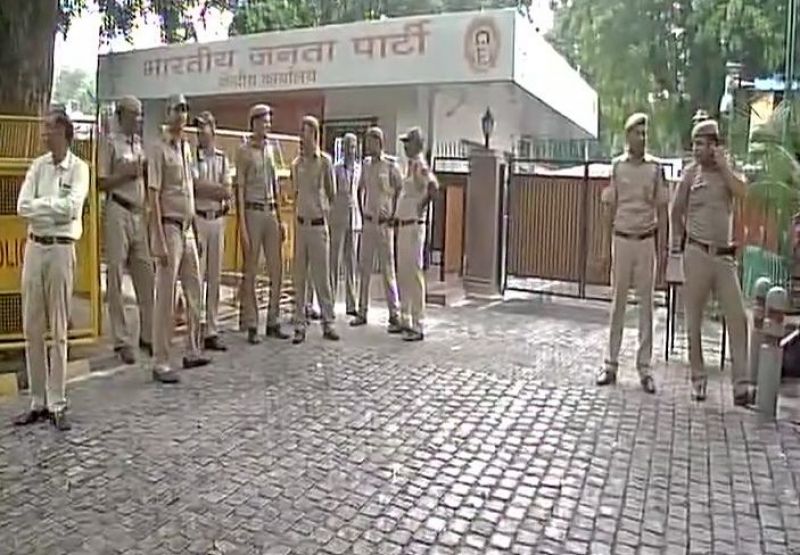 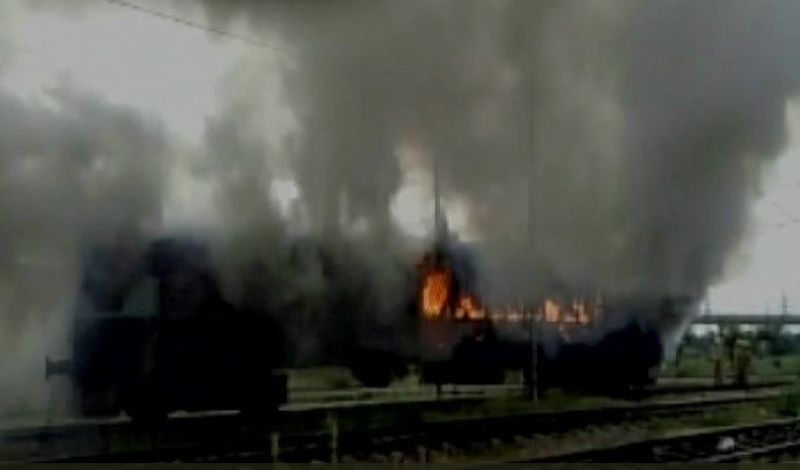 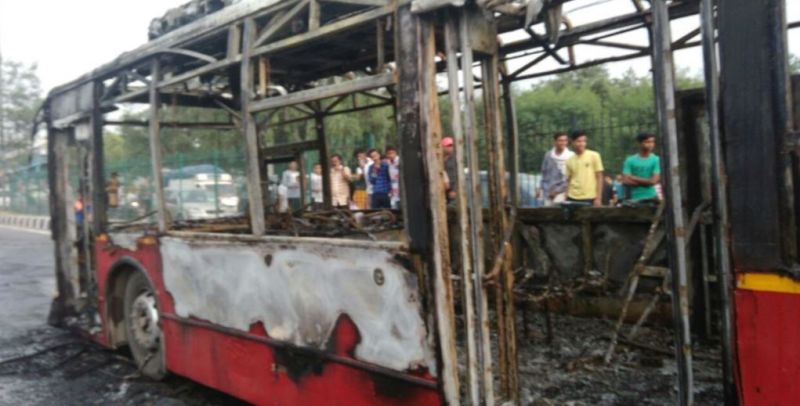 However, Madhur Verma, Delhi Police PRO, said the situation in the capital is under control. Verma added that three miscreants have been arrested and patrolling is underway in different areas. Alert has also been sounded at Delhi Metro stations and.

Union Home Minister Rajnath Singh and Delhi Chief Minister Arvind Kejriwal have appealed to the public to maintain peace after violence in Haryana and Punjab.

Meanwhile, Section 144 has been imposed in Muzaffarnagar, Shamli and Baghpat in Uttar Pradesh, and also in Noida and Ghaziabad in view of violent protests in Punjab and Haryana.

Punjab government has asked the Centre for more security forces in view of violence at different places. To control the Dera Sacha Sauda followers, Army has been called out in Haryana's Sirsa.

Amid reports of violence, Union Home Secretary Rajiv Mehrishi has said that the Haryana DGP told him that the “situation is being brought under control gradually”.

In Punjab, the agitating Dera supporters set alight an Income Tax office in Mansa. Curfew has been imposed in Punjab's Sangrur, Patiala and Moga districts.

Punjab Chief Minister Amarinder Singh had earlier appealed to "all Punjabis to maintain peace and harmony in state". "Won't allow anyone to disturb peace and tranquillity,” he added.

Punjab Chief Minister said he was keeping a close watch on the situation in the state. He said he has briefed the Union Home Minister about the situation.

Punjab and Haryana High Court has directed that properties of Ram Rahim Singh should be attached to pay for the losses due to violence. The High Court also said the senior government officials in Panchkula should be given security by paramilitary forces.

Meanwhile, Haryana Chief Minister Manohar Lal Khattar condemned the violence, saying: “People have taken law in their hand by resorting to violence. Action will be taken against those who have violated law".

“No one is above law. Appeal people to not believe in rumours and steer clear of people with criminal intentions,” Khattar said.

The violence has also spread to Rajasthan, where Dera supporters set power sub-station office and vehicle at sub-station premises on fire in Sriganganagar.

Meanwhile, Railways has cancelled all trains to Rohtak in Haryana.

Dera followers turned violent after a special Central Bureau of Investigation (CBI) court found Singh guilty of raping two of his women followers. As many as 600 Army men were deployed in Panchkula after violence erupted.

Curfew has been imposed in Panchkula and in Muktsar, Bathinda, Mansa in Punjab.

After the special CBI court in Panchkula declared Gurmeet guilty of rape, the Dera followers went on rampage and attacked media vans and set Malout and Balluanna railway stations and a petrol pump on fire. 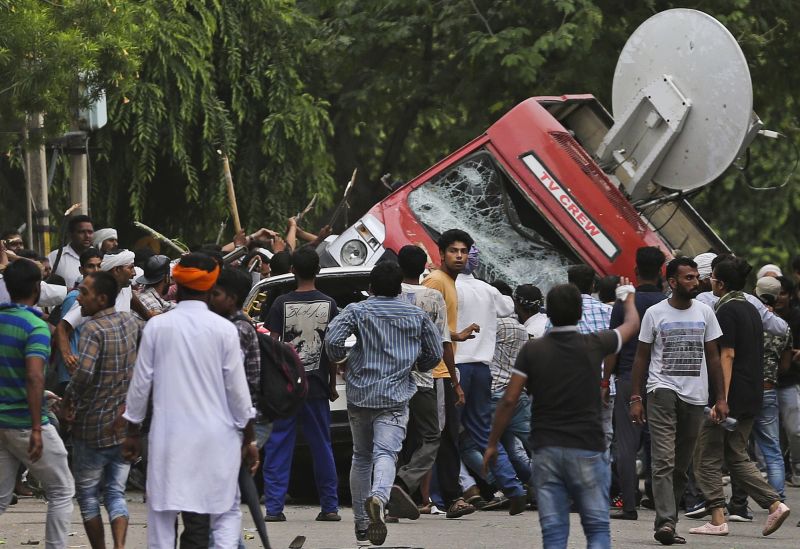 'Red Light on, Gaadi off' initiative to begin from Oct 18 in Delhi: Kejriwal