Bihar flood kills 8 more; water recedes in UP but still in red

The Ganga is flowing above danger mark at seven places in four districts including Patna, Bhagalpur, Munger, and Buxar.

Patna: There was no let up in flood fury in Bihar with eight fresh deaths reported today but water in major Uttar Pradesh rivers are receding though they are still flowing above the danger mark.

West Bengal's Malda and Uttarakhand's Uttarkashi district witnessed one death each in flood and rain-related incidents.

With the fresh death, the flood toll rose to 37 in Bihar, with Bhojpur district accounting for the maximum 12 deaths. 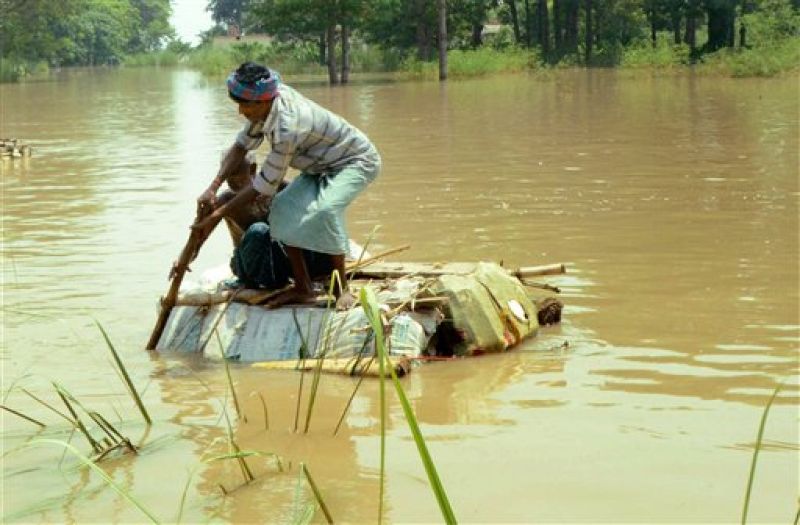 Flood victims use a raft to shift at Raghopur in Vaishali district of Bihar. (Photo: PTI)

The floods, caused by several overflowing rivers- the Ganga, Sone, Punpun, Burhi Gandak, Ghaghra, Kosi and others- have affected 31.33 lakh people in 1,934 villages in 12 districts.

The Ganga is flowing above danger mark at seven places in four districts including Patna, Bhagalpur, Munger, and Buxar.

A total of 3.44 lakh people were rescued, an official release said. It said 433 camps were being run, giving shelter to 1.74 lakh people.

Meanwhile, in Uttar Pradesh, where 28 districts have been affected by floods, water has been receding in major rivers but they are still flowing above danger mark. 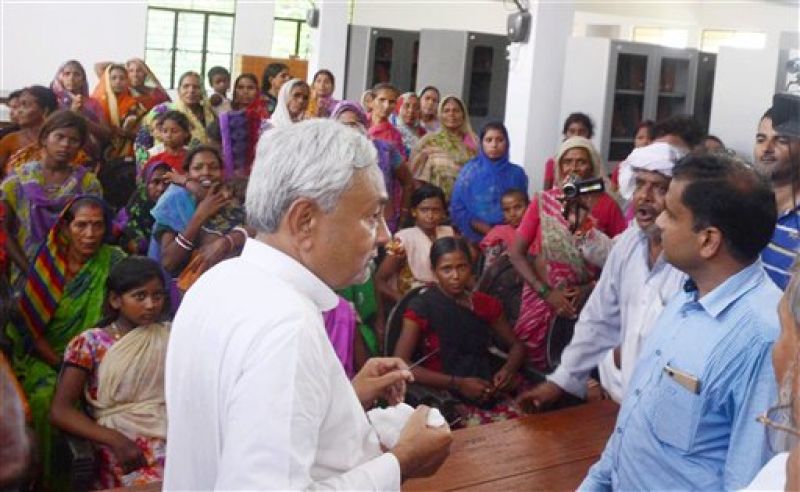 A Central Water Commission report said a relatively less amount of rainfall caused the decrease in water levels of Ganga and Yamuna at some places.

However, the rivers are still flowing above danger mark in these places. River Sharda is rising in Palliakalan (Kheri), where it is one meter above the danger mark.

In the national capital, light to heavy showers kept the mercury two notches below normal but high humidity troubled people. The maximum temperature was recorded at 35.2 degrees Celsius while the minimum settled at 26.8 degrees Celsius.

In eastern state of West Bengal, flood situation remained grim in parts of Malda district where a child was swept away.

Twenty-nine villages were flooded by the swollen Ganga, which was flowing at an extremely dangerous level in the area.

Several gram panchayat areas in the district including Manikchak, Birnagar, Krishnapur were partially under water.

The flood waters gushed over the two roads disrupting vehicular communication. Boats were being pressed into service in the submerged areas to ferry the stranded people.

In Uttarkashi district of Uttarakhand, a man was killed after a tree uprooted due to rain fell over him.

Debris from landslides triggered by rain has blocked a number of roads in different districts. The Rishikesh-Gangotri highway is blocked at Dharali, Songarh and Dabriani.

The relative humidity levels oscillated between 60 and 90 per cent.

In Punjab and Haryana, the maximum temperature hovered close to levels normal for this time of the year at most places. Chandigarh's maximum settled at 35.2 degrees Celsius, two notches above the over normal level.