K T Rama Rao’s birthday gifts a smile to many

Birthday wishes have been pouring in all day on Twitter for Telangana Rashtra Samithi working president K.T. Rama Rao. Politicians, film personalities, officials, and other celebrities have all been wishing the TRS leader on his 43rd birthday.

An auspicious charity day
KTR’s birthday also coincided with a few charitable programmes that were announced by some people. For instance, the US Consulate General Katherine Hadda announced a fund to the local charity. “To #GiftaSmile, I’m donating from my personal funds to a favourite local charity that provides English language books and instruction to underserved children. English opens doors! (sic)”, says Katherine on a picture she posted. 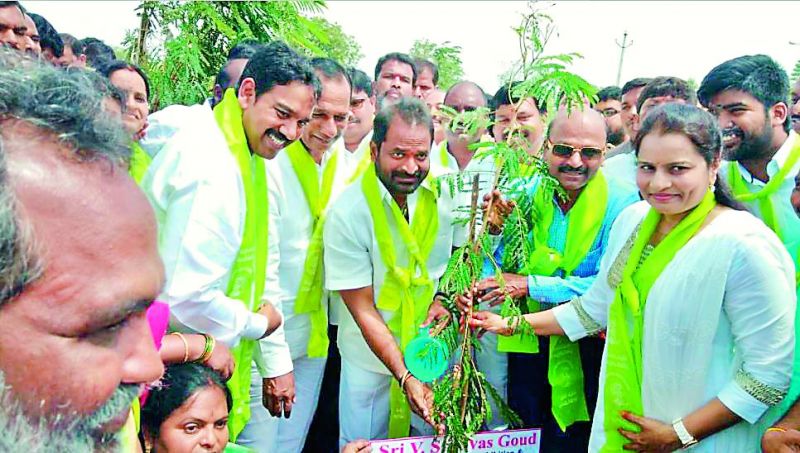 Jest for laughs
Among the birthday wishers was actor Manchu Manoj, about whom, a few days ago, a news channel published a story saying that his voter ID showed Narayankhed in Sanga Reddy District. The actor had also posted a video on his Twitter page, asking officials to take action. He also said that given that was residing in Film Nagar he had a voter ID there as well.

While KTR has been doing his bit replying to each and every person, saying thanks to him or her, on actor Manchu Manoj’s tweet, KTR commented in jest, “Thanks buddy! Please do vote for us in Sangareddy (sic).” Manoj, who clearly couldn’t resist the banter with his own, responded saying, “Hahahaha Wil do it from Tirupati this time Anna (sic).”