Will stand by kin of victims: Deve Gowda

JD(S) supremo H.D. Deve Gowda and Chief Minister H.D. Kumaraswamy pay tribute to JD(S) worker K.G. Hanumantharayappa, who was killed in the serial blasts in Sri Lanka, during the last rites at Dasarahalli in Bengaluru on Wednesday (Photo: KPN)

Bengaluru: It was meant to be a well earned holiday after weeksspent on the road, campaigning for the Lok Sabha poll, but their Sri Lanka getaway ended in the worst possible way for the Janata Dal (S) supporters who were killed in the recent bomb blasts in Colombo. The bodies of the JD(S) supporters Hanumantharayappa, Lakshmi Narayana, Govenahalli Shivanna, M Rangappa and Nagaraju Reddy, were flown to the city early Wednesday. JD(S) supremo, H D Deve Gowda and Chief Minister H.D. Kumaraswamy and other leaders paid their last respects to them before their final rites were performed.      n Turn to page 3

The mortal remains of 9 out of 10 Indians have been sent to India, Indian High Commission in Colombo said.

The bodies of five Janata Dal (S) functionaries, who were  killed in the recent bomb blasts in Colombo, Sri Lanka, were flown to the city early Wednesday.

Later, the bodies of the men, Hanumantharayappa, Lakshmi Narayana, Govenahalli Shivanna, M Rangappa and Nagaraju Reddy, whose Sri Lankan holiday after the gruelling Lok Sabha campaign ended in tragedy, were taken to their homes and kept on public display to allow people to pay their last respects to them. JD(S) supremo, H D Deve Gowda and  Chief Minister H D Kumaraswamy and other leaders visited their homes and condoled their families. 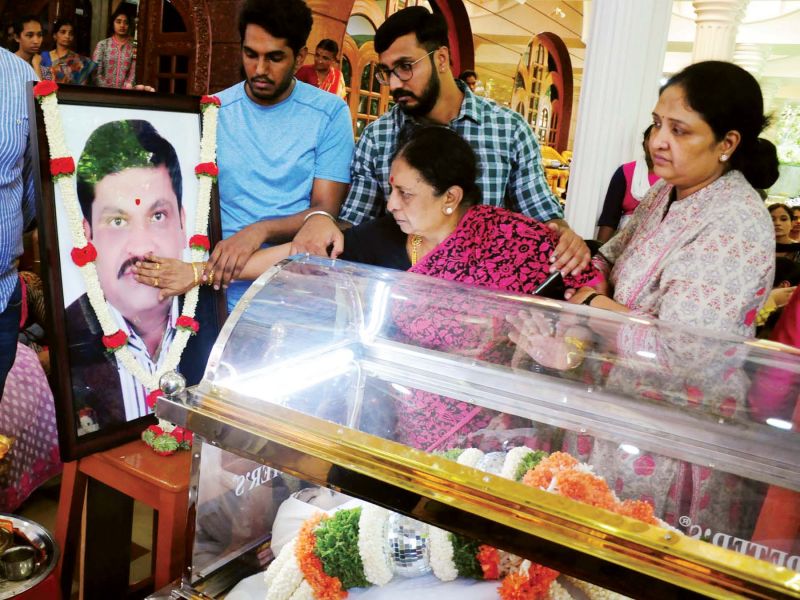 Speaking to reporters, Mr Deve Gowda described the party workers,  who were killed, as more  family than friends  and promised to stand by their families in their hour of need. “I have seen them working for the party with great honesty and sincerity. We feel that we have lost good friends. In fact, more than friends they were like family. We pray that God gives their families the strength to overcome their grief and we will stand by them in every situation,” he said.

While Hanumantharayappa’s body was kept on public display in his home in Dasarahalli, Shivanna and Lakshmi Narayana’s bodies were taken to their homes in Nelamangala, before being taken to the Dr Ambedkar stadium in the same area to allow the people to pay their last respects to them. Nagaraj Reddy’s body was kept in his house in BTM Layout to allow his friends and families to say their goodbyes.

Mortal remains of the five in city

Purshotham Reddy, 45, a real estate developer, who sustained serious injuries in the blast was found alive and was rushed to a local hospital in Sri Lanka, from where he was airlifted to Manipal Hospital in Bengaluru on Wednesday afternoon.

A statement issued by the hospital said that Purshotham Reddy was airlifted from Sri Lanka to Manipal Hospital in Bengaluru, following multiple injuries sustained during a blast in Sri Lanka. He was initially admitted to a hospital in Colombo and now has been admitted to our multi-disciplinary critical care unit.

He is being evaluated, stabilised and is on appropriate treatment. Currently he is in a critical condition and on ventilatory support. He is being treated by a multi-disciplinary team of specialists.

Single-use plastics to be banned in Srisailam