Raipur: Home minister Rajnath Singh on Tuesday described as "a cold-blooded murder" the Naxalite attack on a CRPF patrol that killed 25 men in Chattisgarh.

Singh, who paid homage to the CRPF personnel at a wreath-laying ceremony at the headquarters of the 4th battalion of the Chhattisgarh Armed Force in the Mana camp area, said it was a "cowardly" act.

Singh said the attack was part of a campaign by naxals to counter the development work being carried out by the Centre and the state government.

He said a strategy to tackle Left-Wing Extremism (LWE) would be reviewed and revised during a high-level meeting to be held in New Delhi on May 8. 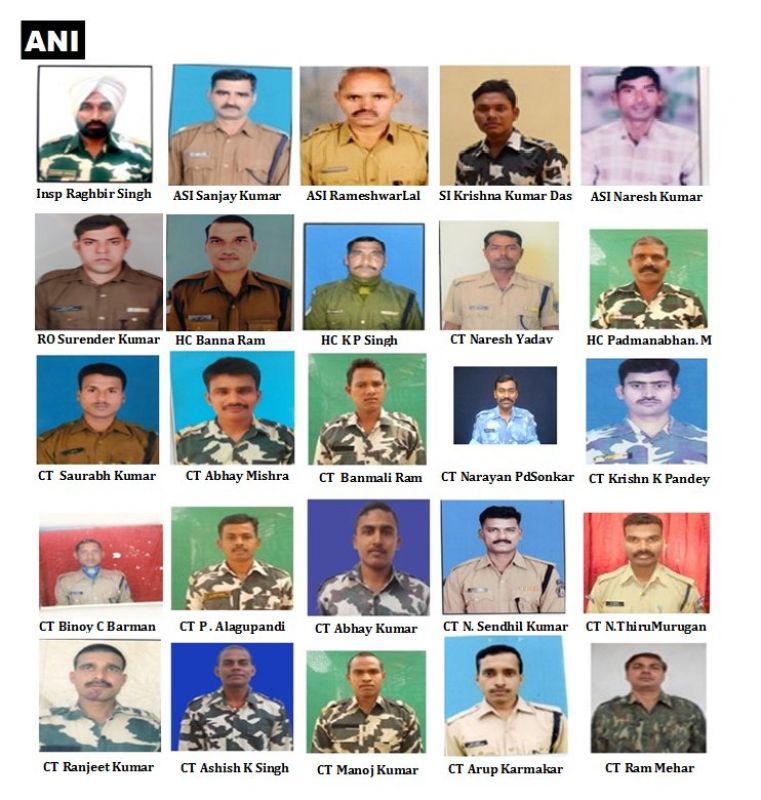 "This is an act of desperation. We have accepted this as a challenge. We will review our LWE strategy and revise it, if required," the minister, who also held a meeting with the chief minister and senior officials of the state, told reporters.

He described the incident as a "cold blooded murder" and accused Naxalites of using tribal villagers as a shield.

"The sacrifices of our brave jawans will not go in vain," he said, adding that "the Naxals are frustrated with the development of roads in Bastar region."

The home minister said that Naxalites were the "biggest enemies" of tribal and poor people in the area and were against any development.

"But they will not succeed in their evil designs," he said, asserting that the Centre and the state would work together to fight them.

Chhattisgarh Chief Minister Raman Singh too called the attack "condemnable" and said that development work as well as anti-naxal operations will continue unabated.

"We will increase our development activities as well as strengthen our operation," he said.

The home minister said that yesterday's incident was the outcome of "frustration" among the rebels because of the ongoing anti-Naxal operations being carried out by security forces.

In the fierce gunfire from Maoist guerrillas occupying vantage positions, at least 25 CRPF personnel were killed and seven wounded.

The Naxalites mounted the assault in the Kalapathar area of south Bastar region, where Left-Wing extremism is rampant.

This was the deadliest guerrilla attack on security forces in the state so far this year.