‘All powers to PMO’ has weakened other institutions, says P Chidambaram

DECCAN CHRONICLE. | M R VENKATESH
Published Feb 25, 2019, 1:58 am IST
Updated Feb 25, 2019, 1:59 am IST
Governance in India has always been a very complex issue, given it size and multiplicity of cultures, geographic, linguistic and what not.

Chennai: Continuing his erudite and critical essays of the BJP-led NDA government at the Centre during the last four years or so, there is one central message senior Congress leader and former Finance minister P Chidambaram's latest collection of articles, 'Undaunted: Saving The Idea of India', drives home. It is that 'all powers to the PMO' has systematically weakened all other institutions. 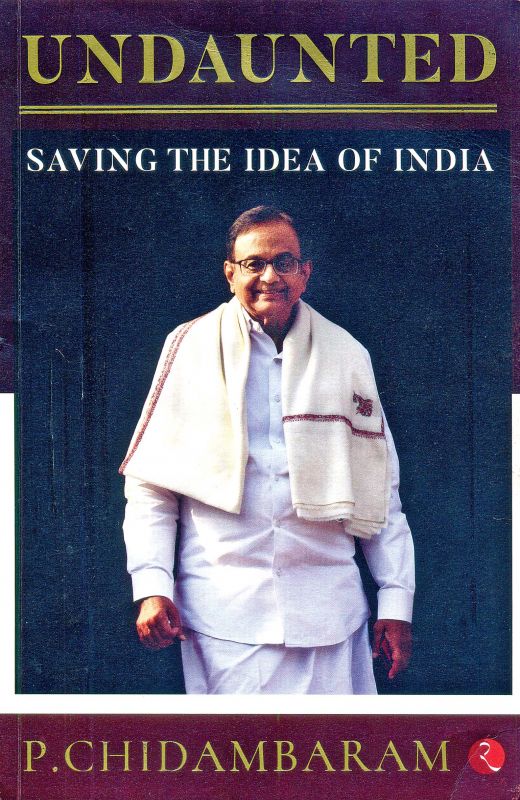 In the 70th year of the Indian Republic, P Chidambaram, PC as he is widely known, has substantially focused on issues of 'Governance' and 'Economy' in this latest collection of 53 essays - articles he wrote for a leading English national daily during 2018. In them, one also finds a basket of reflections on contemporary Indian politics, Jammu and Kashmir, social crisis and last but not least, India's foreign policy. Whether it is China or Pakistan, he says in a candid style, things have not gone beyond the 'one-man band called Mr. Narendra Modi.' That essay, 'One-Man Band Cannot Make Music' is dated April 2018.

Governance in India has always been a very complex issue, given it size and multiplicity of cultures, geographic, linguistic and what not.

And the ethos of the Indian Freedom Movement and the post-colonial project of a welfare state was by a fair level of consensus based on the values of freedom, equality, secularism, a liberal approach that considers all points of view and moving towards a socially egalitarian society. Many Indians still see and cherish the idea of modern India in those terms. But the last four years has created serious doubts, not just in the minds of religious/linguistic minorities, but in minds of all right-thinking people.

This is not just an imagined state of mind. It is a lived proposition day in and day out. It is in this backdrop, that Mr. Chidambaram has articulated his concerns and critiques of the various policies and programmes, as from the opposition benches, of the BJP-led NDA regime, unmindful of the return of Inspector-Raj!

In his essay on 'Minimum Government, Maximum Damage', PC has, on a careful analysis of the several models of governance, goes on to show how "regulation is not control." Open, liberal, market economies do not mean a free for all even in the freest of societies. But what comes out very worrying for him is that the "erosion" of the principle of democratic governance. In the name of 'minimum government', the Executive government (at the Centre), "acquires control by diminishing or debilitating other organs of the State and other regulators established by Law." …"And even when appointments are made, they are totally centralized in the PMO and done after what is widely known in Delhi - profiling. The latest victim of profiling is Justice K M Joseph," writes the author.

As he puts it in another essay, one supreme person riding a 'white horse' has all the answers, all the wisdom and frowns on other points of view as manifestations of 'corruptions' of the old order. Then it is already a shift towards a Presidential form of Government, not parliamentary democracy with checks and balances; and PC fears worse things could happen, but the Supreme Court has stood as the eternal guardian, the trusted sentinel.

For example, in the 'Aadhar' case, PC writes in another later essay, 'Good Aadhar, Bad Aadhar', the government's "Project Surveillance State" has been struck down. Under the Supreme Court's majority judgment (4:1), the Aadhar project has been severely circumscribed to 'subsidies, benefits and services paid for out of the Consolidated Fund of India'. All other areas have been prohibited; 'function creep' has been stopped." Though PC does not agree with the majority view of upholding the passage of the Law as a Money Bill, he feels that the UPA government's 'good part' of the Aadhar project has been "saved". The dissenting judgment of Mr. Justice Chandrachud, "sets the direction of the Court in the future and holds out hope for those who argued that the current design of Aadhar was unconstitutional."

"Every judgment of the Constitutional Benches of the Supreme Court delivered in 2018 has chipped away at tyranny, enlarged the freedom of the people and advanced the cause of Constitutional morality,"

he adds, to emphasise his point that but for the Apex court's intervention, governance-related issues could turn bizarre for India as a whole, similar to the demonetisation of two high value currencies and a 'flawed' GST set apace.

Penning the plight of "Those Who Are Left Behind", the 250 million people, about 30 per cent of India's population still below the poverty line, PC writes with a new sensitivity that comes from long years of experience as a lawyer-politician: "While poverty cuts across race, religion and caste, it is an undeniable fact that most of the 250 million of the very poor are Dalits, Scheduled Tribes, most Backward classes, minorities and the disabled."

Speaking about the "biggest disappointment" of the last four years, PC pegs it to the non-functioning of Parliament and the State Legislatures. In fact, the terms of reference of the latest 15th Finance Commission, he writes elsewhere in this book, is a big blow to India's federal structure, which political leaders in every State should take note of. Tamil Nadu has already been a big loser on this front as a 'well-performing state' in the past. India is a Federation of diverse states, not a top-down, with its hoped trickle-down effect, from New Delhi to state capitals.

Elaborating on the most disappointing facet, PC writes: "There seems to be less faith in an open economy and well regulated markets. In my view the needle of liberalization has moved back to 3 o'clock and may well be moved to 12 o'clock. The loser will be the economy, and ultimately those who are left behind will remain far behind. One statistic is telling: the average monthly household income in the country is `16,480. Imagine the poverty and the hardships of families which are below or far below the average."

This collection is peppered with thought-provoking musings on a range of current concerns: from perils of 'Hindutva', gross under-funding of key social sector programmes, need for skill development alongside education, decline in exports, budgetary holes, falling for the Donald Trump model of high tariff walls and delusive exclusivity when 'trade wars' are being escalated, why Rafale deal needs JPC probe, to how 'hyper-Nationalism, muscular approach and militarism' could lead to greater alienation of the people in J & K. Amid all these, PC's piece on late Prime Minister Vajpayeeji is an impressive tribute to one who respected democratic values and the role of the opposition.

Kerala government resumes sale of liquor via its BevQ app