Karnataka: At least 25 dead after bus plunges into canal in Mandya

Visuals from the site of the accident showed locals using ropes to try and pull the bus out from the water body in the middle of what appears to be a field. (Photo: ANI | Twitter)

The bus completely submerged after falling into VC canal at Kanakanamaradi of Pandavapura taluka, they said, adding bodies of 23 victims was fished out.

Most of the killed were children, police sources said, adding they were returning home after a half-day at school. Long wails from the grief-stricken inconsolable kin of the victims followed as the rescue teams fished out bodies one after another. 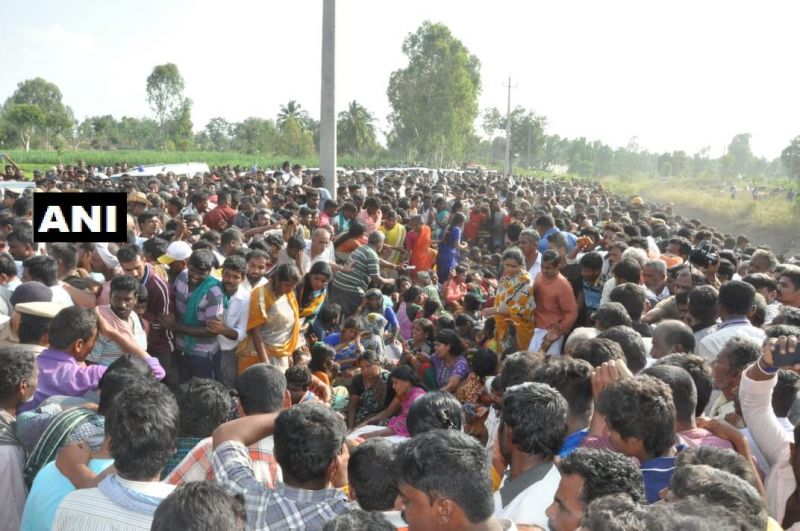 The district authorities roped in a crane to bring out the bus from the canal. Police had a difficult time controlling the crowd as people living nearby thronged the accident site.

Locals said they rescued three people even before the police reached the spot.

"I just came to know that a bus has fallen in a canal and 25 people have died. That is the latest report," said Deputy Chief Minister G Parameshwara, expressing grief over the tragedy.

Cancelling all his official engagements, Chief Minister HD Kumaraswamy rushed to the spot where rescue operations were on in full swing. He also announced a compensation of Rs 5 lakh for families of the deceased.