Sana Iqbal, 29, and her husband Abdul Nadeem were travelling in a car and heading home in Tolichowki in Hyderabad when it rammed the median on the Outer Ring Road (Photo: Facebook)

Her husband was injured in the accident that took place on the city outskirts around 3.30 am, a police official said.

Sana, 29, and her husband Abdul Nadeem were travelling in a car and heading home in Tolichowki in Hyderabad when it rammed the median on the Outer Ring Road, said Narsingi Police Station Inspector G V Ramana Goud.

"Sana's husband Abdul Nadeem was driving the car. Sana, who suffered severe injuries in the mishap, was shifted to a nearby hospital but was declared brought dead. Her husband, who received injuries, is undergoing treatment," Goud said. 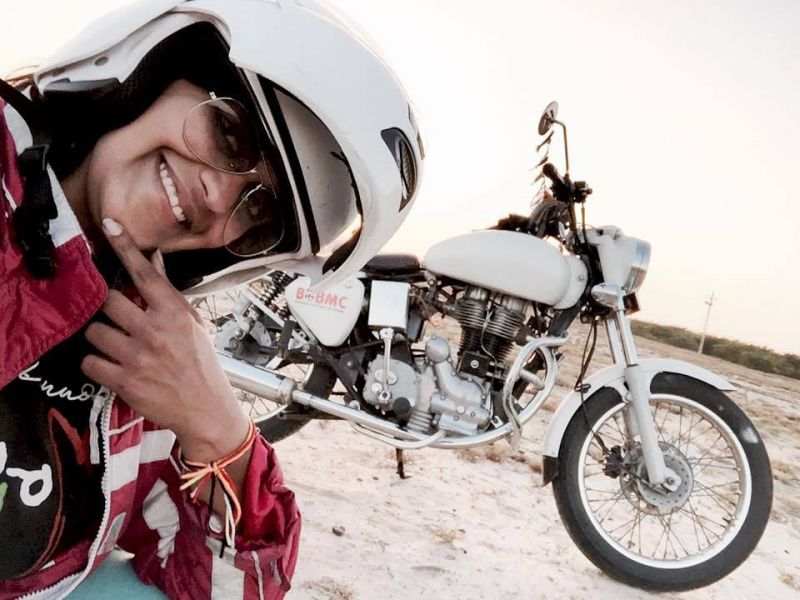 The Hyderabad-based rider hit the headlines a few years ago when she undertook a solo motorcycle expedition across the country to raise awareness about suicide.

The focus of her campaign was to educate people, particularly students, against committing suicide.

A case under IPC section 304A (causing death by negligence) and other relevant sections was registered, police added.

Ex-TD minister Uma behind attacks on Dalits in G. Konduru