DECCAN CHRONICLE. | SANJIB KR BARUAH
Published Sep 24, 2016, 2:34 am IST
Updated Sep 24, 2016, 7:41 am IST
Planes are capable of carrying nuclear weapons and are equipped with latest missiles that will give India greater “potency” over Pak.

New Delhi: India on Friday signed a Rs 59,000-crore deal to purchase 36 Rafale fighter jets from France. The planes are capable of carrying nuclear weapons and are equipped with latest missiles that will give India greater “potency” over Pakistan. 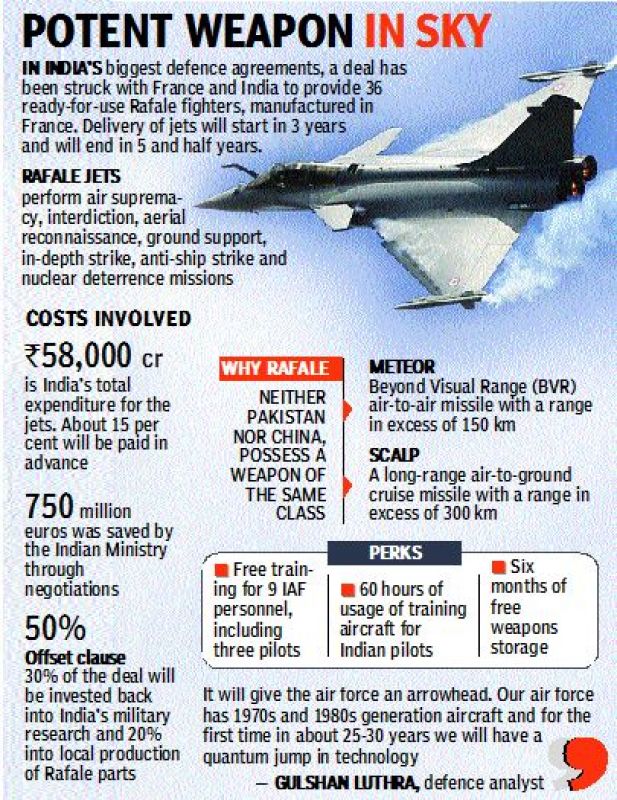 “This is an achievement, which will give Indian Air Force the required potency in terms of penetration and capability,” said defence minister Manohar Parrikar who signed the deal with his visiting French counterpart Jean Yves Le Drian in Delhi.

The 36 fighters, with weapons, training equipment and logistics, will come to India from France in “ready to fly” condition. In about-five-and-a-half years the entire fleet, manufactured by French aviation company Dassault, will be delivered to the Indian Air Force. The first one will come in three years.