Ganesha idols made of Plaster of Paris on display in Bengaluru on Wednesday. (Photo: Satish B.)

Bengaluru: The celebration of Ganesha Chaturthi could be a costly affair this year. After the roll out of GST, prices of Ganesha idols have surged with both consumers and manufacturers facing the heat. Sellers at Pottery Town said that the price of water paints used to colour the idols has gone up by 40% adding to the cost.

“There are variations in the design of idols and depending on that the price varies. The GST, however, is an important factor in driving the prices up this year,” said Mr Lawrence, who has been selling Ganesha idols for over two decades. The water colour paint used to paint the idol was Rs 235 a litre last year, but this year it is Rs 350. 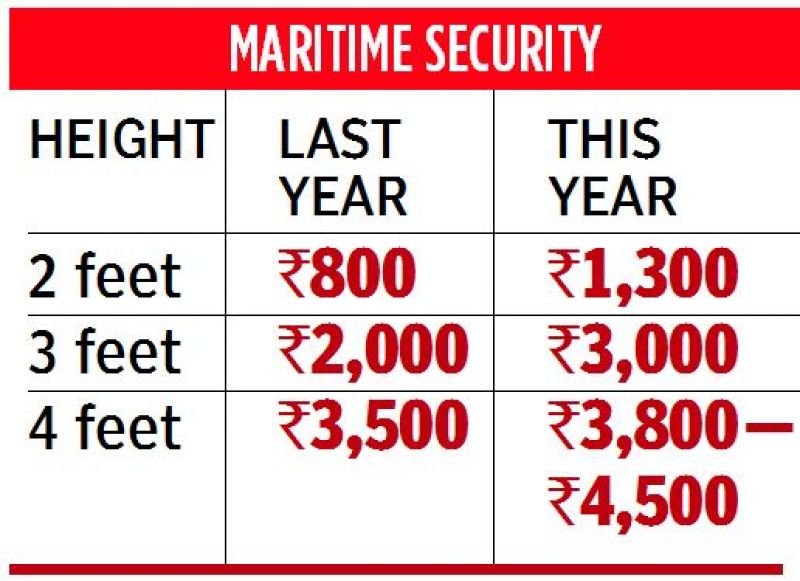 Manufacturers of plaster of Paris idols used to make idols of 20-25 feet, but after the blanket ban on such idols by the Karnataka State Pollution Control Board (KSPCB), they have shifted to clay idols, but they can only make idols of a maximum height of 6 feet.

Witnessing a dip in demand for clay idols, the manufacturers have shifted to paper mache Ganesha idols, which can go up to the maximum height of 16 feet. The paper mache idol is lighter than clay idols and would give the grandeur of PoP idols which is why it is preferred over clay idols.

Mr Madan, who has been in the business of selling and manufacturing Ganesha idols, is upset with the increased in the water paint price because of GST, and also the slump in demand of for clay idols.

“Because of the low demand for clay idols, we are now selling paper mache idols whose demand is more in pandals. The 16-foot paper mache Ganesha idol fetches us Rs 40,000, compared to the clay model whose 6-foot model can get us only Rs 12,000,” he said.

With only 20% vaccinated, teachers hesitant to take classes

Property tax based on capital value to weed out graft: Botsa

Covid 2nd wave not over yet, 'R number' high in 8 states: Centre