Kochi: Makeover of an island

The shikara boat that can accommodate up to ten people being readied at Kakkathuruth. DC

The tiny village of Kakkathuruth shot to international fame when National Geographic in 2017 featured the sunset there as a must watch. Though more travellers started visiting the place, there was little change in infrastructure. Now, the tourism department is planning a makeover of the island.

Kochi: The tiny island surrounded by the Vembanad lake in Central Kerala was resting untouched by outside world until it got featured in the National Geographic's must visit list three years back.

Ever-since, tourists started flocking to the 'Isle of Crows' but the main issue faced by visitors is lack of basic facilities like toilet complexes.

Now all that is set to be changed with the Tourism department working on a project to develop basic infrastructure facilities in the island inhabited by a population of less than 1000. 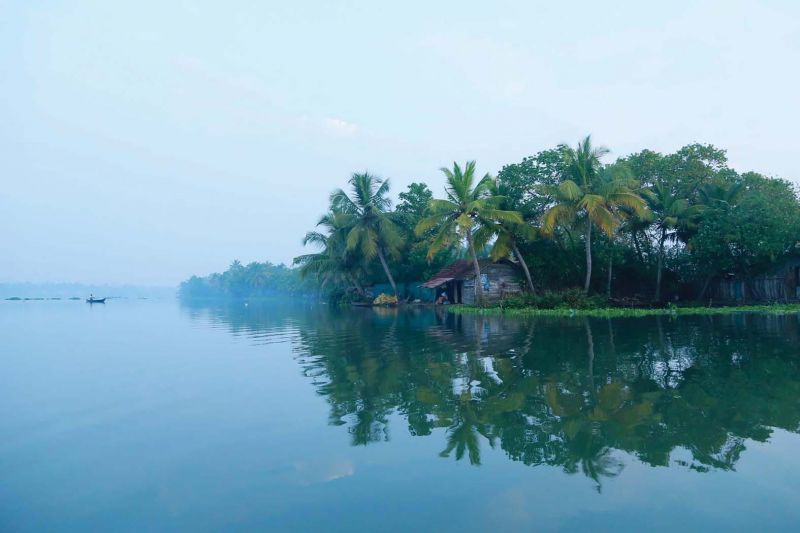 “Under the proposed project, we'll set up walkways, toilet complexes, refreshment stalls and boat jetties in the initial phase. Since the area comes under the Coastal Regulation Zone, the work will be carried out without violating norms and in consultation with experts," tourism department deputy director T.G. Abhilash Kumar told DC.

"The detailed project report (DPR) is being prepared and will be submitted before the next Responsible Tourism wor king group in three months. We'll mainly play the facilitator role and aims to better life of islanders too by extending better facility and job opportunities," the official said.

At present, the only way to reach the island is by means of traditional row boats which are available from 6 am to 9 pm.

“We made several attempts to set up walkways without success. No contractor is willing to take up the works as they have to bring construction materials to the island by boat, a costly affair. Our budget has no provision to provide 'special conveyance'," said panchayat member Binumol A.P., while adding the project by the Tourism department will be a blessing for residents and tourists alike.

Meanwhile, the long pending demand of islanders, a bridge to connect them with the mainland, is set to become a reality. “Our earlier atte mpt to construct the brid ge years back had failed after one of the land owners opposed the project and moved the High Court. Now we've been allocated with a fund of Rs 34 crore by the present government. The soil testing exercise is over and the land acquisition proc ess has started," she said.

The small island of ‘Kakkathuruttu’, located in Vembanad backwaters of Alappuzha, rose to fame following the report in National Geographic which described the sun set view there as "shadows lengthen and the sky shifts from pale blue to sapphire."

Ever since the report appeared, the ialand which was visited by an oocasional traveller has been recieving them by the dozen. The island still has no proper roads nor motor vehicles but the scattered waterbodies featuring blooming lotus and water lillies  with the forest-like lush green cover continue mesmerize nature lovers.

Kochi: Soon tourists can enjoy ‘Shikara’ and houseboat rides through the state’s backwaters that include a sail to ‘Kakkathuruthu’.

“We’ve rolled out wooden ‘shikara’ boat that can accommodate 10 persons in the first phase of the project,” said Divakaran Kallumkal, Co-operative Society president. “Tourists can enjoy day-long cruise all over the island, popular for its stunning sun-set view, in another two weeks. We’re in the process of setting up a website so that tourists all over the world can book the rides in advance”

While ‘shikara’, the small boat with its roof covered and the sides open, was rolled out using the Rs 20- lakh plan fund of the society, the state government is considering the detailed project under its ‘Punarjani scheme’.

“In the second stage, we’ll offer house boat rides from the island to Kumbalangi tourist village through Arukutty and Edakochi. We own a seven-acre fish farm at the village where we plan to set up huts. Tourists can catch fish and enjoy ethnic cuisines. They can even spend a night there,” he said.

“We’ve received a letter from the State Co-operative department informing us that the Rs 1.5 crore project is being considered under the Punarjani project and the nod will be given soon,” Mr Divakaran said.

COVID vaccination throughout April, including gazetted holidays, at all centres