Tuticorin: Tensions continue to grip Tamil Nadu’s Tuticorin after 13 people were killed in clashes between security personnel and locals demanding closure of a copper factory over pollution concerns.

Violence erupted in the city two days ago as people protested against the Vedanta-owned Sterlite copper plant. 10 people were killed after the police opened fire on a rally on Tuesday, which marked the 100th day of demonstrations.

Amid the opposition’s criticisms, the state government constituted a Commission of Inquiry headed by retired Madras High Court judge Aruna Jagadeesan to probe the violence.

The Union Home Ministry has, meanwhile, sought a report from the Tamil Nadu government on the circumstances leading to police firing on protesters.

The state government and also shunted out the collector and Superintendent of Police of Tuticorin.

Internet services in Tuticorin and adjoining districts of Tirunelveli and Kanyakumari have also been suspended till May 27 to prevent spread of rumours through social media.

The DMK, led by M K Stalin, and other opposition parties in the state have called for a dawn-to-dusk bandh on May 25, condemning the police action against protestors.

07:01 pm: "We have cut Sterlite's electricity, government is also not willing to let it run. We have cut the electricity that itself shows that we want to shut it down," Thoothukudi District Collector said.

04:56 pm: ATM kiosks and vehicles set ablaze during anti-Sterlite protests in Thoothukudi. Internet service is suspended and Section 144 (prevents assembly of more than 4 people) is imposed in the area. 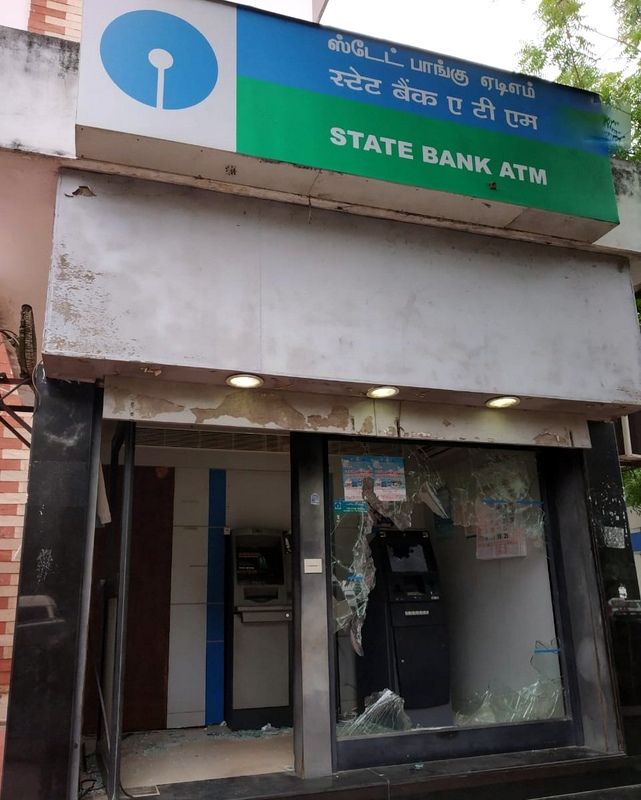 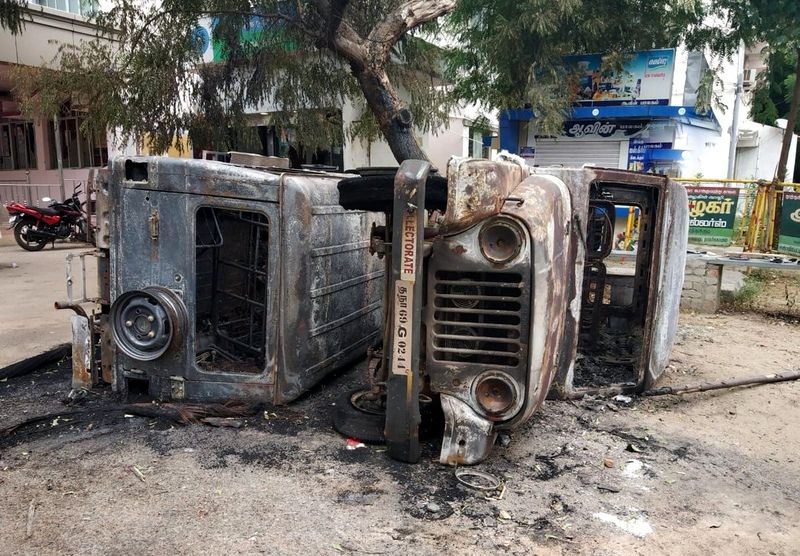 04:38 pm: TTV Dhinakaran meets people who were injured during anti-Sterlite protests and are admitted at Government Hospital. 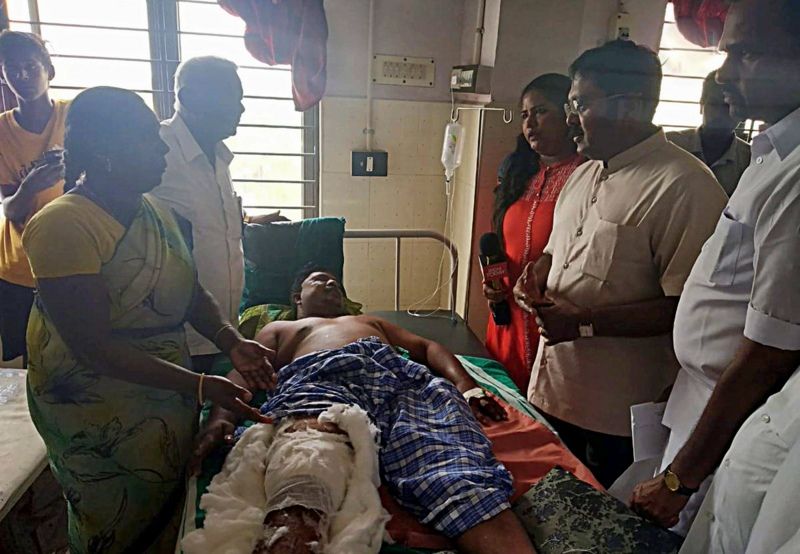 01:14 pm: “If someone is attacked, the natural course would be to defend and safeguard themselves. This is what has been done by the police in response,” Palanisamy added. 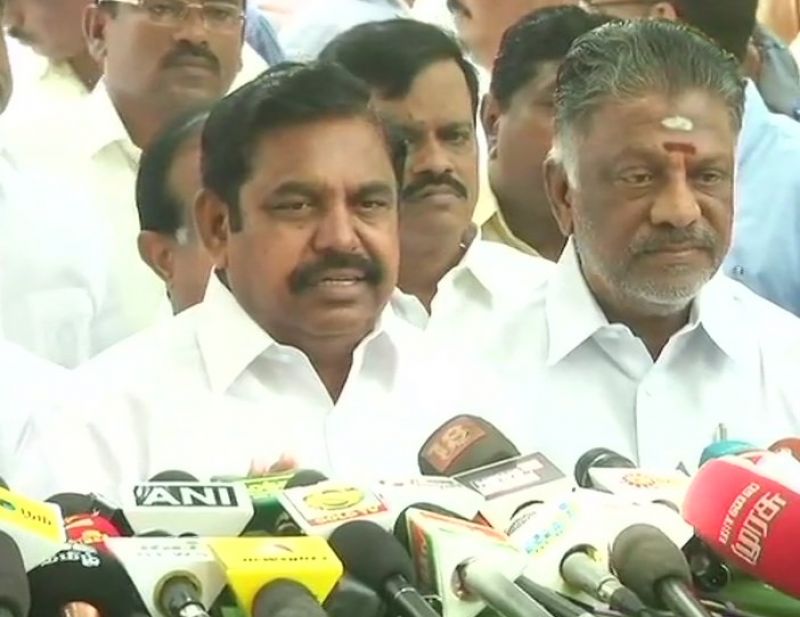 11:55 am: “My first priority is to bring back normalcy. As far as the violence, the shooting and who gave the orders for the shooting is concerned, an inquiry will be done by a judge appointed by the Tamil Nadu government,” newly-appointed Thoothukudi District Collector Sandeep Nanduri said.

11:53 am: A clash between DMK workers and police took place outside Tamil Nadu secretariat, while the former were protesting over killings in anti-Sterlite protest. The workers were blocking the vehicle in which M K Stalin and other party leaders were being taken.

11:36 am: Stalin, who was holding a protest outside Tamil Nadu secretariat has been detained by the police. Several others detained too, ANI reported.

11:14 am: DMK working president M K Stalin with other party leaders stage protest outside Tamil Nadu secretariat over killings during anti-Sterlite protests in Tuticorin. 13 people have died in the firing by police during protests on May 22 and more than 70 people are undergoing treatment. 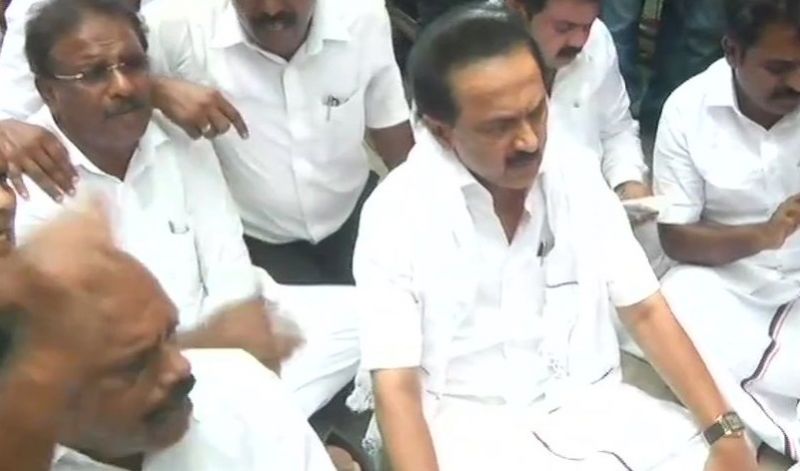 11:11 am: A Tamil Nadu based advocate moved a plea in Delhi High Court seeking its direction to National Human Rights Commission (NHRC) to visit the location and conduct separate inquiry into Tuticorin violence, instead of asking for report from state police and chief secretary of the state. Court likely to hear the petition on Friday.

10:55 am: “Even after death of 12 innocent people, no action has been taken against the culprits. CM has become ineffective. He did not bother to visit the district and meet the people. Therefore, we demand that CM must resign immediately. DGP Rajendran must resign too,” DMK chief M K Stalin said.

09:38 am: Tamil Nadu Pollution Control Board has directed District collector of Tuticorin to disconnect power supply to Sterlite Copper’s smelter. The board found the unit was 'carrying out activities to resume production' despite being told not to do so until its licence to operate is renewed.

08:15 am: DMK to observe state-wide shut down on May 25 in protest against the killing of 13 people in the firing by police on May 22 and AIADMK led state government. The party will also demand that Sterlite copper smelter plant in Tuticorin be shut down permanently.

08:09 am: Death toll rises to 13 in the firing by police during anti-Sterlite protests on May 22 and more than 70 people are undergoing treatment. No fresh protest has been reported overnight. Police has been deployed in large numbers in the sensitive coastal areas.

07:56 am: “State government knew that this being 100th day of agitation, it's going to be bigger. They should've made better arrangements to maintain law and order but nothing was done. They simply resorted to firing. It was a massacre, almost like Jallianwala Bagh,” Congress leader Ghulam Nabi Azad said.

07:26 am: Internet services to remain temporarily suspended in Tuticorin from 9 pm on Tuesday till further instruction by the administration.

Heatwave may subside over Delhi, Northwest India from today