Hyderabad:  A Qatar Airways flight to Doha was delayed by 24 hours, stranding nearly 130 passengers including senior citizens and children.

Flight QR 501, flying from Hyderabad to Doha, was originally scheduled to leave at 3.10 am on Saturday. It developed technical snags and could not be repaired throughout the day. The airline rescheduled the departure to 3.10 am Sunday, marking a delay of 24 hours.

Sources told this newspaper that the airline staff anticipated the snag and had set about making arrangements for the passengers to stay.

“The ground staff knew about the condition of the aeroplane and were able to make arrangements for accommodation well in advance. Passengers were moved out of the airport after 7 am,” said the source. 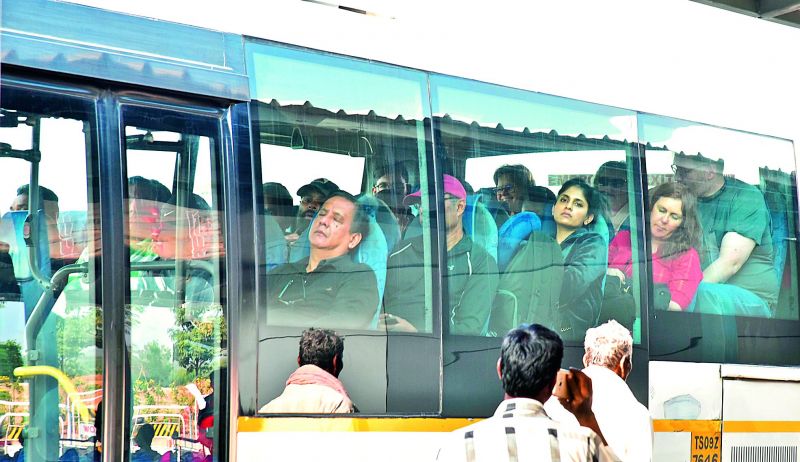 The passengers were finally moved out of the airport to a nearby hotel after 7 am. Style Photos

A passenger flying in the economy class fumed, “Knowing about the problem with the aircraft, the Qatar Airways should have arranged another flight. Instead, they delayed the flight by a day. I can understand if the flight was delayed by a few hours.”

He said the flight would now reach Doha on Sunday morning, local time, if it took off at the rescheduled time of 3.30 am on Sunday. “We have missed an entire day,” he said. According to the policy of Qatar Airways, the passengers can claim up to 600 riyals as compensation for flight delay or cancellation subject to certain conditions.

Get ready to dethrone TRS government by 2023: Javadekar