Chennai: Though ‘a rose by any other name would smell as sweet,’ coin tells a story, often reflecting the cultural, religious, economic and political history of times. In the recent past, though many would be aware of how the demonetisation has replaced the good old Rs 500 and banished Rs 1,000 denomination, the change of currency is not new in ancient Tamil Nadu.

Chakram, kasu and punch mark coins kept surfacing at one period or the other reflecting the dominance of the rulers. There were even coins minted in gold and silver containing the images of deities and other motifs. 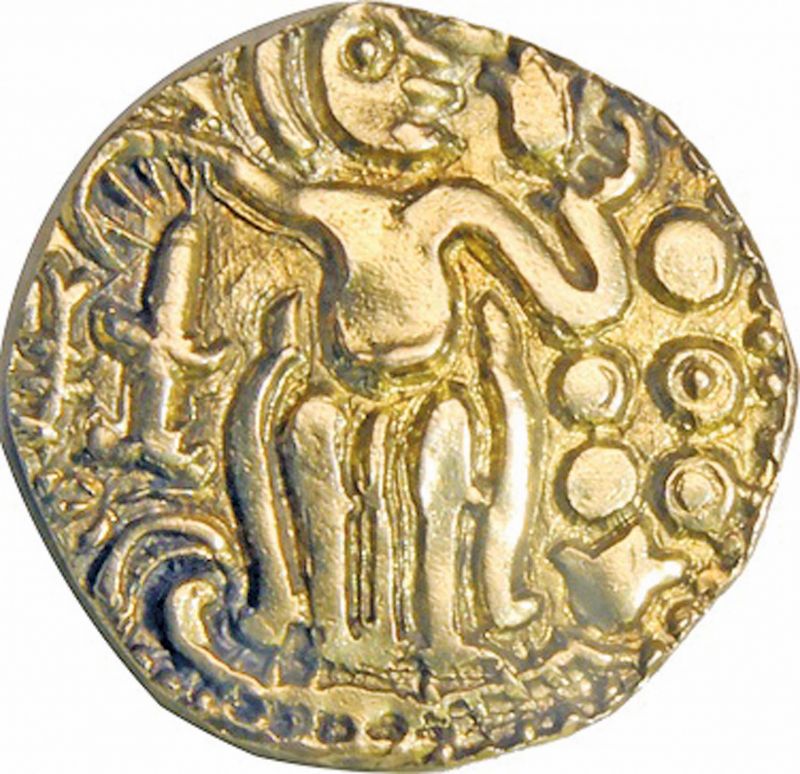 Golden Kahavanu coin during the reign of Raja Raja I Chola.

In fact, the British East India Company retained the rich coin collection of the Vijayanagara emperors as they had no ‘coin’ currency of their own and also because the Indian coins were sophisticated and accepted more. The Vijayanagara gold pagoda - the Varaha embellished with Lord Vishnu in his boar avatar, became known as the Old Pagodas when the New Pagodas, the Madras Pagodas of lighter weight and less value, came into existence. The Madras Pagoda was valued at about three pence at the time. The Vijayanagara’s Swamy Pagoda containing Lord Vishnu and His two consorts were also produced.

Interestingly, apart from the Madras pagodas, the Fort St George mint struck fanam (panam) first in gold alloys and then, from 1688 in silver, probably inspired by the Indian coins, kasu (cash) and duddu (made of cash). In 1692, the Madras Mint was permitted to mint silver rupees of the Moguls. 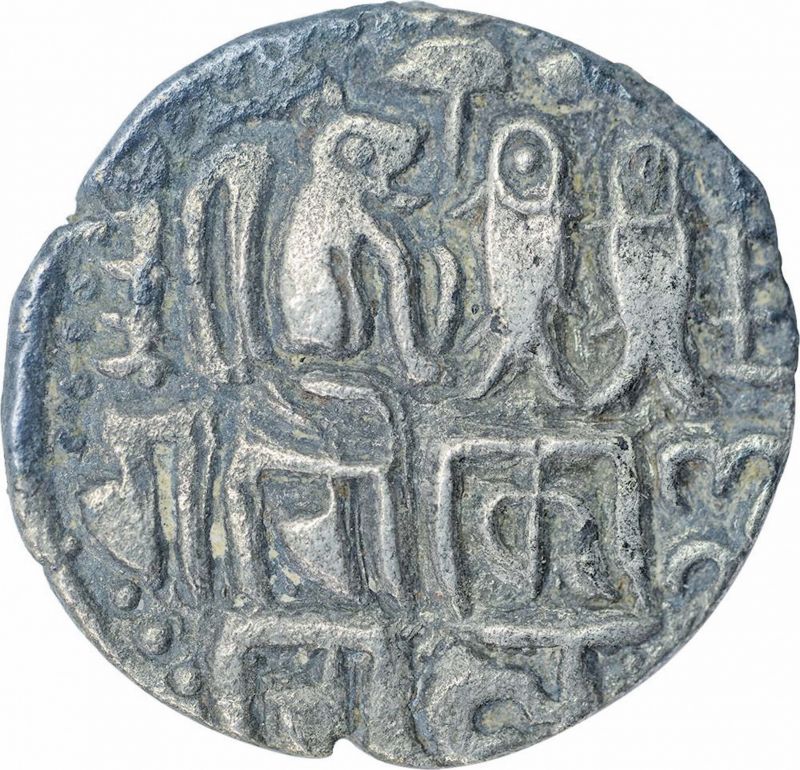 Silver Kahavanucoin during the reign of Raja Raja I Chola.

Initially the new mint was established in the Fort St George in 1665, rebuilt in 1727 in the northwest corner of the Fort, and in 1742, a second mint was established in Chintadripet. In 1792, the Chintadripet mint was moved to the Fort and the two mints became the gold and silver mints, minting star pagodas, which were replacing the Madras Pagodas, Arcot rupees and Madras and Arcot fanams and duddus.

During the reign of Raja Raja I Chola, silver Kahavanu coin weighing around 4.24g, was brought out. Its obverse depicts seated tiger to right with an umbrella and a pair of upright fish with bow and lamp behind. The reverse has the Nagari legend “Uttam Chola” and surrounded by dotted border. His Gold Kahavanu coin has the seated king with right hand raised and conch shell in his left hand. The reverse has the standing king with torch and plant symbol at the sides. It has a Devanagari legend “Raja Raj.”

A visit to the ancient Fort Museum, Egmore Museum and also enthusiasts like the Madras Coin Society, would provide one sufficient opportunity to learn more about the history of coins. Tipu Sultan had 17 mints in his short rule and his coins contain elephant on the obverse and Persian writing on the reverse. While the Kalyana Chalukyas minted punch type coins and each punch had a letter which read together gave the name of the king, the Hoysalas famous for temples in Belur, Halebid and Somanathapura also minted coins in gold, silver and copper.

Vishnuvardhana the greatest ruler of the dynasty minted coins with lion on the obverse and his titles: Talakadugonda (Conqueror of Talakad) and Nolambavadigonda (Conqueror of Nolambavadi). A unique coin of this dynasty is the portrait of Sri Ramanujacharya with the writing Sripattana which is near Tonnur and Melkote where Ramanujacharya stayed for sometime. The Yadavas of Devagiri also minted coins with lion motif and the name of the ruling king in Nagari.

Perhaps the new Rs 10, Rs 50, Rs 200, Rs 500, Rs 2,000 will go down the history as different avatars of the modern Indian currency with the consistent image of the Father of the Nation.