He replaced Udhayakumar with MLA S Mariappan Kennedy, a loyalist.

Dhinakaran, nephew of VK Sasikala, also appointed some of his supporters to various party posts, two days after the merger of the two factions led by Palanisamy and rebel leader O Panneerselvam, a former chief minister. 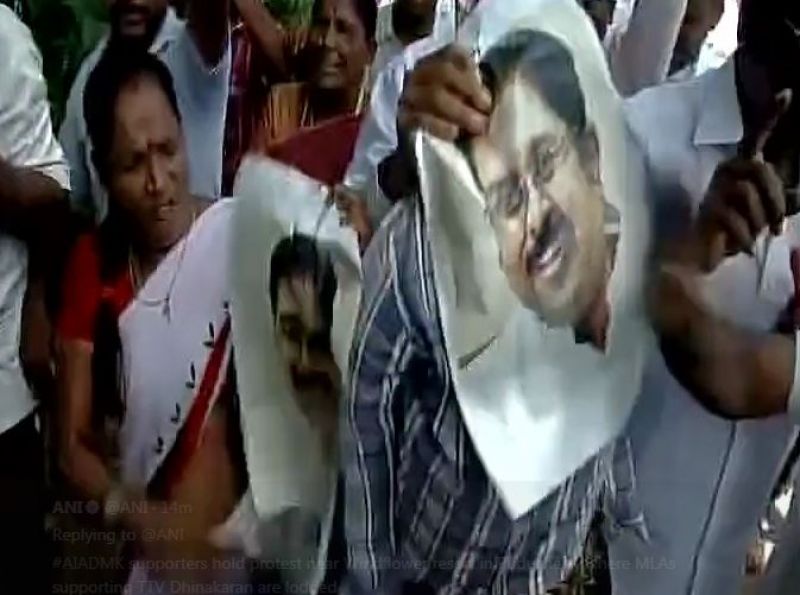 Protesters were seen burning posters of TTV Dhinakaran in Puducherry. 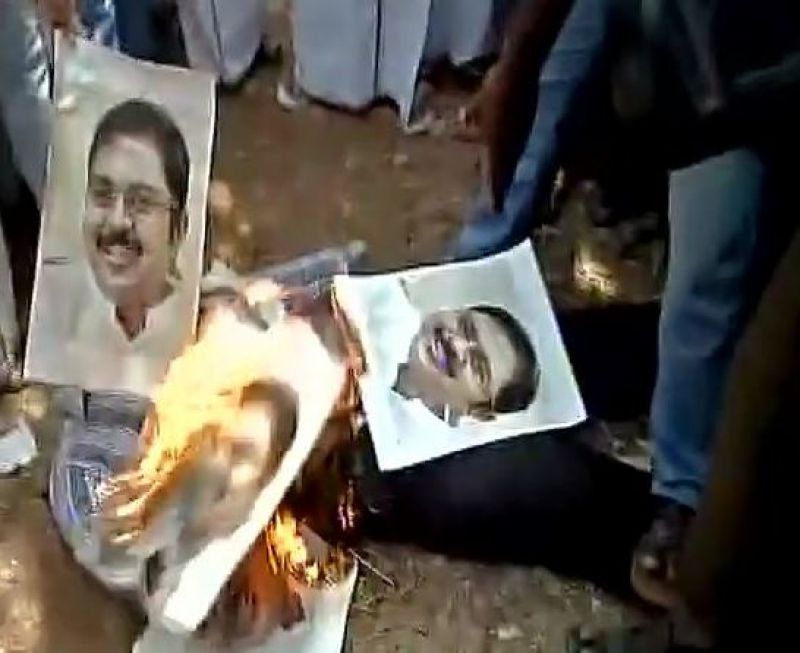 On Tuesday, as many as 19 MLAs withdrew support to the AIADMK, seven of whom were at Puducherry's resort.

The rebellion by the AIADMK MLAs happened just a day after two factions of the party united.

The party had split in December, following the death of former AIADMK supremo J Jayalalithaa.

The two warring factions of the AIADMK – one led by former Tamil Nadu Chief Minister O Panneerselvam (OPS) and other by Chief Minister Edappady K Palaniswami (EPS) – came back together.