After long gap, high-rises reach for the sky again in Hyderabad

Many land parcels in the much-hyped auctions have remained unsold, though a few have fetched record prices.

Hyderabad: High-rise buildings are again coming up in the city after a gap of three years. About 10 such projects scaling up to 35 floors, have been approved by the government. A majority of these are set in the western part of the city due to its close proximity to software firms, multinational corporations, airport and the Outer Ring Road. 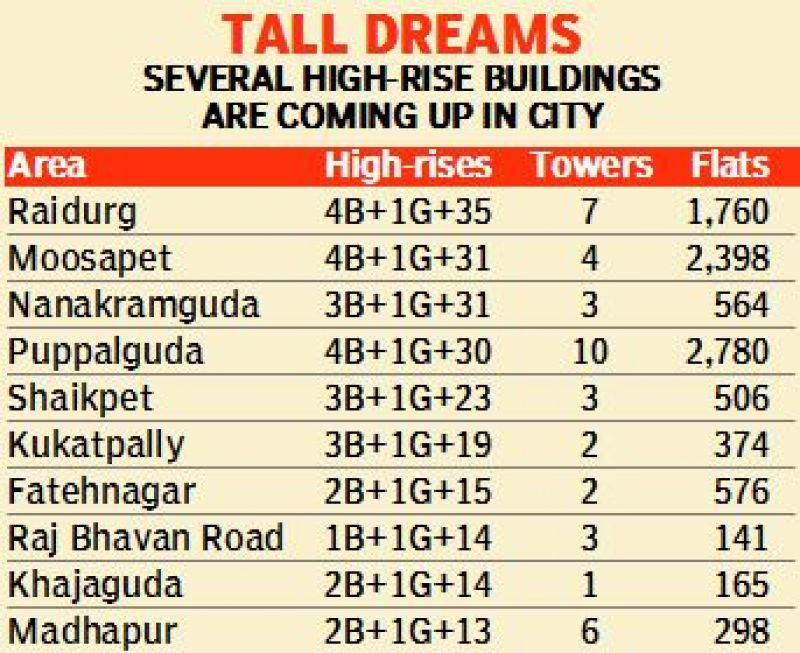 Earlier it used to take months and years  to obtain these permissions. But the Telangana government has made the task easier via online and has asked departments not to hold up applications for more than two weeks. With this, the approval process became simpler and easier.

“Earlier, there was a huge delay. The time to construct a high-rise building used to be lower than the time taken to get approvals. With this, several builders stayed away from taking up skyscraper projects. But Chief Minister Chandrasekhar Rao is keen on encouraging skyscrapers in the city and has relaxed norms. New guidelines were issued recently making the approval process simpler and easier,” said Mr C. Shekar Reddy, past president, CREDAI.