President Mukherjee for debate, discussion; not disruption of Parliament

New Delhi: As the budget session commenced, President Pranab Mukherjee on Tuesday hit out at the frequent disruption and obstruction of Parliament and urged MPs to function in a spirit of cooperation, asserting that it reflects the supreme will of the people.

In his customary address to the year's first session of Parliament prepared by the government outlining its agenda for the coming fiscal, he skipped contentious issues like the unrest in the JNU or Hyderabad University or the reservation agitation in Haryana.

The President declared that the government would constantly strive for smooth and construction conduct of Parliamentary business.

"Our Parliament reflects the supreme will of the people. Democratic temper calls for debate and discussion, and not disruption of obstruction. 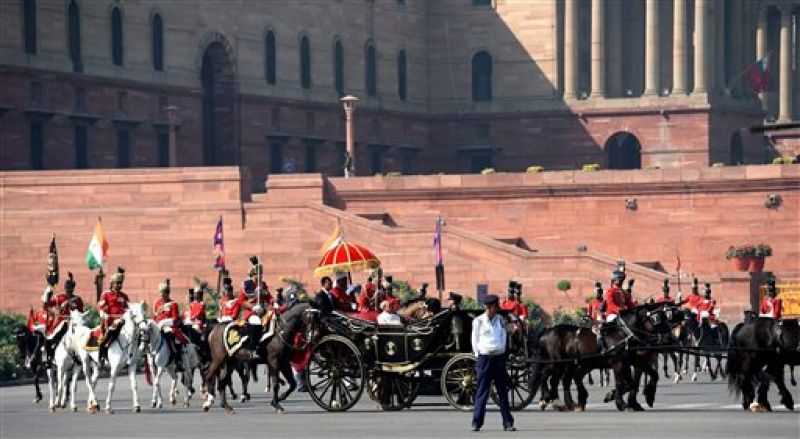 President Pranab Mukherjee arrives in a buggy to address the joint session of Parliament on the first day of budget session 2016 (Photo: PTI)

"My government will constantly strive for smooth and constructive conduct of Parliamentary business. I urge all Members of Parliament to discharge their solemn responsibilities in a spirit of cooperation and mutual accommodation. Let us all collectively endeavour to build a flourishing and prosperous India," he said.

The President remarks assume significance in the context of repeated disruption of business on various issues, loss of time of Parliament and the stalling of legislative business in Rajya Sabha where the government lacks majority.

The 75-minute speech was heard in rapt attention by members in the central hall of Parliament and occasional thumping of desks, especially when he regretted the disruptions and appealed for smooth functioning of Parliament.

"Let noble thoughts come from all directions, should be the spirit behind the debate in this temple of democracy.

Being a member of this great institution bestows great honour as well as important responsibilities," Mukherjee said.