After thanking the World Economic Forum for the award, Shah Rukh Khan finished his speech with 'namaskar' and 'Jai Hind'. (Photo: AP)

Shah Rukh expressed his gratitude saying, "Extremely charged that I've had this amazing opportunity, this award, being recognised like this for minuscule work that I did, I'd like to do it with even more fervour. What is even more pleasant is that India is here in full power."

The superstar was at his wittiest best in Davos when he asked actress Cate Blanchett for a selfie publicly and immediately quipped that it may leave his children embarrassed, sending the audience into peals of laughter.

On receiving the award, Shah Rukh applauded Blanchett -- who was honoured with the award just before him -- for being the queen of billions of hearts, including his own.

He then talked extensively about his social initiative, which he has named after his father, and the reason for the same. 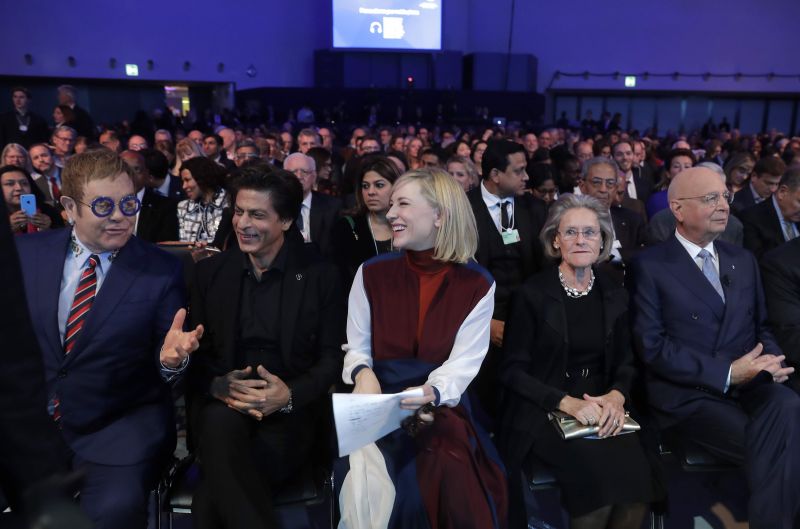 The cine star also thanked his late mother, wife and his daughter for inspiring him.

After thanking the WEF for the award, Shah Rukh Khan finished his speech with "namaskar" and "Jai Hind".

He was presented the award for "his leadership in championing children's and women's rights in India".

Earlier on Monday, he also posed in his signature open arm style right after reaching Davos.

Click here to listen to Shah Rukh Khan's speech at the WEF.

Deadline for application to TSPECET 2021 extended

500-bed hosp to come up close to steel plant