A week to go for launch, Hyderabad Metro work incomplete

Hyderabad: Street-level works at Stadium, NGRI, Mettuguda and Secunderabad Stations are yet to be completed.

Meanwhile, cement, tiles and other construction material lie at the exit and entry gates where pavements are being laid.

Work at the Stadium station is taking longer than expected because there used to be public utilities outside the station. So far, the road has only been levelled with mud. Construction works will begin within a day or two after the levelling of the opposite side of the road is completed. 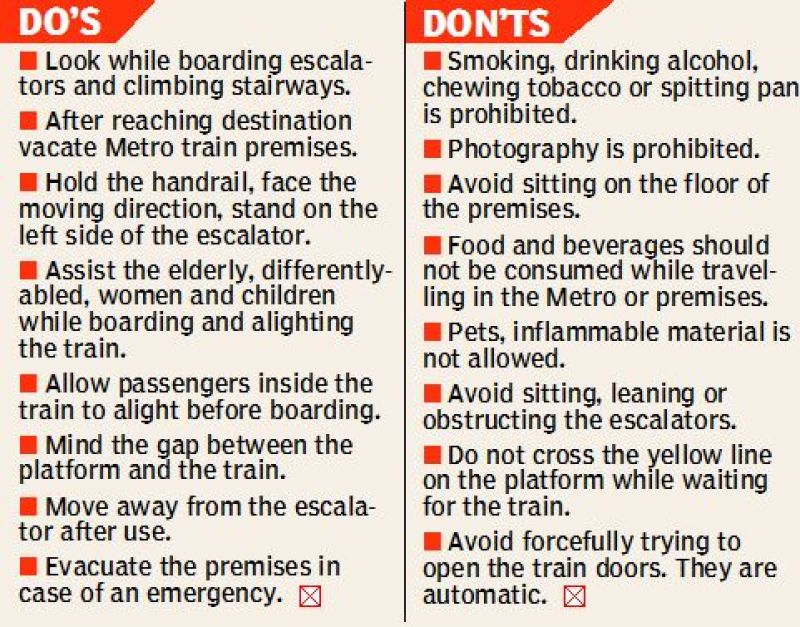 Similarly, at NGRI, railings are being laid and beautification works are underway. At Mettuguda, a very small pavement has been constructed due to the lack of space.

The hawkers who used to stand outside the commercial establishments near Secunderabad Station have now set up their stalls on the completed footpath, in the midst of the construction material. There are hawkers near the entry gate as well as the exit gate. This, along with the bus stop, is resulting in crowding at the street level outside the station.

At Habsiguda Station, the newly-laid pavements are being used to park bikes.

A senior officer of the Hyderabad Metro Rail says, “Street-level works of laying railings and tiles will be completed first. Once we install security personnel at all stations, pavements will only be used for people to move in and out.”

At present, security personnel have only been posted to the Nagole and Uppal Stations, where all works have been completed. At these stations, people are able to walk on the pavements with ease.

Flights resume but be prepared for cancellations, rescheduling, delays

Post lockdown, 'work from home' could be an option for central government employees

Railways cancels all tickets booked for passenger trains till June 30

Appraise us about quarantine facilities for doctors: Supreme Court to Centre