Bengaluru: Deputy Chief Minister Dr G. Parameshwar carried out an inspection of some of the Indira canteens in the city on Thursday, following complaints of poor quality food, and many customers aired their grievances.

Some of them told the Minister that the food quality was better on Thursday only because of his arrival. Otherwise sambhar would be mixture of chilly powder in hot water and canteens lack cleanliness. Some even claimed they have fallen ill after consuming food from Indira canteens. 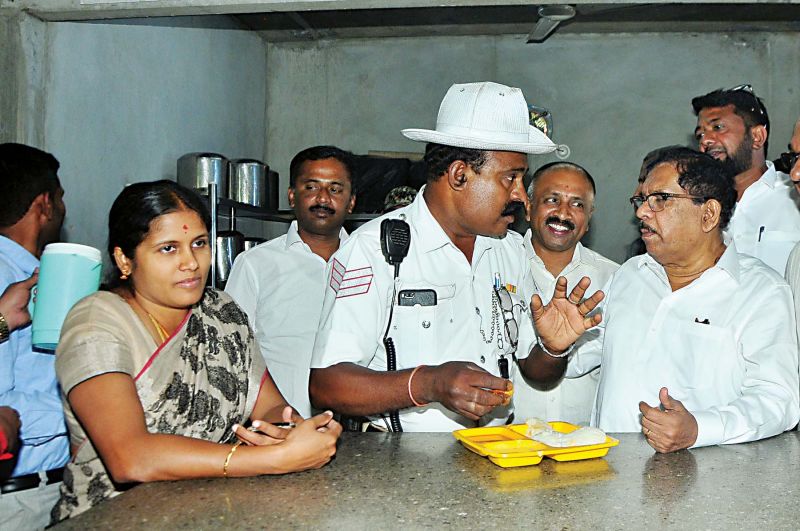 Dr Parameshwar visited Indira canteens located at Vijayanagar and Nayandahalli and he was accompanied by city Mayor Gangambike and other officials.

During his inspection at Nayandahalli canteen, the Deputy Chief Minister grabbed a piece of idly from the plate of a customer and checked its quality. He interacted with several customers and took their feedback.

After the inspection, Dr Parameshwar said weekly inspections will be carried at Indira canteens to check from cleanliness and quality of food served.

While we do not accept the recent allegations against the food quality, we have sent the samples to Dasappa hospital for check. We will take suitable action after the report, he added.

Indira canteens began functioning in the city in 2017 during the tenure of former chief minister Siddaramaiah. It was meant to provide clean and hygienic food at highly subsidized rates to benefit economically weaker sections of the society.

Anantapur on alert after cyclone threat