Tajuddin, a major fruit dealer at the Kothapet fruit market, says apples have gone up by 35 per cent due to fewer arrivals from Jammu and Kashmir and Himachal Pradesh. (Representational image)

Hyderabad: The prices of fruits have gone up on the eve of Sivaratri, the major Hindu festival, as devout Hindus break their fast with fruits on Sivaratri day. Fewer arrivals from other States and depleting fruit production in Telangana State are the major reasons for prices shooting up, according to fruit dealers.

Fruits come into TS from Maharashtra, Karnataka, Andhra Pradesh, Himachal Pradesh, and Jammu and Kashmir, apart from those imported from other countries through Mumbai and Chennai.

“There is a 10 to 15 per cent increase in the price of fruits compared to last year. This is due to fewer arrivals from other states,’ says Suresh, a fruit dealer in Secunderabad.

Tajuddin, a major fruit dealer at the Kothapet fruit market, says apples have gone up by 35 per cent due to fewer arrivals from Jammu and Kashmir and Himachal Pradesh. 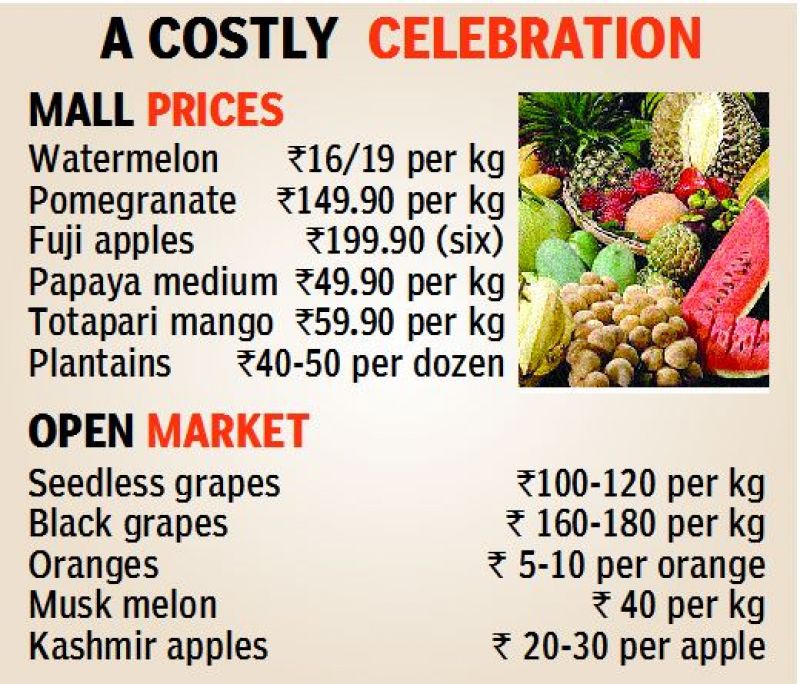 M. V. Madhusudhan, deputy director, Telangana Horticulture Department, said about 30 lakh tons of all varieties of fruits are grown in the State annually on 3.2 lakh hectares. “Hyderabad and its surroundings were once famous for grapes but the area has now depleted drastically. We now get grapes and other fruits from Maharashtra and other states. The price depends on demand and supply. Prices of fruits fluctuate when it comes from outside as transportation, handling and storage costs go up,” he said.

Malls like Heritage Fresh, Big Basket and others have their own network and prices are fixed, unlike in the open market.

Do not provoke the youth in the name of religion: KTR lashes out at BJP

Telangana government not keen on curbs till April 30

Colleges in Puducherry to hold classes online from today