Hyderabad: The first tiger census in the state will begin on Monday. The Hyderabad Tiger Conservation Society has launched a “citizen volunteers” programme in collaboration with the forest department to count tigers in the Telangana forests till January 29.

Volunteers will survey tigers and other animals, as well as the condition of the forests, through what are technically called “sign surveys” and “line transect surveys”.

The census will be conducted in Kawal and Amrabad tiger reserves and Pocharam, Eturnagaram and other wildlife sanctuaries. The entire forest area of 25,000 square kms will be covered.

A. Shankaran, OSD Wildlife, said, “We have too many beats in the forest area and were short of staff and therefore, we decided to recruit volunteers to help us. We got an astonishing response from youngsters.”

Some 3,000 forest beats have been marked out, and two people have been assigned to each beat. Forest officials, NGO volunteers, students of the Telangana Forest Academy, and animal trackers are all involved in the census. 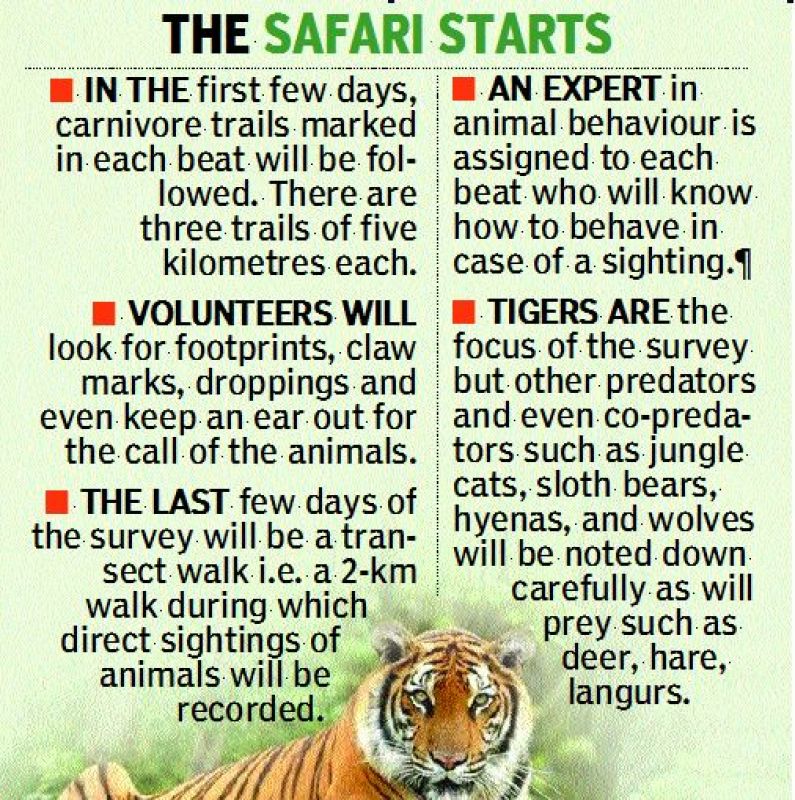