Bengaluru’s slide on the environmental scale is worrying.

That Bengaluru has lost its glorious heritage of tanks and lakes is plain to see and a recent survey by the state pollution control board has confirmed the worst: 53 out of the 67 lakes tested contain water that can only be used for irrigation or industrial cooling. Not a single water body has been classified under Class A or Class B. Lakes are poisoned with effluents from industries and apartments, while broken fences along the lakebeds allow unscrupulous elements to dump garbage there. The alarm bells have been sounded but over 60 lakes in the city are still 'orphans', waiting for the BBMP or BDA to take responsibility, reports Aksheev Thakur.

Bengaluru’s slide on the environmental scale is worrying. Besides its fast vanishing green cover and visible concretisation, the quality of water in its lakes is getting worse by the day. While the extreme pollution of the frothing Bellandur and Varthur lakes is apparent to everyone,  since April the water quality index of the Madiwala and Hulimavu lakes too has been unsatisfactory.

Read | Guest column: Time to relook at our life-nourishing lakes

In fact, the Karnataka State Pollution Control Board (KSPCB ), which sampled the water of 67 lakes in the city, has found that over 53 have a poor water quality index. And none of the lakes fall in the top Class A or B categories, with most making it to merely Class D or E,  which makes their water  only fit for use in irrigation or industrial cooling. Interestingly, the board found that 14 lakes had no water at all.

A couple of years ago, we caught drivers dumping fresh mud into the Chunchaghatta lake. We took pictures and the drivers were arrested and their vehicles  seized. But they were later released and now you can see the mud on the lake bed.”
— Kshitij Urs, water expert

Its survey has only confirmed what everyone knows already: the city of lakes has ended up poisoning its water bodies with garbage and effluents from industries and apartments that regularly find their way into them. Athough the broken fences along many of  the lakes has made them vulnerable to the dumping of garbage and effluent discharge, the  Karnataka State Lake Development Authority (KLCDA) does not have the required staff to monitor them. But it can do little even in the best of times as it has custody of only four lakes. 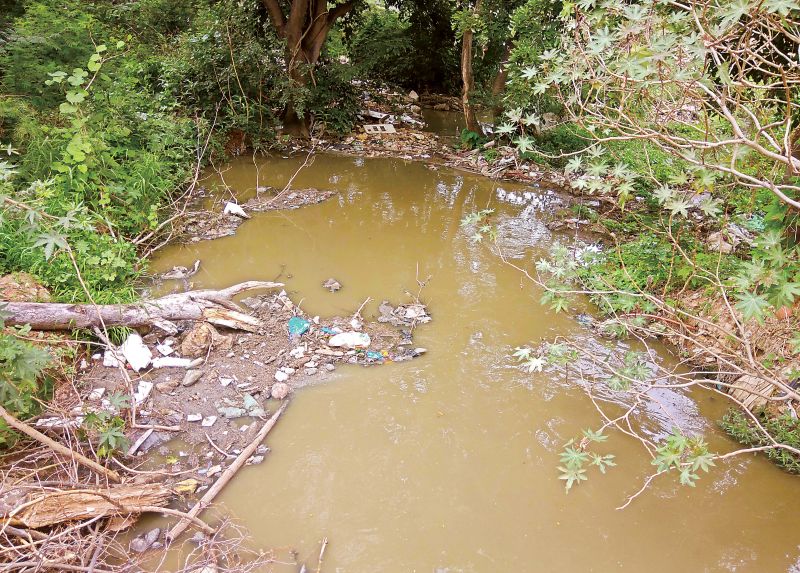 Environmentalists complain that over 60 lakes in the city are currently orphans as they are still waiting for either the BBMP or BDA to take responsibility for them.

Take the Veketeshpura Lake near Jakkur , which the BDA claims to have  handed over  to the BBMP, while the latter says it does not have the grants to handle the responsibilty, leaving the lake in no man's land. Clearly, in the absence of monitoring little can be done about the sewage or effluents that find their way into these lakes. 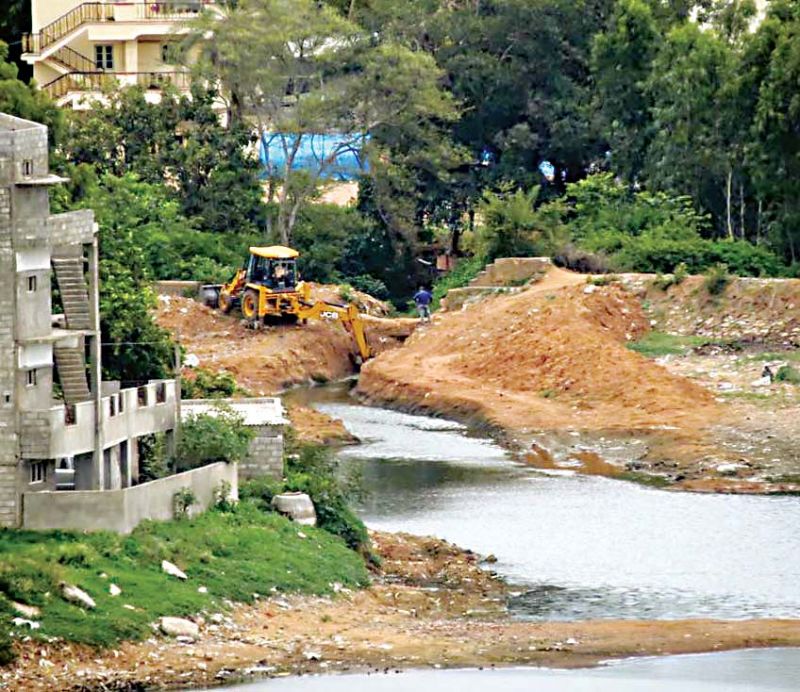 Different agencies are  fencing lakes and installing cameras around them to stop the dumping of garbage. We are also appointing wardens for each lake.”
— Seema Garg, CEO, KLCDA

An environmentalist, Shubha , points out that in areas with no underground drainage, the sewage is openly let into the storm water drains (SWD) leading to the lakes, contaminating them.

“The sewage  from these areas always end up  in a lake. If a new residential complex is built there, there is even more pressure on the SWDs,” she regrets.
Ms Seema Garg, CEO of KLCDA, agrees that unless the entry of sewage into lakes is stopped completely, none of the rejuvenation work will have any impact. But she claims  the authority is working to keep the water bodies safe from  pollution. “Different agencies are in the process of fencing the lakes and installing cameras around them to stop the dumping. We are also inducting wardens for each lake,” she says.

Ask KSPCB chairman, Lakshman, about the  industrial effluents being discharged into  lakes, and he says notices have been issued to industries that are not complying with the National Green Tribunal( NGT)’s order to install STPs to treat their effluents. But noting the poor improvement on this front,  environmentalists believe the board is not doing enough to keep the industries in check. “Is the KSPCB’s role now only limited to issuing notices?” they ask disdainfully.

‘KSPCB is certifying its inefficiency’

“With all the technologies that we have, it is shameful that we have not been able been able to upgrade the  water quality of our lakes to Class B.  The revenue department must be held accountable. Not one official from that department has ever been punished,” regrets Mr Ram Prasad, co-founder of  the voluntary group, Friends of Lake.

Noting that the city has not been able to separate its rain water  from sewage, he feels the revenue department should be blamed for designing haphazard layouts.
While  the Karnataka State Pollution Control Board (KSPCB) says water from lakes in Class D and E categories can be used for irrigation and industrial cooling, lead scientist at the Indian Institute of Science, TV Ramachandra begs to differ, noting that the presence of heavy metals in the vegetables grown downstream of Bellandur lake, make them unfit to eat.

“If the water quality index is unsatisfactory, the KSPCB is certifying its own inefficiency. When a lake is polluted, the ground water too gets affected and if this continues we will have a dialysis unit in every home,” he warns, suggesting that the regulatory agency should up the ante against  industries and residential complexes flouting the National Green Tribunal’s order on installing sewage treatment plants.  Some environmentalists believe that political appointees to the KSPCB are making it ineffective and want a more active body to keep a check on the city’s rising pollution levels.

■Guest column: Time to relook at our life-nourishing lakes

US cannot tell India what to do in Chabahar port project with Iran: Indian envoy

Assam lost 8000 square kilometres of land to erosion since 1951