Among Hyderabad beggars, an MBA, a teacher

Hyderabad: Riches to rags stories are not restricted to films, but are found in real life. Ms Farzona, 50, who was caught begging near Langer Houz on November 11, has an MBA and had worked as an accounts officer in London.

Her back story unravelled at Anand Ashram, a shelter for beggars that is run by the prisons department within the Cherlapalli Central Prison.

Ashram incharge K. Arjun Rao, superintendent of the Cherlapalli open-air jail, said “For the past two years, she has been facing hurdles in her life. She lost her husband and was staying with her son, an architect, and his family, in Anandbagh. She went to a godman seeking a remedy for the impediments she was facing in her job and personal life. He asked her to become a beggar to overturn her tashil (ill luck). We released her after her son submitted an affidavit,” he said. 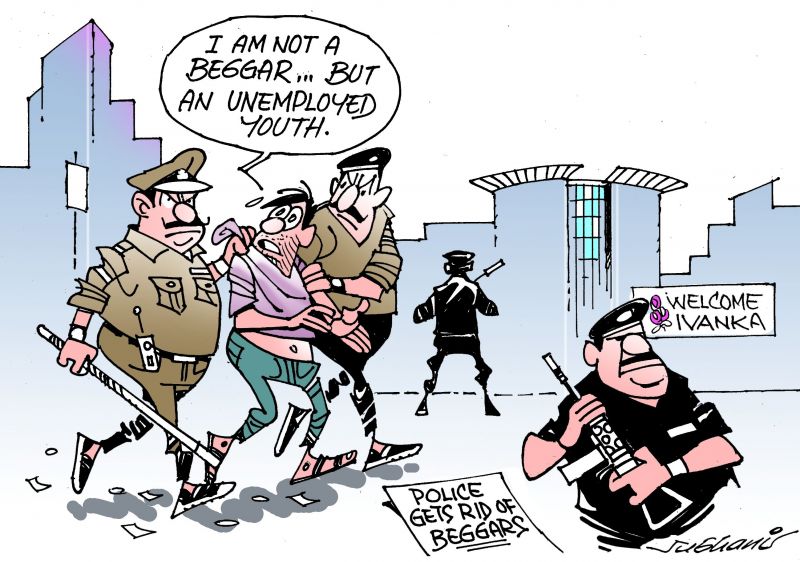 The staff of Anand Ashram said that during her stay there, other inmates of the Ashram would call Farzona “madam”. “When we tried to talk to her, she was able to reply in fluent English,” an inmate said.

The story of Ms Rabiya Baseera, 44, is equally unusual. Fate forced this green card holder who worked in the USA for years to beg at a dargah in the city.

Mr Arjun Rao said that Ms Baseera was reduced to begging after being cheated by her relatives. “She speaks fluent English and when she explained her story, we had tears in our eyes. She was well-settled and owned properties in the city. But a few of her relatives cheated her out of her wealth. After she was caught begging, some of her relatives gave us a declaration that they would take care of her and took her with them,” he said. 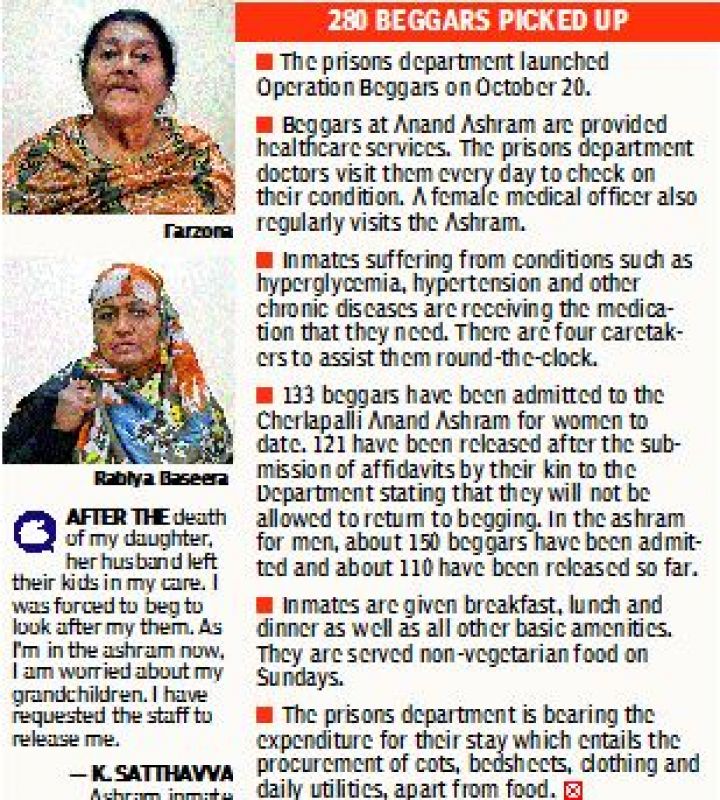 A special drive has been organised to rehabilitate beggars by the prisons department in coordination with NGO, GHMC, and the police.