‘Save Alappad’ campaign looks for a new push

A long view of the shrinking Alappad village. (Photo: DC)

KOLLAM: The 'Save Alappad, Stop Mining' campaign by the villagers of Alappad, the coastal village of Kollam, is nearing a year even as they continues with their relay hunger protest against illegal black sand mining without proper environmental clearance from including Kerala Coastal Zone Management Authority (KCZMA).

The protesters have decided to conduct a march and a sit-in protest in front of the Kollam collectorate on Monday. Congress leader V.M. Sudheeran will inaugurate the march. 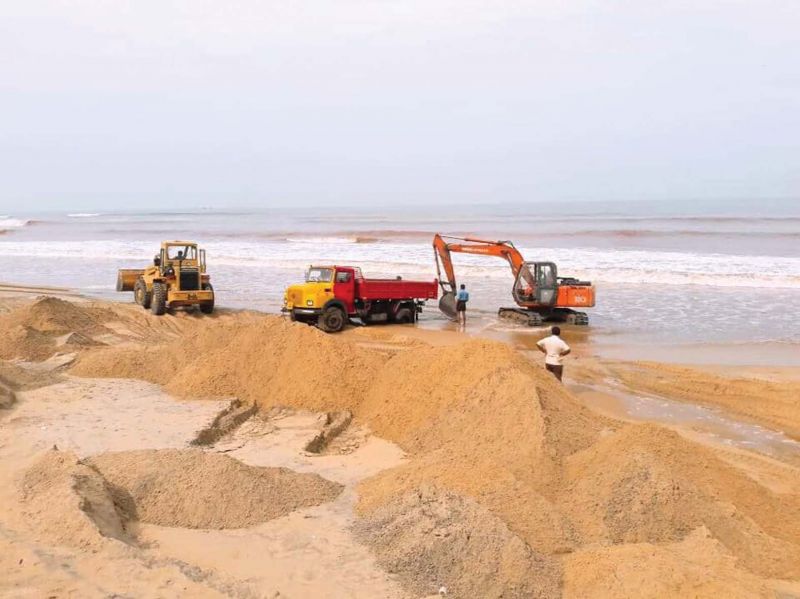 "The governments change but they are least concerned about the plight of some 5000 families that bear the brunt of sand mining," said Captain Christopher D'costa, chairman of the council. "During the last six decades of sand mining, the coast along Neendakara to Thottappally lost 90 per cent of its land, which is also unaccountable. We demand the agencies to intervene to find a permanent solution for this."

State Environment Impact Assessment Authority (SEIAA) in an RTI reply had earlier confirmed it has not given Indian Rare Earths Ltd (IRE) environmental clearance for mining at Alappad. It is the responsibility of the district administration and the local body concerned to take action against the illegal mining, it says.

According to the CRZ-1 notification by the ministry of environment, forest, and climate change, the mining site in Alappad which is a sea coast, requires impact study before issuing an environmental clearance.

The SEIAA has maintained there is no environmental clearance for mining in land areas (re-survey no. 8/70 to 8/175 of block 8) under Alappad village in Karunagappally taluk.

The protest, which was ignored by the government and mainstream political parties, took an organised form on November 1 turned a massive movement under 'Save Alappad, Stop Mining' campaign with various social and cultural activists declaring solidarity with the people of Alappad, despite sabotage attempts by the local body and bureaucrats.
Alappad grama panchayat in Karunagappally Taluk is located as a narrow strip between the TS Canal and the Arabian Sea at in coastal Kollam. As per the litho map of 1955 by the government of Kerala, the village had an area of 89.5 square kilometres. According to the protesters, the black sand mining in the area has shrunk it to just 7.6 square kilometres. The narrowest part of the land strip has become just 33 meters between the canal and the sea.

According to the protesters, the sea washing of black sand by Indian Rare Earths Ltd violating the CRZ norms has made the sea inundate the entire coast of Alappad and Arattupuzha and Thrikkunnappuzha panchayats in Alappuzha district.