Talakadu: Buried in sands of time rich, historic Treasures emerge out these dunes

A file photo of the famous Kirthinarayana Temple at Talakadu surrounded by sand dunes.

Who has not heard of Talakadu, the historic town on the banks of the river Cauvery and the curse of Alamelamma in the 17th century, which continues to haunt the royals of Mysuru three centuries later?  “May Talakadu turn into a barren expanse of sand; may Malangi (a village on the banks of Cauvery) turn into an unfathomed whirlpool; may the Wodeyars of Mysore not have children for eternity,” she chanted as she leaped to her death in the swirling waters of the river after soldiers of Raja Wodeyar took over Mysore, dethroning her husband, the ailing Tirumalaraja.  Alamelamma who fled with the royal ornaments to Talakadu,was hunted down and preferred to save her honour but not before uttering the ominous words cursing the Wodeyars to a heirless future. Over the past century, Talakadu has evolved into a renowned tourist spot and is now witnessing a series of excavations bringing many interesting facets of the culture, religion and urban ethos of the historic town from the Neolithic times to light.  But what has left historians and geologists mystified are the  sand dunes of Talakadu, formed by fine sand transported by the wind. Archaeological investigations have proved that the dunes formed in the town during the middle of the 17th century when south India faced a severe famine and drought with the south-westerly winds dropping fine grain sand in the Talakadu region. Or was it the curse of Alamelamma which made the land turn barren? Archaeologists have now unearthed a treasure trove of historic relics in the town which was once the capital of the Western Gangas (4TH to 10 century) and is one of the oldest cities of the state. M.B. GIRISH explores the amazing discoveries at Talakadu following intensive research and excavations conducted by the department of archaeology, heritage and museums jointly with University of Mysore.

Sand dunes are usually formed in deserts, on sea shores and the banks of huge lakes but the sand dunes of Talakadu, on the banks of River Cauvery about 60 km south west of Mysuru city, are a strange ecological phenomenon in a town of great antiquity. The dunes are a repository of history from the Neolithic to modern age and have become an intense source of inspiration for those who love history.

Archaeologists digging up the sand dunes spread over 4-5 square km in Old Talakadu, have unearthed artefacts as old as 4,000 years. In fact a recent excavation of the dunes conducted from December 2018 to March 2019 brought to light a palace of the erstwhile Ganga dynasty, which ruled from the capital Talakadu over present day districts of Old Mysuru and extended their suzerainty to Bengaluru and Kolar.

Clearing the bushes and vegetative growth in the sand dunes has also exposed mud walls made of black soil making officials wonder if a palace once stood at the place. “We are not sure of the existence of the palace but locals are sure since they claim their elders have passed on information on the palace buried under the dunes,” say archaeology officials.

Some believe the black mud walls could be protection walls built to prevent gusty winds from transporting sand to the town centuries back. These walls could also have served as protection against floods since the River Cauvery flows close by the dunes.

“We may have unearthed a palace as there are sacred structures around it. If it had been an ordinary structure, it would not have been located right in the middle of the temples,” says an archaeology official.

Another discovery which has left the excavation team fascinated is the discovery of an ancient Shiva linga amidst the dunes surrounded by vegetative growth. Following hints given by shepherds, archaeologists found the Shiva linga and named it ‘Onti Linga’ (in English it means a single and separated Shiva idol) some distance from a Jain basadi in Talakadu.

“After discovering it, we performed pujas to the Shiva linga,” said an archaeology official. The latest excavation conducted from December to March in the  dunes found a Jain sculpture besides objects such as bangles, iron, stone objects, pottery pieces and broken shells.

The first excavation at Talakadu was taken up in 1996 followed by projects in 2008, 2009 and 2010 and the latest in 2018-2019 leading to the discovery of ring wells Jain basadi, wind breaker wall, a Vijayanagar period bathing pond, bund wall and even a Roman coin mould. Pottery unique to the Neolithic period was also found proving that neolithic man lived at Talakadu and was involved in the practice of burying their dead on river banks.

Realising the historic significance of the sand dunes, the state government swung into action and protected them by issuing a government order. The department of forests has fenced the dunes to save them from illegal sand miners.

The ASI on its part has taken up the task of protecting two important temples- of Kirthinarayana and Vaidyanateshwara (both Shiva idols) surrounded by the dunes. The ASI has also restored Mahadwara (main entrance) at Old Talakadu as it was buried entirely in sand. Before it was discovered, pilgrims to Talakadu used to walk over the mahadwara buried in the dunes. “After restoration work, the mahadwara has got its original shape with pillars and beams,” an ASI official says.

The famous Kirthinarayana Temple with an idol of Lord Vishnu, was built by Hoysala King Vishnuvardhana after driving away the Cholas from Talakadu, in 1117 AD. Its restoration was taken up in 2009-10 and completed in 2012. The ASI officials say that the entire structure was dismantled from the foundation and after careful documentation of the stones. Some of the stones used in Kirtinarayana temple were found to be in fine condition and were reused in the new restructure while the damaged stones were replaced with new ones.

As for the Vaidyanatheshwara temple, rain used to leak into the  tower. The ASI officials were able to stop the seepage using lime concrete.

There are several smaller shrines dedicated to Lord Shiva at Talakadu-Maraleshwara and Pataleshwara are the other two prominent temples which are now under the custody of the Muzrai department. These shrines are located in dunes which rise to a height of about 20 feet.

Human living is inextricably linked to cultural and social continuity and many of our modern practices have evolved over a thousand years to reach a stage of perfection. Towns like Talakadu which would leave any archaeologist wonderstruck because of the richness of its antiquity, serve to remind us of the craving at the bottom of our hearts to reclaim the glory of the ancients, of the times when a great nation was looked upon with wonder and envy by nations the world over. The magnificent temples and intricately carved shrines symbolise the dreams of a people who refused to be cowed down by invaders and hard times and lived their dreams to the fullest. Maybe, it’s time we relived their dream.

Talakadu, Varanasi of the south
Talakadu is described as the Varanasi of the south and is a well known Shiva pilgrim centre which sees a large congregation of pilgrims during Panchalinga darshana. The worship of Sadyojata (Maraleshwara idol), Aghora (Pataleshwara idol), Tatpurusha (Arakeshwara idol of Vijayapura), Vamadeva (Mallikarjuna of Mudukutore) and Ishana (Vaidyeshwara), five forms of Shiva lingas on the occasion is known as Panchalinga darshana. This happens  on the Kartika bahula amavasya day.

On this day, the sun and moon should be in Vrischika rasi (Scorpio). The belief among devotees is that on this  occasion, if one worships all the five Shiva lingas between 5 and 7 am, they can fulfil all their desires. Lakhs of pilgrims from various parts of Karnataka and the country as a whole descend on Talakadu and worship Lord Shiva. 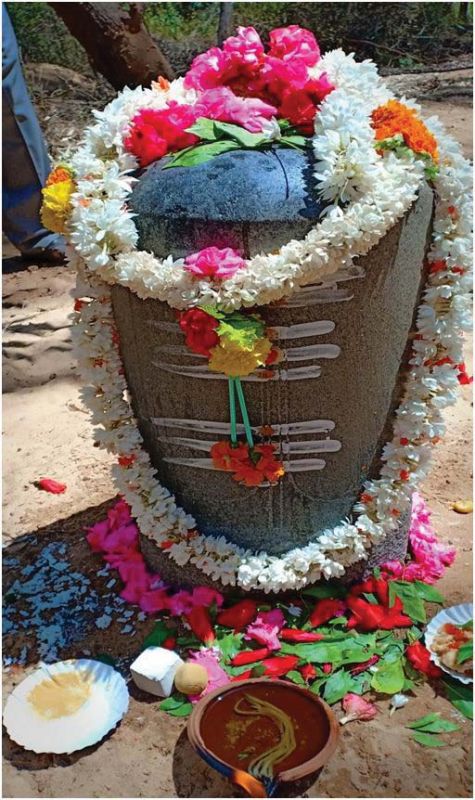 An isolated Shiva Linga is the latest finding at Talakadu