Trash is piled up near the highly appreciated street art (Photo: DC)

Hyderabad: Public events, exhibitions, special runs and visitors have turned Necklace Road into a rubbish dump. Snack shacks frequented by late night moviegoers and midnight tours around the lake generate mounds of rubbish that is causing authorities some concern.

While maintenance of this area is the responsibility of the state agency, the HMDA, sanitation comes under the municipal corporation. 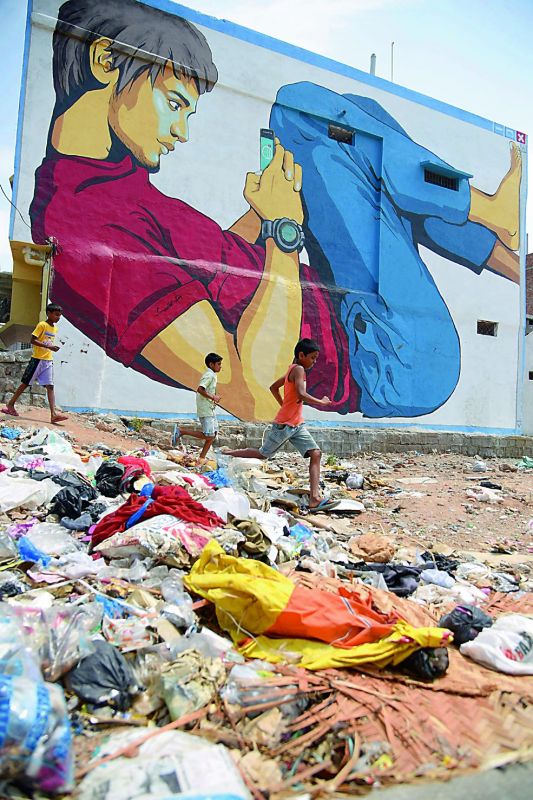 Unmindful of the conditions. Uncleared trash 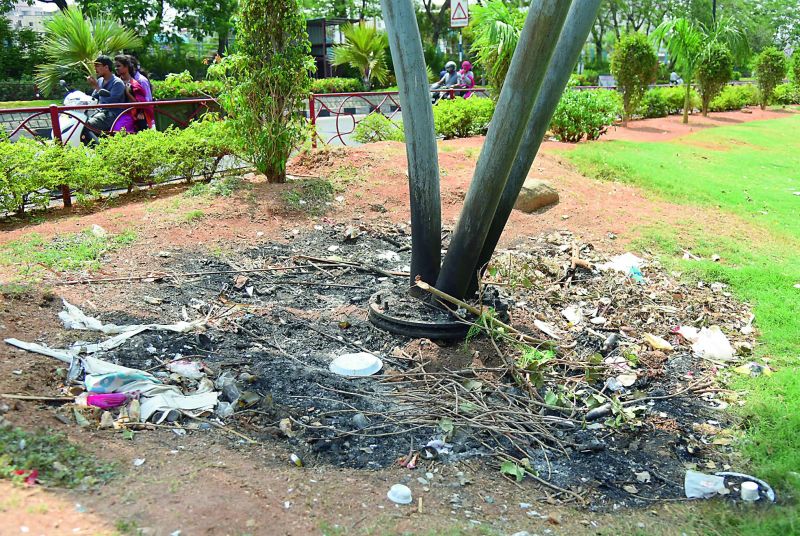 Is common along the lawns which is a popular haunt for families who visit in the evening and nights. The area is cleaned in the mornings but dirtied by visitors unmindful of hygiene and cleanliness.

The cleaning of the 2.4-km stretch is done from 6 am to 2 pm every day. However, the peak time for visitors is from 6 pm, especially during summer. Since the public has a very poor civic sense, they simply throw their trash on the road instead of in rubbish bins or carrying it back home for disposal.

Ms Maheswari, a GHMC sweeper, said few food vendors kept dustbins next to their stalls. But there are dustbins at regular intervals along the road and these are mostly ignored or misused.

HMDA supervisor Santhosh Kumar said dustbins were often upturned at night and lit cigarette stubs are tossed into the cans so that the paper inside catches fire. "The weekend crowd at Necklace Road is huge and it amazes me how even the educated behave in terms of littering," he says.

Though the Buddha Pur-nima Project Authority has banned plastic from Necklace Road, it is not enforced. Enjoying an outing seems to include making the place as dirty as possible.