Bengaluru: Often seen as  a thinking man's constituency, Malleswaram boasts of a high literacy rate among its voters,  which usually leads to a thoughtful selection of its representatives whether in assembly or otherwise.

With traffic choc-a bloc in its many narrow lanes that retain an old world charm, and a flower market that caters to the many festivals that are celebrated here with gusto, the constituency has a large number of Brahmins and Vokkaligas, who form the bulk of voters.

Home to heritage structures like the home of eminent scientist, CV Raman, the premier Indian Institute of Science and several colleges and schools,  the locality is crowded in parts and peaceful and spacious in others, giving it a distinct character that is all its own.

Once known as the Tamil-Kannada-Konkani-Brahmin stronghold  that the Janata Party and later the Janata Dal(S) could rely on to back it, the constituency has now transformed into a more cosmopolitan hub.

But that hasn't rid it of poor footpaths, bad streetlights, and poor garbage management. The Mantri Mall and Mantri Greens complex   in the area (listed under Gandhinagar constituency) have been  a source of  traffic jams and parking problems. The Orion Mall and Brigade group's World Trade Center only add to the problem. Says Madhuri, a resident of Mantri Greens, "It's a nightmare  to cross this stretch and the junction during peak hours."

Ms Bindu D.B, a resident of East Park Road has a problem with  street vendors, who have encroached half the roads and the footpaths in her locality. "There is hardly any space for cars or pedestrians," she laments. 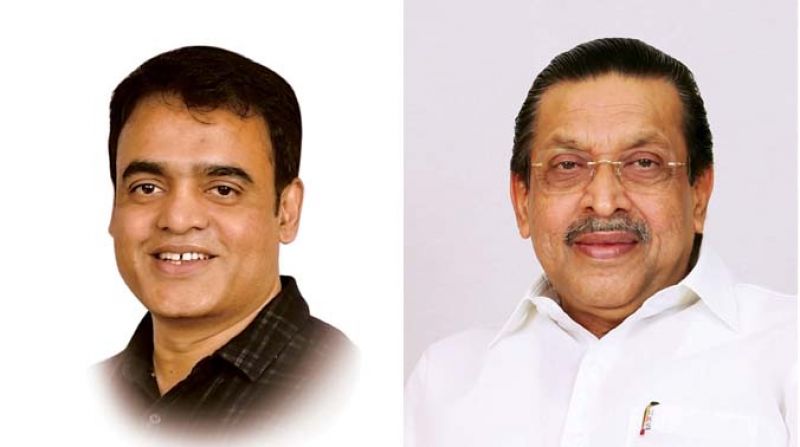 Of the constituency's seven BBMP wards, six are with the BJP, and only one with the Congress. In the 2004 assembly poll,however, the Congress's M R Seetharam defeated Dr. Ashwath Narayan of the BJP by a margin of 9,777 votes. But in the following polls of 2008 and 2013  Dr. Narayan turned the tables by winning with a considerable margin of 8,153 and 21,066 respectively. It's believed that he will have no difficulty in retaining the seat if the Congress fails to field a strong candidate against him these elections. While the  party has not announced its candidate yet, Mr Seetharam is reportedly not inclined to contest these assembly elections.

Over the years Dr Narayan seems to have been more interested in sports-related work rather than in improving the footpaths and narrow roads, building a basketball stadium, installing gym equipment in parks and providing sheltered seats in various grounds.

But even so, B.S Gautham, a former national basketball player, who participated in the Asian Championship in 1997  is unhappy with the pace of work to build sports and other infrastructure in the locality. "It took almost nine years to build the basketball stadium here and although two years have passed since they started building the Malleswaram market, the work is still going on," he rues.

But he gives Dr Narayan the thumbs up for  providing drinking water, walking tracks and gym equipment in parks. Others seem happy with how accessible the MLA is. Their contentment with their MLA could possibly translate into votes, making Dr Narayan's prospects these elections bright.