Of the total amount, however, only Rs 105.33 crore has been released by the Centre under the umbrella of other schemes supported by the fund.

Hyderabad: A total sum of nearly Rs 3,100 crore, allocated by the ministry of finance to various states between 2013 and the present under the corpus known as the Nirbhaya Fund, remains unutilised.

This fact has come to light thanks to a Supreme Court (SC) directive to the Centre and various states to file a status report on exactly why the fund set up for the  lies unutilised.

In 2013, the ministry of finance announced the fund to finance several initiatives aimed at enhancing the safety and security of women in the country. 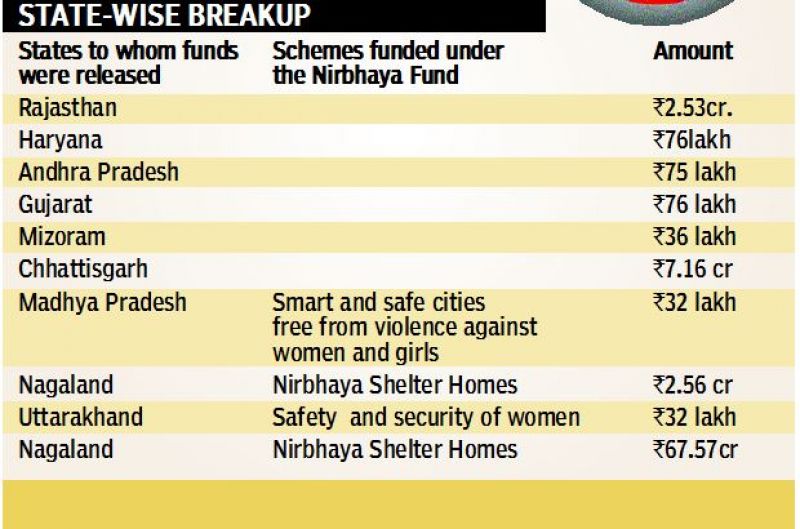 Of the total amount, however, only Rs 105.33 crore has been released by the Centre under the umbrella of other schemes supported by the fund.

Of the released amount, Andhra Pradesh received Rs 75 lakh in 2016-17, while Telangana does not feature in the list of recipients at all.

According to data provided by the home ministry, various projects under different ministries have not even used half the funds allocated to them since the inception of the scheme.

One such is the Abhaya Project, run by the ministry of women and child development, proposed by the Andhra Pradesh government to ensure the safety of women and children. Appraised at Rs 138.49 crore, it has used only Rs 58.64 crore.

Additionally, the SC has observed that neither Telangana nor the Andhra Pradesh government has statistics about how many victims of sexual assault have received compensation and to what extent.

In a statement, the Centre has said, “There is an Empowered Committee set up by GOI which is an inter-ministerial committee for appraising, recommending and reviewing various proposals/projects proposed by different ministries/departments/states.

“As per Section 357A of CrPC, every state government, in coordination with the Central government shall prepare a Victim Compensation Scheme (VCS) for providing funds for the purpose of compensation to the victim or his or her dependents who have suffered loss or injury as a result of the crime and who require rehabilitation.”

However, no explanation has been submitted in Parliament as to why such a small portion of the funds has been utilised.