Govt appeals for peace as 12 die in Jat stir, agrees to give OBC status

Delhi:  Buckling under pressure from agitating Jats, BJP on Sunday announced that a Bill for giving OBC status to Jats will be brought in the coming Haryana Assembly session and a high-powered committee will be set up to examine the quota demand for the community in central jobs.

BJP general secretary in-charge of Haryana Anil Jail also appealed to the Jats who have been protesting in Haryana to call off their agitation, which has badly hit life in the region, and return to their homes as their demands have been met.

"A bill will be brought in the coming session of the Haryana Assembly for granting OBC status to the Jats in the state," Jain said after a Jat delegation had an hour-long meeting with Union Home Minister Rajnath Singh.

Haryana is ruled by a BJP government headed by M L Khattar.

Jain said a high-powered committee headed by a senior Union Minister will be set up today to look into the demand of reservation of jobs in central government for the Jats.

"The composition of the Committee will be announced by the BJP President (Amit Shah)," he said.

After the meeting with the Home Minister, Jat Sangharsh Samiti leader Jaipal Sing Sangwan said the discussion was very positive and he was confident that the community would accept the decisions.

"We appeal to everyone to call off the agitation," he said.

However, another leader of the Jat Sangharsh Samiti Rajesh Dahiya said a decision on calling off the agitation would be taken by the community later.

Haryana was on the edge on Sunday as fresh incidents of arson and violence shook the state with a ninth town being brought under curfew as the Jat agitation for quota under OBC entered the eighth day so far claiming 10 lives.

The Jat stir also hit Delhi with the Arvind Kejriwal government announcing closure of schools tomorrow as part of water rationing after supply from Haryana was disrupted. The national capital also witnessed big traffic jams in some parts.

Ten persons have been killed and about 150 injured during the ongoing Jat stir, Haryana DGP Yashpal Singhal said even as claimed that steps were being taken to restore water supply to Delhi and clear road and rail blockades.

"According to the information we have so far, in the entire state 10 people have been killed and about 150 injured," he said.

Road and rail traffic through Haryana destined for North India from Delhi side remained disrupted with bus and train services remaining suspended. In the wake of shooting air fares airlines announced additional flights to Chandigarh and Amritsar today.

Curfew was imposed in Kaithal city in the wake of ongoing Jat agitation after tension erupted in the town due to protests by Jats and tussle between Jats and non-Jats. 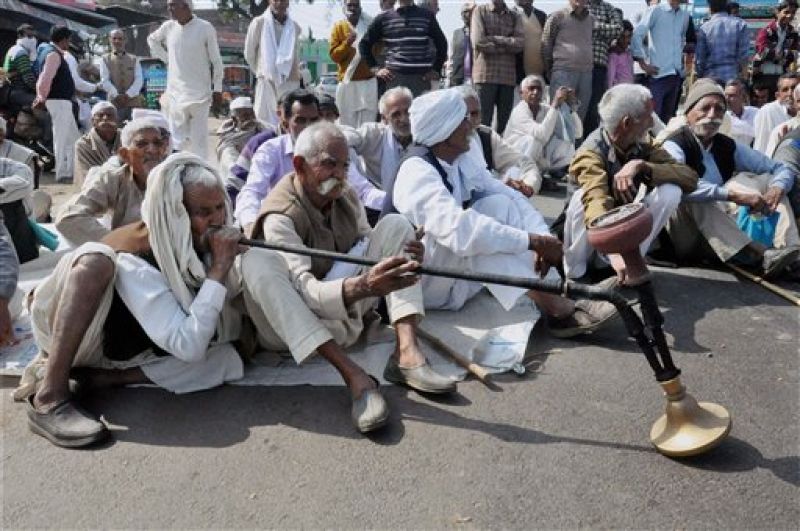 With this, now Kaithal has become ninth city where curfew has been clamped after Rohtak, Bhiwani, Jhajjar, Jind, Hisar, Hansi, Sonipat and Gohana town of Sonipat district.

While several roads have been blocked in Kaithal, protesting Jats have put up a tent in the middle of Hissar- Chandigarh national highway to express their anger for not being included in OBC category.

Government will set up centres for women in crisis internationally: Smriti Irani

Bommai has full freedom to pick his team, will not intervene: Yediyurappa