An FIR has been registered against NSUI Shahjahanpur district president Irfan Hussain for allegedly threatening a female student after she complained of molestation.(Photo: Video Screengrab)

Shahjahanpur: An FIR has been registered against a Congress student body leader who is caught on camera threatening a student after she complained of harassment in an Uttar Pradesh college.

The leader has been identified as National Students Union of India’s district president Irfan Hussain, who is absconding.

In the video, Hussain is harassing the student and saying, “You are just in the first year now, you have to stay here for three more years, sudhar jao (better behave). I will make it very difficult for you to enter the college.”

During the entire argument, the college staff did not intervene.

After the video went viral, the Congress student body suspended Hussain and ordered him not to participate in any activity in the organisation. 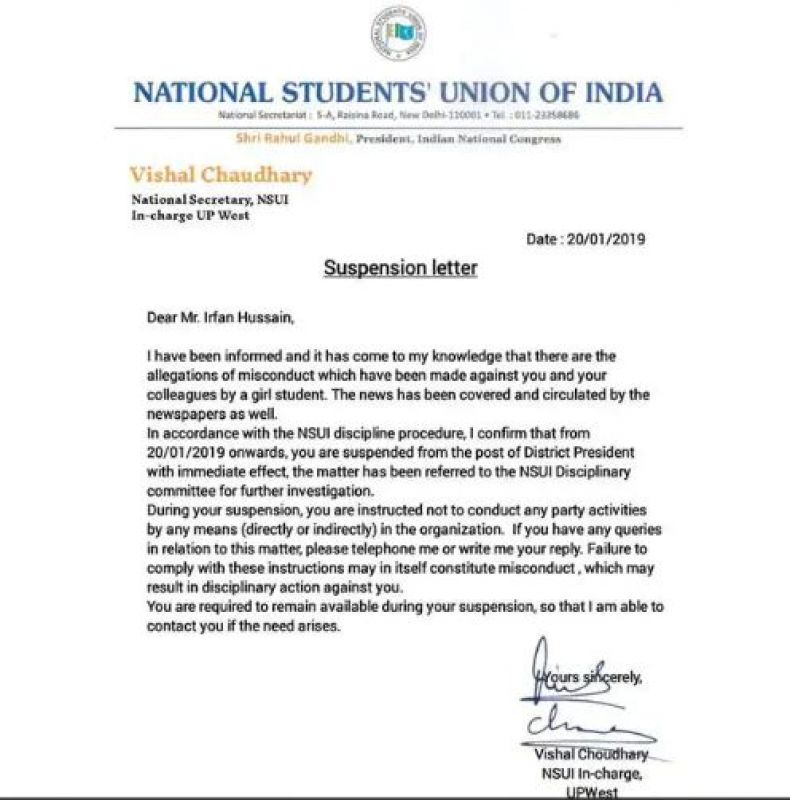 Additional Superintendent of Police (ASP) Shahjahanpur D Tripathi said, “An incident of molestation has come to notice at GF College. FIR has been registered and attempts to arrest the accused are underway.”