The Supreme Court ruling brings a wave of relief to the film fraternity but the question we need to ask is: Why was a matter that should have been handled by the state governments escalated to the Supreme Court? And why are those who threatened Deepika Padukone and Sanjay Leela Bhansali still walking free?

The Supreme Court order lifting the four-state ban on Padmavati has brought much-needed redemption to the Indian film fraternity.  The Court also rightly remarked that the responsibility of maintaining law and order is the responsibility of the state, not that of the Judiciary. On the one hand, it denotes progress.

On the other, it merely serves to remind us of the regressive beliefs and opinions into which our society is slowly sinking. It shows that filmmakers and their creativity are the mercy of a few political hoodlums. They are the hardest hit, for even though the ruling has been made in their favour, they are constantly at the mercies of the state, put through a whole lot of drama and trauma if their efforts are to reach the audience.

Why then, don't we have laws in place to preempt these goons from dictating our choices and beliefs? Despite the Constitution governing our system, this presents a scary scenario. More so because there are self-professed enforcers of morality promising to continue with the ban in violation of the SC regulation.

Even more horrifyingly, despite the Supreme Court rejecting all pleas to ban Padmavati, the Rajput Karni Sena has openly called for a nationwide 'janata curfew' on the day of the release, January 25. The bigger question remains: What are the state governments concerned planning to do about it? Their primary job is, after all, to maintain law and order. Do they intend to act against such bold, flagrant violation of an order made by the Apex Court? The film's political naysayers have even asked the public and appealed to various organisations to boycott cinema halls as they protest the film!

Clearly, if the Shri  Rajput Karni Sena's incendiary remarks are anything to go by, they will stop at nothing to ensure that Padmavati does not reach its audiences in Madhya Pradesh, Haryana, Rajasthan and Gujarat. The Karni Sena leader, Sukhdev Singh, even accused Prasoon Joshi, Chief, Central Board of Film Certfication of misguiding the Supreme Court. He even claimed, shortly before the Apex Court made its ruling, that they would "burn theatres" if the film was screened. "If violence is the way to go, I am ready to take the blame," he remarked. Even if this amounts to nothing on ground, the Rajput Karni Sena has achieved its primary aim: to strike fear in the hearts of the public.

The way forward is clear. Any violence needs to be dealt with firmly. At moments like this, I ask myself, "Are we really living in the year 2018?" I wonder sometimes if we have regressed a thousand years - the turn of events regarding the controversy, which began when the film was initially scheduled for release, allows one no hope. A matter that should have been dealt with by the state governments has been allowed to spread its rot across the country. Even a firm message from the Supreme Court doesn't appear to have fully stifled the voices of intolerance and violence.

Another issue has made itself heard over the last year or two. The functioning of the Central Board of Film Certification itself. I believe strongly in the necessity of bodies like these and the CFBC members are government-appointed. Why then, in the presence of such a body, do state governments make arbitrary decisions? And even more worryingly, why is nobody in power condemning this? In the dreadful process - the line adopted  by our authorities is fraught with ethical grey areas - the rights of the citizen have been impeded upon. This happens every time the police fail to initiate action against a goonda who has been strutting about making threats of beheading and nose-cutting.

I stand by this view. The issue that troubles me most is that the people who put a price on Deepika Padukone's head, publicly threatening to burn her alive - are still roaming free. These are the people who also made threats of bodily harm to director Sanjay Leela Bhansali, who made a tongue-in-cheek retort after the Supreme Court ruling, inviting the Sena members to watch the show ! It is only when the state government makes a stand by initiating action against  these hooligans will justice be done.

We now have to decide whether the final word belongs to the Constitution, Supreme Court, the elected government and the Prime Minister, or if we are willing to concede gravity to the threats of every Tom, Dick and Karni Sena with a political agenda and a proclivity for violence. This is utter lawlessness. Allowing these men to go free with impunity will mean a black mark against our country's history. 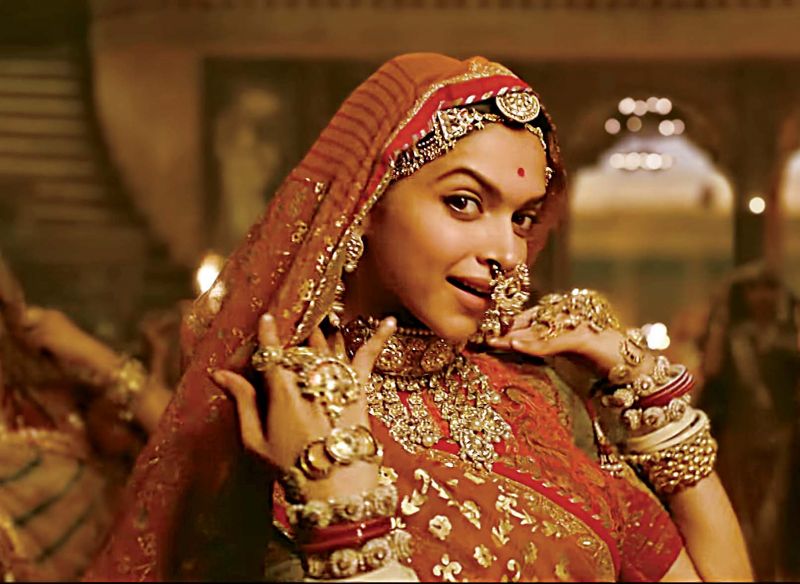 The issue that troubles me most is that the people who put a price on Deepika Padukone's head, publicly threatening to burn her alive, are still roaming free. These are the people who also made threats of bodily harm to director Sanjay Leela Bhansali, who made a tongue-in-cheek retort after the Supreme Court ruling, inviting the Sena members to watch the show ! It is only when the state government makes a stand by initiating action against  these hooligans will justice be done.