There is a statue under the Gemini flyover proudly proclaiming that horse racing had been abolished in Tamil Nadu.

The government of Tamil Nadu has taken coercive action against a couple of sports bodies. This does not bode well for sport. Nor does it do anything for the image of the State which will be seen as expressing its greed for revenue by acting against promotion of sport. The Tamil Nadu Cricket Association as well as the Madras Race Club had to go to seek legal redress against such coercive action in the form of demands in excess of Rs 2,000 crore.

As a joint lease holder, Madras Cricket Club also get dragged into the demand for land rental arrears. Bank accounts were frozen last week and Rs 46.16 lakh transferred to the government account. The MCC may be a private members’ club now but it has a rich history of having developed cricket in the State as well as hosting Test matches. How legal these moves by the revenue authorities are will be determined in the court of law. But it appears absurd that a demand for arrears went from Rs 32 lakh to Rs 1,153 crore in the space of a month as was pointed out to the court by the TNCA counsel. 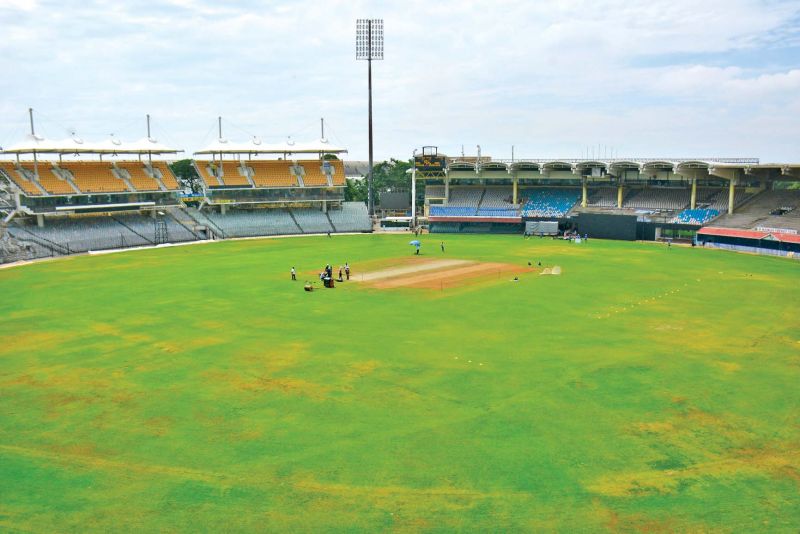 The fate of several hundred expensive thoroughbreds would have been jeopardised had the court not intervened as the authorities may have gone on acting greedily with their impossible demands from organisations that barely survive the onslaught of rising prices. Beyond employing hundreds of people, the two major organisations of TNCA and MRC serve as great lung spaces for the city that has become an unplanned and uncontrolled concrete jungle. Far from promoting sport, what these revenue-extortion methods represent is a devious takeover plan.

A racing veteran recalls that there is a jinx about ill-treating the horse which is a revered animal in history. Anyone attempting to interfere in their welfare is said to have met with a fate far worse than that of the emperors in the epics who used to conduct the Ashwamedha or horse sacrifice. He narrates what befell a few chief ministers of Tamil Nadu and Karnataka who lost power soon after stepping in to abolish horse racing or control it and those names are those of pretty powerful politicians in their time. He is convinced that the curse is not worth risking.

There is a statue under the Gemini flyover proudly proclaiming that horse racing had been abolished in Tamil Nadu. The Supreme Court rescued the sport from those who wanted to destroy it. The history of racing in Guindy goes back to 1777 and in all those 240 years the equine thoroughbred has been the cynosure.  The number of professionals who have graced this king of sports with their riding and training talent is emblematic of how horse racing has been thriving in a centre that has just regained its national standing once R. Ramakrishnan took over as chairman after the demise of the turf baron MAM Ramaswamy.

The revenue demand of? 730 crore would be impossible to meet and can only lead to destruction of sport, both in Guindy and Ch-epauk. Government departments as well as politicians have always eyed these properties. Imagine the harm they can do to the city by taking over all such land and building bungalows. There was once a proposal to take over the golf course in Nandanam / Saidapet and build slum clearance tenements. And the city has only the one golf course that passes muster for national competitions.

The city was fortunate then that both Jayalalithaa and Karunanidhi were sports lovers who were particularly fond of cricket and they would never make a move that would seem to be anti-sport. It is possible that an overzealous official in the secretariat may have acted up in the vacuum Jaya left because in the old days the matter of renewal of the lease of Chepauk and the Madras Race Club would go directly to the CM’s office. Such was the hold of these high profile sports and the influential people who headed them. Now it is apparent that a revenue-strapped secretariat is more worried about the State’s finances than the societal benefits of open lung spaces and the historical venues in which sports and sportsmen have been thriving. The government would do well to accept in the court that the revenue demands have arisen from bureaucratic accounting and that there is room for negotiation to arrive at a reasonable amount for giving these great institutions the land in the city that has made them what they are.

Pakistani, Bangladeshi Muslims should be thrown out of India: Shiv Sena in Saamana