A view of the wall structure unearthed during excavation. It depicts mastery in engineering.

CHENNAI: Archaeologists researching the Keezhadi excavations in Sivaganga district of Tamil Nadu, on the banks of the Vaigai River, say the artefacts and graffiti symbols seem pretty much similar to the signs seen in the Indus civilisation excavations. They also say that the Tamils of the Sangam period were literate, as early as 6th century BCE. 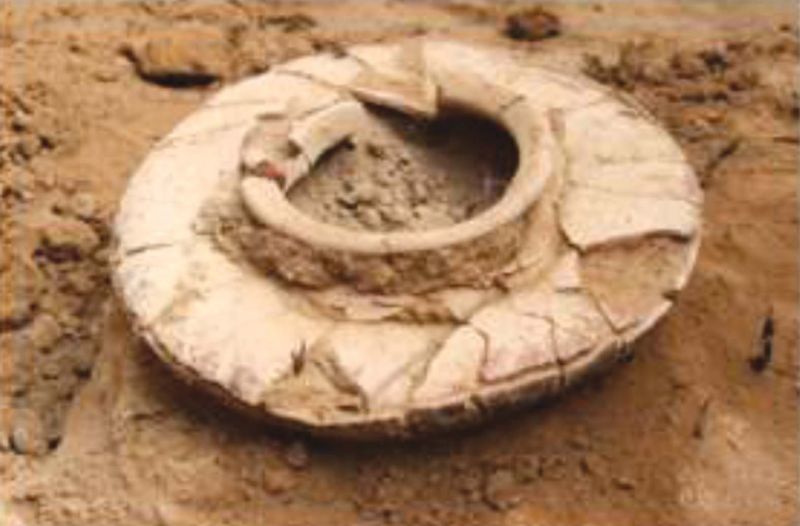 The grinding stone and well crafted terracotta vessel are among the household utensils found at Keezhadi.

Artefacts found at the site in Keezhadi, about 12 km from Madurai, push back the date of Tamil-Brahmi script to another century i.e. 6th century BCE. These results clearly ascertained that they attained literacy or learned the art of writing as early as 6th century BCE. 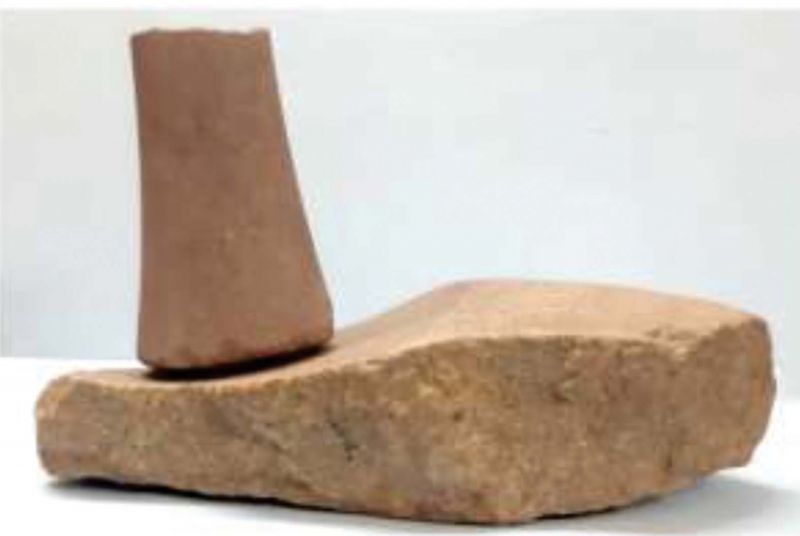 A report released by the Tamil Nadu Archaeological Department on Thursday explaining the significance of the finding said the recovery of 1,001 graffiti sherds from Keeladi excavation recalled the preliminary writing expressions of the Iron Age people.

“Like Indus script, this also could not be deciphered till date. These graffiti marks were found in Chalcolithic culture as well as in Megalithic culture,” the report said.

Beyond Tamil Nadu, these marks were recovered from the sites such as Tissamaharama, Kantarodai, Manthai and Rithiyagama of Sri Lanka. Of the graffiti sherds collected from the sites of the Indian sub-continent, more than 75 % of the symbols are traced from Tamil Nadu alone.

The symbols and graffiti are very much suggestive of the symbolic and codified expressions and communication of the megalithic and Iron Age people.

In the case of Keeladi examples, they were all post-firing in nature and were engraved by the owners after purchasing the pots. The representation of various styles of writing also suggests this view. It clearly suggests that the literacy level of the contemporary society that survived in 6th century BCE.

Further, excavations at the site suggested that there could have been a pottery making industry. This was based on analysis of 17 pottery specimens sent to the Earth Science Department of Pisa University, Italy, through Vellore Institute of Technology for mineral analysis. The results confirmed that water container and cooking vessels shaped out of locally available raw materials. Interestingly, two quadrants of adjacent trenches below the depth of 4 m revealed heaps of potteries of many cartloads.

The 70 samples of skeletal fragments collected from Keeladi and sent to Deccan College, Post Graduate and Research Institute, Pune to analyse the faunal remains, were identified as that of cow/ox, buffalo, sheep, goat, Nilgai, Blackbuck, wild boar and Peacock. Ox, cow, buffalo and goat were predominantly used for agriculture purposes while some of the animals like antelope, goat and wild boar were consumed.

The State department took over after the ASI gave up on the excavations after three seasons of work that began in 2015.

Capital in Vizag can turn ASR district into tourist hub

Apologise for unruly behaviour or be debarred, HC warns advocate