BBMP to meat vendors: Clean up or else...

Bengaluru: It is the clean-up act at last for the dirty, stinking meat stalls at Shivajinagar, Johnson, KR and Russell Markets in the city. The BBMP has cracked its whip against meat vendors at the historic Shivajinagar market and ordered the stalls shut till the vendors cleaned up the market and maintained hygiene.

BBMP Joint Commissioner Sarfaraz Khan, who is known to conduct surprise checks during his free time, visited the Shivajinagar meat market on Monday morning. He was shocked to see meat being sold under unhygienic conditions without a proper system to dispose of waste meat. He immediately ordered the market closed till the meat vendors cleared the mess. 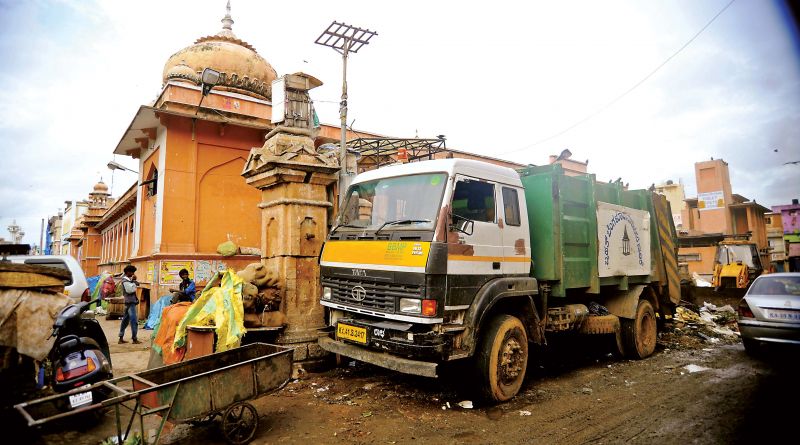 Mr Khan told Deccan Chronicle, “During my free time, I visit public places to find out if things are fine. On Monday, I saw that the Shivajinagar Market was dirty and vendors operating under filthy conditions. Such unhygienic conditions create problems not only for the customers, but also the residents staying nearby.”

He said, “We have received complaints that meat that is three to four days old was being sold at the market. I have asked our officials to find out if it is true. I have ordered the market to be closed till meat vendors cleaned up the whole area. These meat vendors make a lot of money, but are not willing to invest on big bins to collect animal waste and hand it over to empanelled vendors,” he said.

On similar conditions at Russel, KR or Johnson markets, Mr Khan said that all markets will be monitored henceforth. “If they too are found to be dirty and not handing over animal waste to empanelled vendors, action will be initiated against the guilty,” he said.