Adding to the long list of confessionals come the recent allegations of sexual harassment in Indian Institute of Bombay (IIT-B). (Photo: PTI | File)

Mumbai: A senior student of the Indian Institute of Technology, Bombay has been charged with sexually harassing a junior male student of the premiere college and faces disciplinary action but not expulsion.

An anonymous post has been put up on a Facebook page called ‘IIT-Bombay Diaries Confessions’ detailing the nature of the harassment. 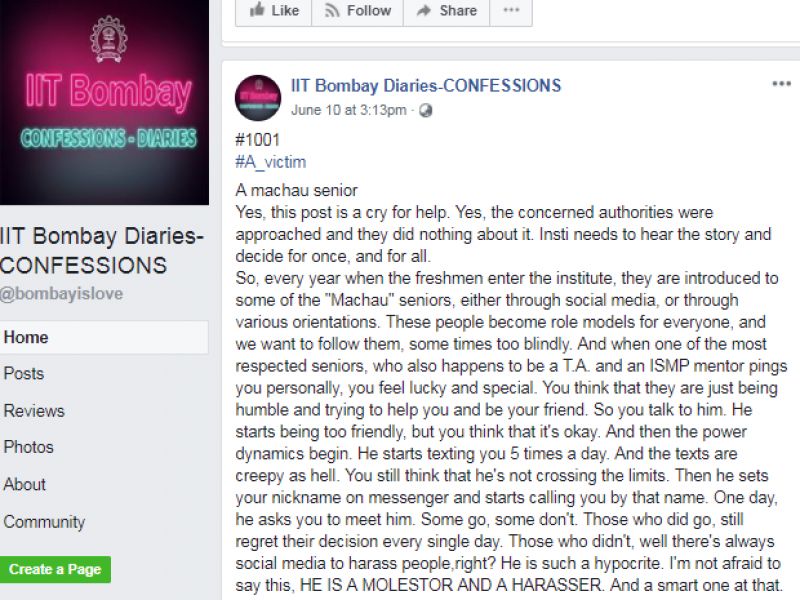 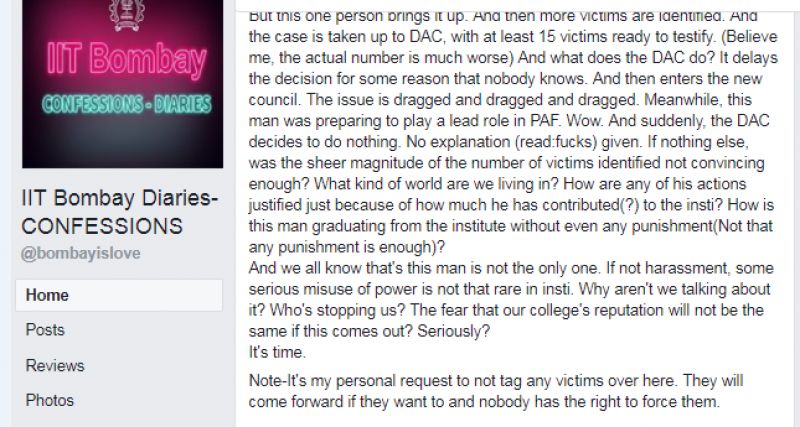 An official from the institute, Dean of Student Affairs Soumyo Mukherji, has confirmed that he received five complaints against the senior student, including the first victim who put up the Facebook post.

Complaints started pouring in from March this year.

According to the very specific complaint, a senior student has been touching male students inappropriately and making them feel uncomfortable in hostel rooms.

An official from the institute, Dean of Student Affairs Soumyo Mukherji, said that five anonymous complaints had been received by the institute against a student in March this year.

The officials said, "There is zero tolerance of such actions in IIT Bombay. The problem with the complaints and complainants is that it is coming from a third party, which might have twisted some facts into something else. The other issue is that we have only received five complaints and the number fifteen that is being stated in the media has not been confirmed yet."

A Disciplinary Action Committee was set up immediately to look into the matter. “Three of the five complainants had deposed before the committee and swift action was taken. Some disciplinary action was taken against the student against whom the complaints had been received but there wasn’t enough circumstantial evidence to expel him,” the Dean said.

When this correspondent got in touch with the faculty, they too confirmed of having received the complaint in early March with action being taken on March 21. The meeting was held for 8 hours and the accused was asked to step down from the various positions he was holding during his tenure.

“The screenshots that are being shared with media isn't from the earlier case and to investigate new complaint we need time and of course, justice will be given,” the source added. 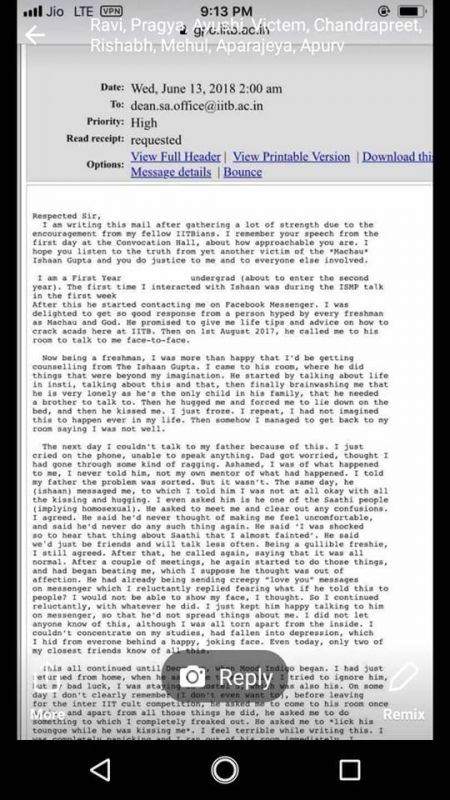 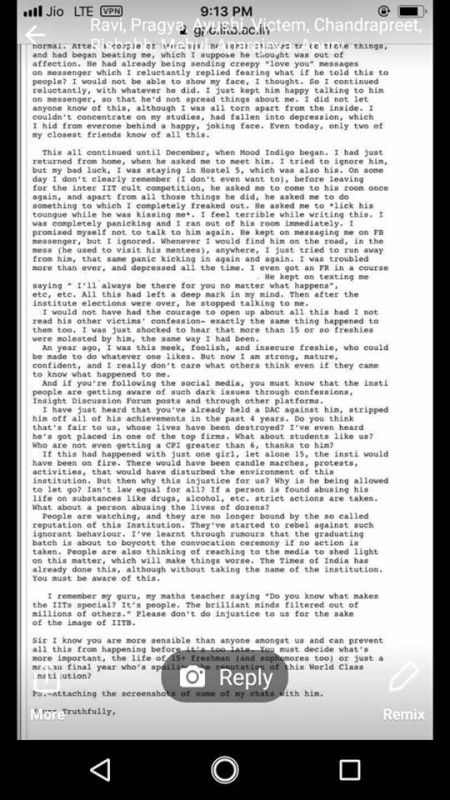 After the student graduated, the complaints gathered momentum on social media with alleged victims posting about molestations at the hands of the student on a social media page, IIT Bombay Diaries-Confessions.

Thereafter other students came out with similar complaints of molestation on the social media page against more than one student.

This senior student is a former student of IIT-B, as per the administration.

Mukherji said, “This student has completed his graduation from IIT-B and is currently not studying in the institute. We initiated an investigation and took action in March. Now, we have again received complaints but we cannot take any action based on anonymous complaints. We want students to come ahead and mention their names and give a deposition. They should not fear if they have not done anything wrong.”

Without proper redressal mechanisms that ensure quick action, many freshers choose to not complain fearing for their safety and also to ensure that their much-coveted admission does not go in vain.