Beijing: China on Monday said differences remain among NSG members over the inclusion of new countries and the issue was not even on the agenda of the grouping's meeting in Seoul this week, a day after External Affairs Minister Sushma Swaraj asserted that Beijing was not opposing India's entry.

"We have stressed that the Nuclear Suppliers Group (NSG) is still divided about non-NPT countries entry into the NSG and under the current circumstances we hope that NSG will make through discussions to make a decision based on consultation," Chinese Foreign Ministry spokesperson Hua Chunying told a media briefing.

Answering questions about Foreign Secretary S Jaishankar's visit here on June 16-17 and Swaraj's remarks, Hua said India's admission into NSG is not on the agenda of the Seoul meeting of the 48-member elite club to be held on June 24.

"I want point out that the NSG agenda has never covered any issue concerning the non-NPT countries joining the NSG," Hua asserted.

Her remarks came even as Swaraj yesterday said India was confident of getting NSG membership this year. 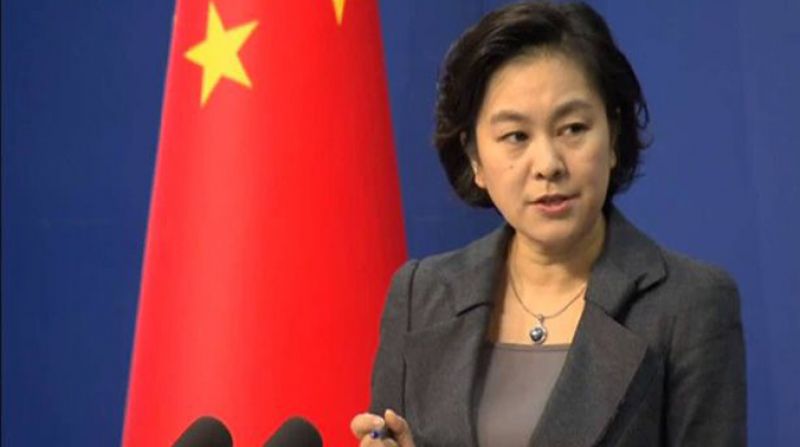 "China is not opposing membership of India in NSG, it is only talking of criteria and procedure. I am hopeful that we would be able to convince China as well to support our entry to the NSG," she told a press conference.

"I think that there is a consensus which is being made and I am sure that India will become the member of the NSG this year," she had said.

Hua said, "China maintains that NSG should have through discussion on the joining of the non-NPT countries in a way agreed by all parties, so as to make a decision based on agreement. This position is not directed against any country and applies to all non-NPT states," she said.

Asked for further clarification on whether the issue has not been listed for the meeting, Hua said, "non-NPT countries entry has never been a topic of the agenda of NSG meetings. So in Seoul meeting there is no such topic."

On Jaishankar's visit, Hua said Chinese foreign ministry officials met with him and discussed the bilateral relations and issues of common interest.

Foreign Minister Wang Yi also met with him, she said.

"During Indian foreign secretary's visit, he expressed India's hope about joining the NSG because India is in need of the large amount of nuclear energy to deal with climate change," Hua said.

"China said we understand India's requirement for developing nuclear energy and also reaffirmed that the NPT as the cornerstone of the nuclear non-proliferation regime. We stressed that the NSG is still divided about the non-NPT countries into the NPT," she said.

Responding to another question on China's stand, Hua said, "As you just said during foreign secretary's visit India has expressed its hope of joining the NSG. We have also exchanged views with the Indian side about that."

"As per the NSG meeting, whether or not it is proper platform to discuss the entry issue...as I just said the international community has different opinions concerning the non-NPT countries joining the NSG.

"Therefore we maintain that we should have a thorough discussion so as to make a decision based on consultation so the NSG should first discuss the entry issue of non-NPT states as a whole instead of any specific non-NPT countries joining," Hua said.

India's case for NSG membership is being strongly pushed by the US, which has written to other members to support India's bid at the plenary meeting of the group in Seoul.

While majority of the elite group backed India's membership, it is understood that apart from China, countries like Turkey, South Africa, Ireland and New Zealand were not in favour of India's entry into the NSG.

China maintains opposition to India's entry, arguing that it has not signed Nuclear Non-Proliferation Treaty (NPT).

China wants NSG membership for its close ally Pakistan if NSG extends any exemption for India.

India has asserted that being a signatory to the NPT was not essential for joining the NSG as there has been a precedent in this regard, citing the case of France.

The NSG looks after critical issues relating to nuclear sector and its members are allowed to trade in and export nuclear technology. Membership of the grouping will help India significantly expand its atomic energy sector.

India has been reaching out to NSG member countries seeking support for its entry. The NSG works under the principle of consensus and even one country's vote against India will scuttle its bid.

■China is not against India in NSG, says Sushma Swaraj
■NSG to take up Pakistan and India's membership requests this week

Rains to continue for 28 hours in Telangana