Shaktiman was injured on March 14 during a BJP protest in Dehradun. (Photo: PTI)

"Shaktiman was injured on March 14 after which we had to operate on him. He was later fitted with an artificial leg. But he was unable to fully recover from an infection," SSP Dehradun Sadanand Date said. 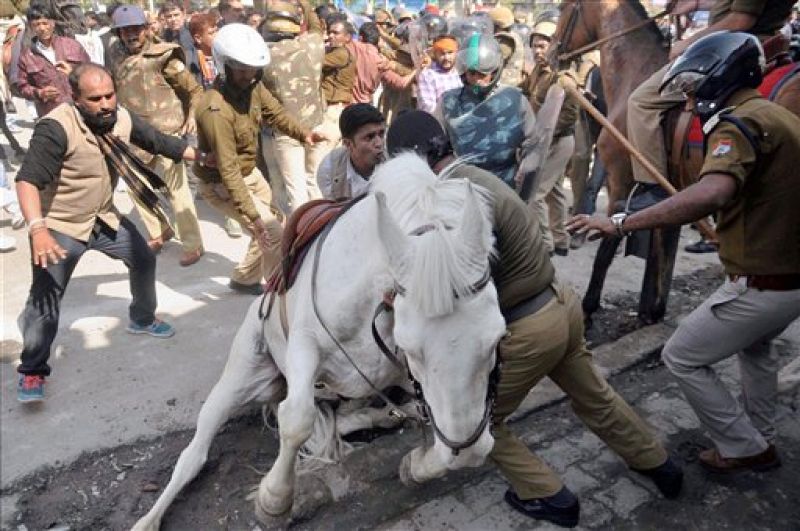 File photo of Police personnel trying to sheild the horse from protesters. (Photo: PTI) The horse had lost its leg after it was brutally beaten during clashes between BJP protesters and the police on March 14.

BJP MLA Ganesh Joshi, accused of assaulting Shaktiman, was arrested after national outrage over the incident.

Joshi however on Wednesday claimed he was innocent and dared those accusing him to cut his leg if they could prove his guilty.

" I already said that I am not at fault, if found guilty then cut my leg," Joshi told reporters after he learnt of the horse's demise. He also paid tribute to the horse along with other BJP members. 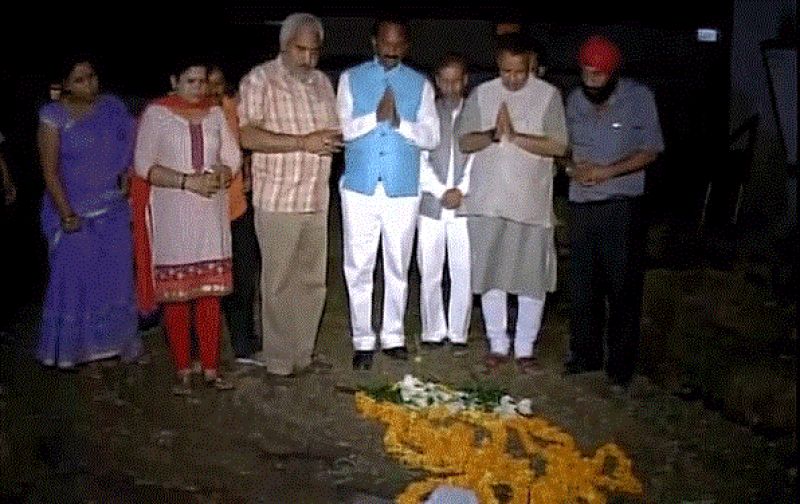 The 13-year-old Shaktiman was given a prosthetic leg and was confined to the police lines. It was a well trained horse and part of Uttarakhand Mounted Police for years.

"The horse passed away at 5.30 PM. He was suffering from medical-related complications. The exact cause will be known only after post-mortem," IG Garhwal Sanjay Gunjyal said.

Expressing shock over the demise of the horse, former Uttarakhand Chief Minister Harish Rawat said,"It was a brave soldier of Uttarakhand and died while performing its duty."

Telangana cabinet to meet on June 8; to take call on extension of lockdown