Indira Canteens opened in the city in 2017 with a great deal of promise, a replica of the Amma Canteen in Tamil Nadu which provides subsidised food, with breakfast priced at Rs 5 and lunch at Rs 10.

Indira Canteens opened in the city in 2017 with a great deal of promise, a replica of the Amma Canteen in Tamil Nadu which provides subsidised food, with breakfast priced at Rs 5 and lunch at Rs 10. A Congress initiative, they came as a boon to the city’s working class. However, it wasn’t long before complaints were raised about the quality and quantity of food.  Now, a lab report has confirmed that the food is not fit for human consumption. Activists are pushing for an audit and have demanded that the contract be given to self-help groups, reports Aknisree Karthik.

They were expected to do for the Congress party what the  Amma Canteens did for the AIADMK in Tamil Nadu. Promising to provide good quality food at highly subsidised rates, the Indira canteens opened in Karnataka in August 2017. Although all seemed well initially with the poor enjoying a breakfast for Rs 5 and lunch for Rs 10, the canteens have of late  been in the news for the wrong reasons, much to the dismay of the Congress, which can do without the negative publicity with the parliamentary polls approaching.

But it is currently having to face charges from BJP corporator, Umesh Shetty, who claims to have collected samples from various Indira canteens following complaints about the quality of food served by them and received confirmation that it is unfit for consumption.

Pointing out that over 16,000 pourakarmikas regularly eat at the  Indira canteens,  he says many had begun to fall sick in recent weeks, complaining of vomiting and diarrhoea.

“It was only after this that I realised the seriousness of the  situation. The canteens, which are spread over all 198 wards in the city, are visited by thousands of people and their health was at stake. So I decided to collect samples from the canteens and send them for  a lab  analysis and it has confirmed my suspicions. The food is not fit for consumption,” he claims.

According to him all samples of rice bath, sambar and bisi bele bath collected from different canteens at Nagapura, Jayanagar, J P Nagar, Moodala palya and Byatarayanapura were certified unfit for human consumption by the M S Ramaiah Hospital and the Public Health Institute.

But ask a  senior health inspector of the BBMP and he denies there is any cause for  concern about the quality of food served at the Indira canteens. "Under the rules we can even cancel the tenders of the contractors if the food is not found  fit for human consumption. But they are following strict protocol on both the quality and quantity of food served. There isn't any problem with the food served at the Indira canteens," he asserts, adding that to reinstate public confidence in the canteens, their food samples have been sent to the FSSAI labs for testing.
But Mr Shetty is not convinced that the FSSAI, which is a government body, will do an impartial job. “Being a government agency, it  will try to protect the state,” he charges, claiming that that the report given by the M S Ramaiah Hospital is far more reliable.

When the idlis are served cold
In the year since their launch in August 2017, the Indira canteens served over six crore meals. But questions are now being raised about the quality and quantity of the food they are serving the poor who frequent them. Some who eat at the  canteens say they throw away the food as it is either cold, over cooked or not cooked properly. 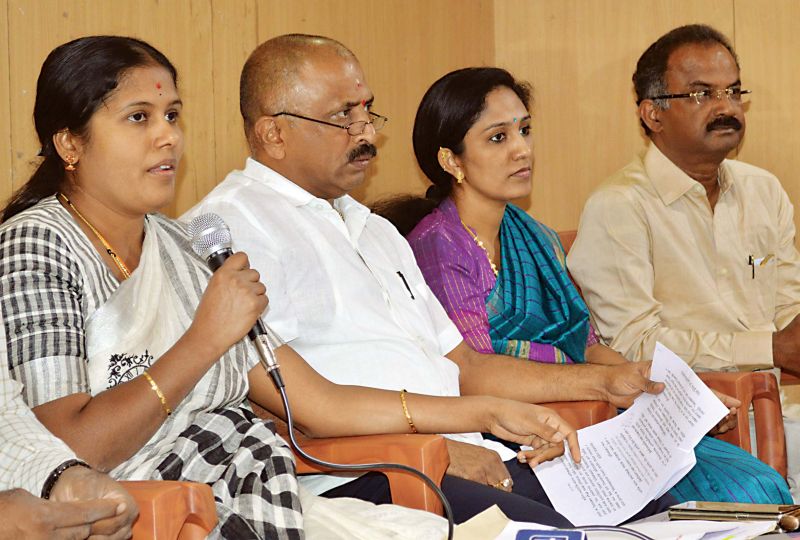 Every day the canteens serve idlis, tomato bath, vegetable pulav, avalakki bath, rice-sambar and curd rice, but none of it is palatable , they complain. "As the food is supplied to the canteens from centralised kitchens, it turns very cold by the time it comes on our plates," said Mr Ganga Raju an auto driver, eating at the Indira canteen in K R Market.

“Sometimes the idlis served here are so cold that we cannot even break them down. We leave them on the plate and leave,” he added.

“No doubt the food  is  cheap. But for that reason, can we eat half boiled rice ? Sometimes the rice is over-cooked or the dal in the sambar is burnt,”, said Mr Mohammed Khalander, a mechanic, who was eating at the Chalwadipalya Indira canteen.

“It’s true that we can have rice-sambar for Rs 10 here, but if we pay another Rs 15 or 20, we can get quality food elsewhere and hold the restaurant responsible  if the food is not good. Here at these canteens there is no proper mechanism to lodge complaints and many of us are not educated enough to take the complaints forward,” he added, painting a grim picture of the canteens that are meant to feed the poor and hungry of the city.

UP Assembly polls: AIMIM denies reports of alliance with SP