Amazon had conveyed its regret to India over a “third-party seller” in Canada offending Indian sentiments by selling doormats.

New Delhi: After strong objections from New Delhi, global online vendor Amazon has stopped selling flip-flops with Mahatma Gandhi's image on its website. This comes a few days after the company pulled out doormats with the Indian national flag on it from its Canadian website.

On Thursday, Ministry of External Affairs (MEA) Spokesperson Vikas Swarup said, “You would recall my earlier statement that following External Affairs Minister (EAM)'s tweets, our Ambassador in Washington had been instructed to convey to Amazon that while providing a platform for third party vendors, they should respect Indian sensitivities and sentiments. We have been in touch with Amazon both in Washington as well as in Delhi and we have had constructive conversations. I am happy to report that the offending item has since been pulled by Amazon and we hope that our engagement will continue to be fruitful.” 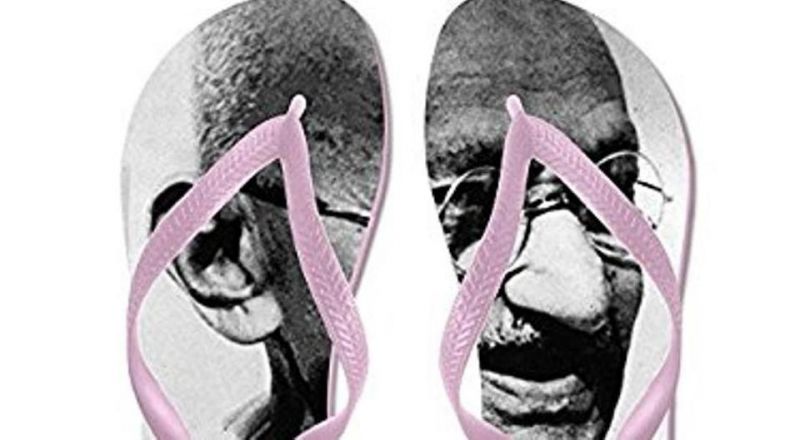 Swarup said that he was referring to the “flip-flops” (with Mahatma Gandhi's image on it) as the “offending item” which has now been pulled out by Amazon. External Affairs Minister Sushma Swaraj had earlier received several complaints about Amazon selling these flip-flops.

Amazon had conveyed its regret to India over a “third-party seller” in Canada offending Indian sentiments by selling doormats in Canada with the Indian flag on it on the Amazon site in that country, adding that it has already pulled out the item from its website.

This had come after Swaraj had threatened to revoke the visas of all officials of Amazon as well as not grant any visas henceforth to them unless the company apologised for selling these offensive doormats.