Uber Cabs spokesperson from Delhi Prasidha Menon said the service had blacklisted customers in two cases – one relating to physical harm to the driver and another with regard to fraud during payment. (Representational image)

Hyderabad: Cab operators and travel agencies have begun maintaining a blacklist of customers who misbehave with drivers and escape without paying taxi charges.

Uber Cabs spokesperson from Delhi Prasidha Menon said the service had blacklisted customers in two cases – one relating to physical harm to the driver and another with regard to fraud during payment. “Some customers frequently book cabs and cancel them immediately. This is the third category in the blacklist but it is very rare,” she said. 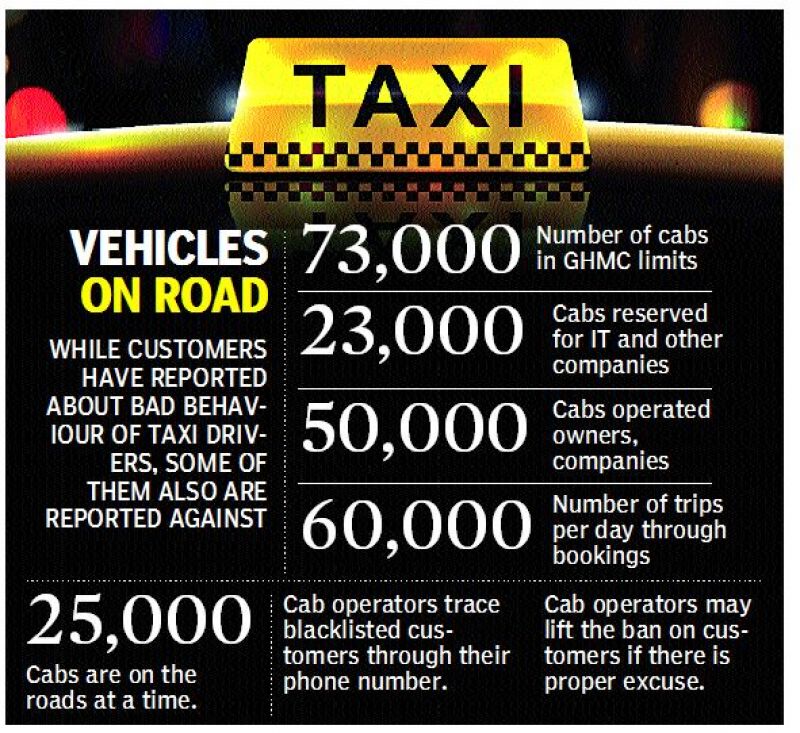 Mr Kishore Simhadri, a driver-cum-owner with Ola Cabs, said a a few customers rile drivers while paying taxi-charges. “Some argue with filthy language if we ask for waiting charge. Some customers give high denomination notes and demand change immediately. When we ask for PayTM, they say they do not have the app. In such cases, we recommend blocking the customers," he said.

In a a few cases, customers with criminal intent book cabs during late hours and take the cab to isolated areas or the Outer Ring Road where they attack the driver and flee with the cab. In the last six months, four such cases have been registered with the police. Cab operators trace the blacklisted customers through mobile phone number, email ID and full name registered with the their apps.

A cab operator said that they send a message to the customer stating that he has misbehaved with the driver and his name is in the blacklist. “In a few genuine cases, we lift the ban if the customer explains his behaviour. So far, no customer has explained or urged us for reconsideration," he said.