Memes being circulated on social media.

Chennai: Irritated over poor civic administration and absence of elected councils, residents and civic activists are now venting out their anger through funny memes, where babus and politicians are teased for not attending public issues. 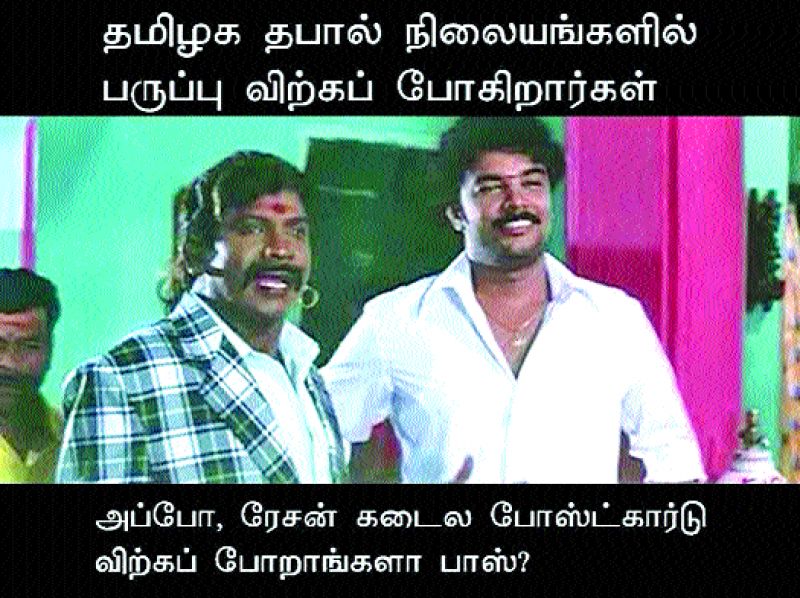 “A new bungalow on Chitlapakkam main road, built using several crore as a guest house for politicians. On the other hand, the government has NO MONEY for cleaning or desilting or to do anything for the Chitlapakkam lake for FLOOD readiness measures. What kind of rulers are ruling us,” read a social media post by Chitlapakkam rising, a social media civic group of Chitlapakkam residents.

“We have sent a RTI asking about details. But, I request all of you to send individual complaints to CM cell. Let’s not stop by giving suggestions in Facebook and WhatsApp. Let’s also send one complaint in our own names,” read a post by Sunil Jayaram of Chitlapakkam rising.

“Memes are now catching up and every week I receive at least ten memes of which mostly are related to the current political trends and off late, civic complaints are also forwarded as memes,” said a Chennai corporation engineer, sharing a few memes, which he received.

“Memes not only explain the point, but the funny narration helps officers understand the public mood. Of late, a lot of memes on ration shops and aadhar cards are very popular,” said S. Purushothaman, president, Chennai Managarathci Pothu Uzhiyar Sangam.