The cash nibbled by rats in an ATM in Assam's Tinsukia district. (Photo:@kundaliyaketan | Twitter)

Guwahati: A bank ATM in Assam's Tinsukia district recently hogged limelight for a bizarre and oddly funny incident. Wad of notes, amounting to almost Rs 12 lakh, were found shredded to tiny bits inside the ATM machine on June 11.

The ATM belonging to State Bank of India in Laipuli area was shut since May 20, reported Indian Express. However, on June 11 a few repairmen had reached the ATM to fix it, and to their surprise they found rats feasting on the currency.

The repairmen were stunned to find Rs 500 and Rs 2,000 notes nibbled by rats and shredded to tiny pieces. 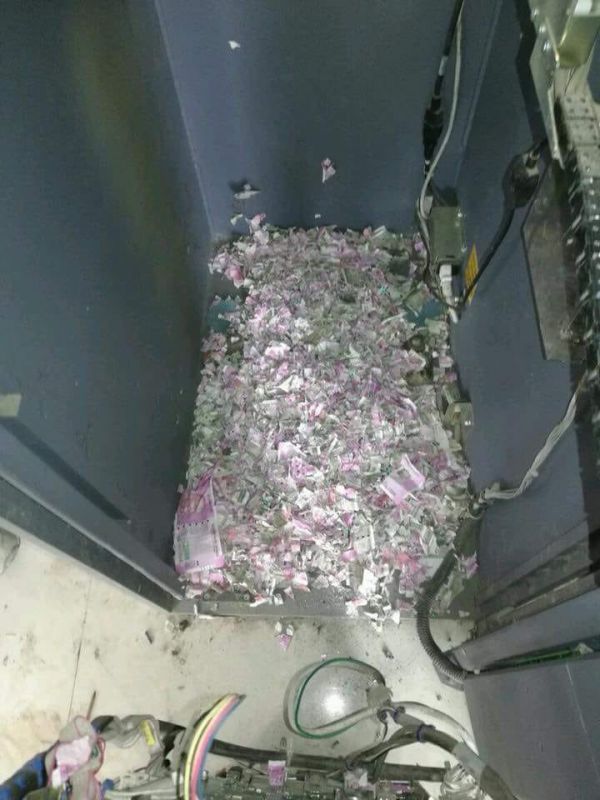 On May 19, a Guwahati-based financial firm had reportedly deposited Rs 29 lakh. However, the ATM stopped working the next day. Almost Rs
12, 38,000 has been destroyed according to bank officials.

“We have been able to salvage about Rs 17 lakh,” a bank official confirmed to a local news channel, reported Indian Express.

A video circulated on social media also shows a dead rat in the huge pile of shredded currency. An FIR has been registered in the case and the police are investigating why the ATM was shut for almost a month.

Many people took to Twitter to express their shock and also make sense of the weird incident.