Rain likely to hit Telangana, Andhra Pradesh between June 5 and 10

Hyderabad: The southwest monsoon will set in over Kerala on May 29, three days earlier than usual. If the monsoon keeps to the timeline, rain will hit the Telugu states between June 5 and 10, and cover TS and AP by June 12. 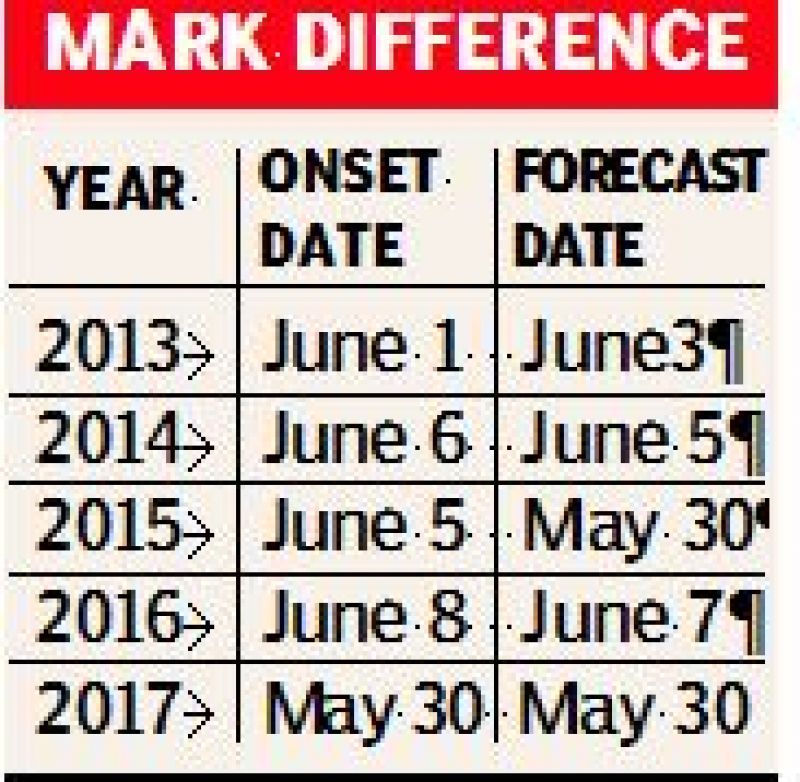 In its first stage long-range forecast for the monsoon, the IMD had predicted that the country was expected to receive 97 per cent rainfall of the Long Period Average. The monsoon is considered normal if the average rainfall is between 96 to 104 per cent of the LPA.

The monsoon onset date is announced by calculating six parameters including minimum temperatures over northwest India and pre-monsoon rainfall peak over the southern peninsula and four other conditions over the South China Sea, southeast Indian Ocean, east equatorial Indian Ocean and the south-west Pacific region.