The President of MRPS along with a few other leaders was detained while hundreds of other activists were shifted to other police stations and detained as a preventive measure. (Photo: Deccan Chronicle)

Hundreds of MRPS activists who adhered to “Chalo Tank Bund” flash call on Sunday were detained by the police who were caught off guard of their plan.

The MRPS held a meeting to commemorate Bharathi, an MRPS activist who died of a “cardiac arrest” while participating in a protest last month at Ranga Reddy district collectorate.

The meeting was held at Sikh village in Secunderabad.

After the meeting, the MRPS leader gave a call to lay siege to Tank Bund.

The police who were busy with World Telugu Conference and the public meeting of MRPS then tried to stop them at Sikh village.

By the time a few hundred had already reached Tank Bund and its vicinity areas.

Manda Krishna Madiga, president of MRPS along with a few other leaders was detained and shifted to Kamatipura police station in Old City.

Hundreds of other activists were shifted to other police stations and detained as a preventive measure. 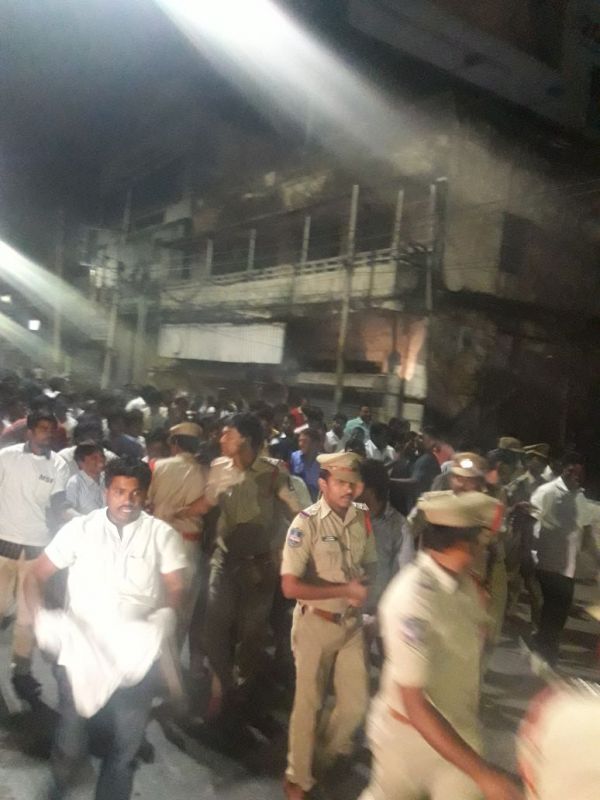 The police took a couple of hours to mobile forces and prevent the activists and almost about 2,000 activists were reportedly detained by the police. (Photo: Deccan Chronicle)

It took a couple of hours for the police to mobile force and prevent the activists from succeeded in their plans.

About 2,000 activists were reportedly detained by the police and shifted to various police stations.

However, the Chief Minister has failed to fulfill his promises and betrayed the Madiga community people.

Hotelier killed as speeding car falls off flyover in Hyderabad

After AP and Telangana, Karnataka state transport staff to go on hunger strike

People have the right to protest, but must have balancing factor, Supreme Court says