3 killed in suspected terror attack on religious congregation in Amritsar

The police said the incident appears to be a 'terrorist act'. (Photo: PTI)

Amritsar: Three persons were killed and 20 injured in a grenade attack on a religious congregation here on city outskirts on Sunday, an incident which the police are treating as a “terrorist act”.

The grenade was lobbed by two persons who had come on a bike and had their faces covered. The Director General of Police Suresh Arora, who along with senior police officers rushed to the spot, said the incident appears to be a “terrorist act”. 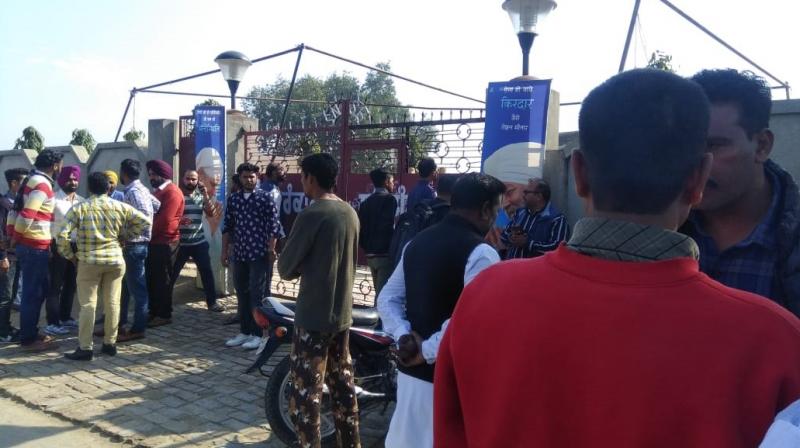 He said that three people had died in the incident and 20 others were injured, two of them seriously. Inspector General of Police S S Parmar, who visited the incident spot, told reporters that about 200 devotees including many women were inside at the time of the incident. No CCTV was installed at the premises, preliminary investigations found, he said.

After the incident, the Bhavan was sealed by the police and security was stepped up at other "Nirankari Bhavans" in the state.

Chief minister Capt Amarinder Singh said the possibility of involvement of ISI-based Khalistani/Kashmiri terror groups could not be ruled out.

He also announced a compensation of Rs five lakh each to the kin of the dead and directed the district administration to provide the best possible medical care, free of cost, to the injured.

Preliminary investigations have so far revealed that two men, one of them with a flowing beard, with covered faces, allegedly forced their way into the hall by brandishing a pistol. They detained the sewadar, lobbed the grenade into the prayer room, and fled on a motorcycle.

A small crater was formed by the impact of the explosion, and was being examined by the forensic team. The safety valve of the grenade has also been found and is being examined.

Notably, the grenade attack took place amid Punjab being on high alert following an input claiming that “a group of six to seven JeM terrorists were in Punjab and were 'planning' to move to Delhi.”

Moreover, the security agencies were also on alert after four persons snatched an SUV from its driver at gunpoint near Madhopur in Punjab's Pathankot district a few days back.

PM Modi to raise concerns on Afghanistan at SCO summit