From Karnataka to London, BJP takes Basaveshwara tribute to Lingayats

Bengaluru: With less than a month left for the Karnataka Assembly elections, politics over the state's Lingayat-Veerashaiva votes found fresh impetus Wednesday with the birth anniversary of Basaveshwara, the 12th-century saint revered by both sects.

Prime Minister Narendra Modi on Wednesday paid floral tributes at the bust of the saint at Albert Embankment Gardens in London, where he is today as part of a four-day trip to Sweden and England.

After unveiling a statue of the saint, Prime Minister Narendra Modi uploaded this video on Twitter.

On his Jayanti, I bow to Bhagwan Basaveshwara. He has a special place in our history and culture. His emphasis on social harmony, brotherhood, unity and compassion always inspires us.

Bhagwan Basaveshwara brought our society together and gave importance to knowledge. pic.twitter.com/akJPVyuH5D 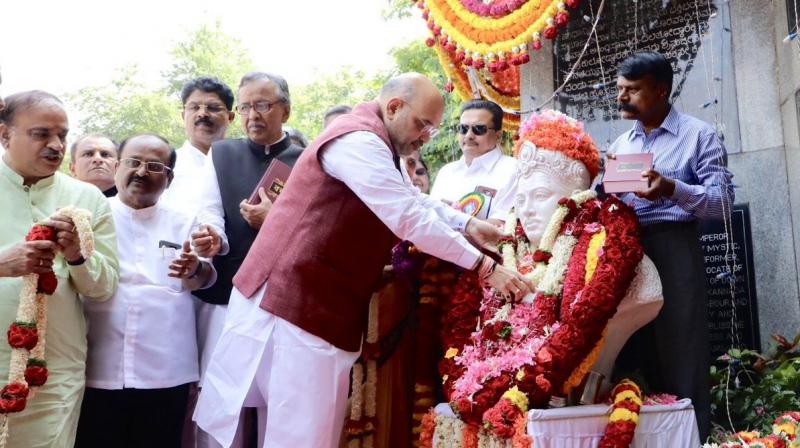 Amit Shah, who is in Karnataka for another round of campaign ahead of the polls, started the day with a visit to a Basaveshwara statue. (Photo: Twitter | @AmitShah)

Amit Shah, who is in Karnataka for another round of campaign ahead of the polls, started the day with a visit to a Basaveshwara statue.

The BJP national president visited several Lingayat mutts and met leaders of the sect in Karnataka. 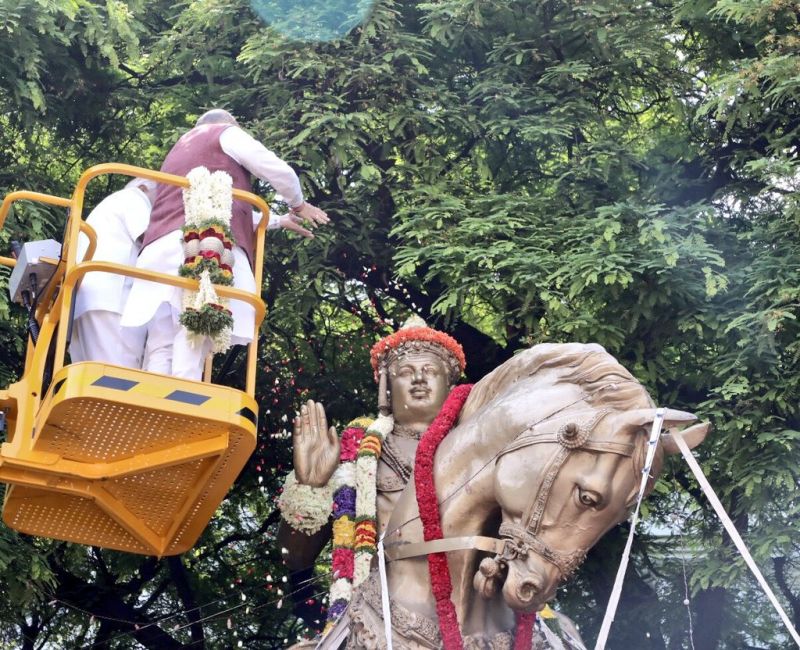 The Congress was not too far behind. The party also made similar plans for Chief Minister Siddaramaiah.

My tributes to Basavanna on the auspicious occasion of Basava Jayanti.

There was much drama too between the BJP and the Congress on this sudden spurt of veneration of the saint.

"Siddaramaiah should not be allowed to garland any statue of Basaveshwara throughout the state," said Shobha Karandlaje, the BJP lawmaker from Udupi-Chikmagalur constituency.

She went on to add, "Mr Siddaramaiah split the Lingayat community only with an intention to gain votes and create a vote bank for his party... I request all the Lingayats and Veerashaivas to bar Siddaramaiah from garlanding Basaveshwara's statue.”

Though Karnataka Chief Minister Siddaramaih has maintained silence on her BJP’s outburst, his home minister Ramalinga Reddy lost his cool. "Who is she? Who is she to tell us? Basaveshwara is not the property of Shobha Karandlaje," Reddy said.

The BJP, which traditionally enjoyed support among the state's substantial Veerashaiva-Lingayat community, has been blindsided by the Congress move to provide Lingayats with religious minority status, which helps a community get government grants and other advantages in education.

The Congress move has even found support among the key religious figures in the community. One of them even communicated this to BJP chief Amit Shah during his visit to the state and later, made the letter public.

The BJP, on its part have gone all out to stem the uprising. Over the last month, the BJP leaders belonging to the Lingayat community, including its chief ministerial candidate BS Yedyurappa, have spoken at length, alleging the Congress move is politically motivated.

Professor Shoma Sen, arrested in Elgar case, to get her retirement benefits

In Tamil Nadu, if you fly back from abroad, you go to quarantine hotel. Period.

2 killed in cop firing after violence in Bengaluru over derogatory post, accused held